Since the end of lockdown, littering in public places has been on the rise, indirectly damaging businesses as well as leading to very real clean-up costs. Here, Laura King explores what businesses can do to combat litter in their local area. 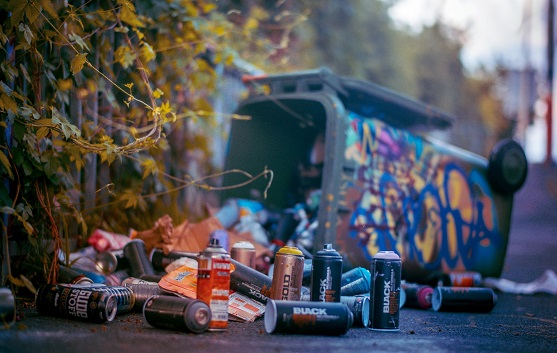 Littering has always been a blight on public spaces, and where people go, littering usually follows. With the increase in our collective appreciation of the outdoors over the pandemic — either as a critical part of our hourly exercise during lockdown, or when picking an area of natural beauty for a staycation — you would be forgiven for thinking that people would take greater care to keep areas pristine, but sadly littering appears to have increased.

For example, a Keep Britain Tidy (KBT) survey of local councils found that, on average, they had spent an additional £33,000 over three months tidying up after people, clearing up an average extra 57 tonnes of waste. One council responding to the survey commented that: "The levels of litter and waste being left by members of the public has reached unprecedented levels. I have officers with nearly 30 years of experience working in parks and they claim they have never known a period as bad as this.”

Litter is not just a headache for local councils, it is also bad for business. One poll by KBT revealed that 34% of people in England would be less likely to buy from a company whose packaging they saw littered. A huge 82% of respondents thought businesses should do more to prevent litter. Furthermore, despite an estimated 62% of people who drop litter, people do not like it.

All of these negative perceptions have a very real impact on businesses, including damage to tourism, as well as decreases in the price of property.

Why do people litter?

The reasons why people litter are varied and complex, and will depend on demographics, situations, types of litter, as well as location.

For example, the most common type of litter by item is cigarette butts, as once someone has finished a cigarette, they need to get rid of the butt quickly — it’s not something you can easily put in your pocket! As a result, many cigarette butts get thrown on the floor, and in many cases, smokers will not necessarily even perceive discarding their spent cigarette as littering.

Young people litter for different reasons. Research has shown, for example, that young adults like to stay with their group and so if eating food while out and about, they are more likely to litter when they’ve finished, rather than move away from the group to find a bin. Littering can also be seen as a relatively “safe” form of rebellion.

Litter also encourages littering, often known as the broken window theory. However, research by KBT has shown that as well as creating general dis-amenity, there are also types of litter known as “beacons of litter” that are especially effective at attracting more litter. Litter beacons tend to be types of litter that are larger, colourfully branded and easily recognisable — for example drinks containers or crisp packets.

What can businesses do about it?

Putting in extra street bins is not the solution, as anyone can see when walking down a littered high street with a bin every 20 metres. Instead, behaviours need to change. This, however, is not an easy task and anyone looking to tackle litter will find that change does not happen overnight. For littering to stop, people need to take personal responsibility, but there are things businesses can do to help move people in the right direction.

“Firstly, identify what is causing the problem. This means identifying the key types of litter you are trying to tackle and the behaviours that are leading to littering in the first place. Secondly, businesses need to put in place the right solution and messaging for the problem. If people have the means to do the right thing, and know what to do, then they are much less likely to litter. Lastly, make sure that any solution is well-maintained, clean and feels good to use.”

For example, taking a relatively simple situation of a cafe on a high street. There might be a bin nearby, but the owner is still seeing increasing amounts of litter and this is making the street appear dirtier and stopping people from wanting to sit on tables outside the shop. A regular litter-pick as part of the day-to-day duties will massively improve the appearance of the front of the cafe and will discourage people from dropping litter. If takeaway containers are being used, then installing a bin will also help, but this will need to be emptied and kept clean as people tend to avoid using bins that seem dirty, or that are overfull. Another powerful action can be to advise people on how to dispose of their container — clear messaging always goes a long way in nudging people towards litter-free behaviours.

If businesses are doing a regular litter pick, then this can also be advertised as part of a CSR campaign or activities. Although this is probably not necessary for smaller companies, some larger fast-food companies do promote their litter-picking activities. For example, KFC has recently launched a dedicated “litter line” that customers can use to report local litter issues, and all its UK staff undertake compulsory training on how to mitigate against litter. Such incentives can show that companies are taking action — especially where their brand is often seen as a source of litter.

Are there other businesses doing the same thing?

Businesses can get involved at any level of littering and anti-littering campaigns. One ideal opportunity is KBT’s Great British Spring Clean, which attracted nearly 1 million volunteers in 2019 before the pandemic. KBT provide marketing as well as advice on how to litter-pick safely, and usually launch the event at the beginning of the year.

“The Great British Spring Clean is an ideal way for businesses to get involved in a mass-action campaigns within their local areas” explained Ogden-Newton. “It shows you care about the environment, your community and what’s on your doorstep. Following the 2020 Great British September Clean, nearly 80% of participants agreed that taking part helped improve their mood – so it is good for employees too.”

If litter is a problem, it will be affecting all businesses. As well as taking individual action, there may be wider anti-littering initiatives within the local area that businesses can get involved in. One way to find out about these is to contact the local authority where the business is based, as well as any business-specific groups such as Business Enterprise Districts.

Littering is bad for business. It creates a negative impression and can discourage people from visiting an area.