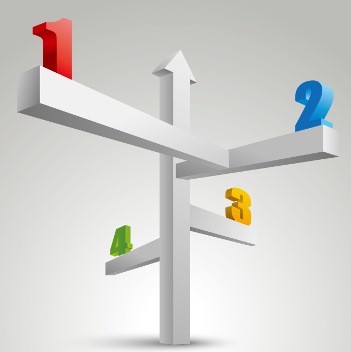 Who cares about environmental rankings?

Interest in the environmental and social performance of products and companies continues to grow, in an age of social media where images and other data are easily shared and brands can be boosted or damaged by widely shared content. In addition, consumers and investors are increasingly keen to make informed decisions that reflect both their preferences and values, giving companies ever more compelling incentives to go beyond compliance in terms of making products and offering services that are safe and environmentally sustainable with ethically sourced raw materials and labour.

Environmental performance is a key cornerstone of many corporate social responsibility ranking systems and a surprising number of grading schemes are available in this regard, offering useful information for consumers, investors and environmental managers wishing to evaluate external companies in their supply chains or benchmark their own performance.

One such ranking system is Oxfam’s Behind the Brands project, started in 2013, to provide people who buy global products with information to evaluate 10 of the biggest food and beverage companies in terms of what happens in their supply chains.

Behind the Brands is based on seven categories, including important environmental indicators such as climate change and the sustainable use of water. In particular, the system evaluates companies on reductions in green gas emissions as well as on rights and access to water resources.

Behind the Brands looks at the level of awareness and knowledge that companies demonstrate but also companies’ commitment to, and supply chain management of, environmental issues.

At present, Unilever is at the top of the climate scorecard with a result of 9 out of 10 thanks to “strong policies on deforestation and palm oil” and “guidelines for its suppliers”. Furthermore, Oxfam says, the company is “engaging Governments to take action”.

On the water indicator, Oxfam says Nestlé has the best policies of the top 10, but with only a “fair” score, of 7 out of 10, gaining points for supporting major water initiatives. Oxfam also notes Nestlé has not set targets to reduce water use in its whole value chain and the charity says it hopes the company continues to show leadership and go further in future, suggesting that water management is an area in which all the brands could do better.

While Behind the Brands seems squarely targeted at consumers, FTSE4Good is perhaps of greatest interest to investors.

The FTSE4Good Index Series was launched in July 2001 by the FTSE Group in response to the increasing focus on corporate social responsibility by investors seeking to measure the social, environmental and ethical performance of the companies they invest in.

A number of stock market indices are available, for example, covering UK shares, US shares, European markets and Japan, with inclusion based on a range of corporate social responsibility criteria.

No fewer than 4 British companies feature in the top 10 constituents of the FTSE4Good Environmental Leaders Europe 40 Index, with HSBC Holdings, Royal Dutch Shell, GlaxoSmithKline and the Vodafone Group impressively occupying, respectively, the fourth, seventh, eighth and ninth positions in the environmental rankings.

Another interesting UK-based scheme is the Carbon Disclosure Project (CDP), which works with shareholders and corporations to disclose the greenhouse gas emissions of major companies. In 2014, nearly 2000 businesses reported climate change data to CDP.

However, the focus of the CDP is wider than greenhouse emissions alone, working with companies to:

Each year the CDP publishes a number of analytical reports based on the above programmes, as well as a climate performance leadership index, known as The A List, of companies around the world that are doing the most to combat climate change.

A total of 187 businesses, from Apple Inc. to Zurich Insurance Group, as well as BMW AG, Centrica, Samsung Electronics and Unilever, have “made it” onto The A List.

A source at CDP says these 187 companies have collectively reduced their total emissions by 33 million metric tonnes in the past reporting year, equivalent to turning London's car owners into cyclists for two and a half years.

Some ranking systems are more closely rooted in the US economy, notwithstanding global impacts due to the massive size of the corporations involved. The Dow Jones Sustainability Index (DJSI), launched in 1999, is in fact a group of indices evaluating the sustainability performance of the largest 2500 companies listed on the Dow Jones Global Total Stock Market Index. The Index evaluates the economic, environmental and social performances of top global companies, using data on pollution levels, regulatory compliance, and other environmental management practices such as environmental auditing and environmental reporting.

Some ranking systems focus on a niche area; since 2006 Greenpeace has been campaigning to “green” the global electronics industry, challenging the sector’s leading companies to reduce their environmental footprint.

Greenpeace’s Guide to Greener Electronics aims to combat climate change and increase the use of renewable energy in the supply chain, while encouraging the elimination of the worst hazardous chemicals.

The Guide also pushes companies to use their influence in support of stronger environmental legislation.

The top position in the Greenpeace ranking system is currently occupied by Wipro, an Indian electronics company , with second, third and fourth positions respectively occupied by Hewlett Packard, Nokia and Acer.

The campaign is credited with encouraging many electronics companies to offer smart phones, computers, monitors and televisions that are free of the most toxic chemicals.

Another benchmarking scheme to watch for its environmental indicators is the Corporate Human Rights Benchmark (CHRB), which was backed in 2014 by then coalition government with £80,000 of start-up funding, to encourage a “race to the top” in terms of companies’ human rights performance.

A recent consultation document on the CHRB set out the system’s draft indicators, with points on the scorecard to be awarded for evidence of commitment to minimising impacts on the environment, including reducing the use of natural resources and water.

Once the methodology is finalised, the top 100 globally listed companies will be benchmarked in a pilot ranking in June 2016, spanning three key sectors, namely food and beverage/agriculture, apparel, and extractives. Over the next three years, the Benchmark will expand to cover the top 500 global listed companies.

What is clear from looking at just some of the key environmental benchmarking schemes on offer is that few ranking systems (and positions within those systems) are uncontentious. Companies have been accused of excessive lobbying and data has also been disputed.

In addition, critics have suggested that there are now so many environmental and corporate social responsibility ranking systems that the key goal, to highlight environmental and other leaders, has been diluted.

Nevertheless, these systems do, at the very least, encourage companies to report on their environmental performance and therefore certainly achieve greater awareness of important environmental issues, which must be positive.