Aviation is a potential stumbling block to the UK’s post-pandemic recovery and net-zero climate goals. Many believe carbon-neutral flight is pie-in-the-sky. But, as Jon Herbert explains, technical advances are putting air travel on an increasingly green trajectory. 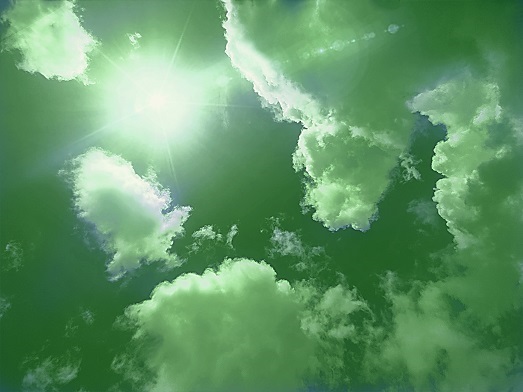 For an island committed to new global trading relationships, shipping and powered flight are essential but present huge sustainable challenges.

The Government has now decided to include International Aviation and Shipping (IAS) in swingeing 78% greenhouse gas release cuts the UK must make by law by 2035 — the toughest emissions policy in the world.

Shipping, with high freight volumes — but also as the recent Suez Canal incident shows risks of quickly becoming a “slow boat from China” — is under pressure to find innovative ways of curbing its enormous emissions footprint.

However, for aviation, which currently produces 6% of all UK emissions, the circular economy could be a saviour.

Do not avoid the banana skins!

The UK aviation sector, hard-hit by Covid-19, hopes to pare down its 36 million tonne annual carbon footprint to net-zero by 2050 while also transporting more than 100 million extra passengers each year.

Air freight is crucial for business. But air travel and tourism are struggling to take off again. When they do, all three will be flying in the wrong net-zero direction.

A YouGov survey commissioned by the European Climate Foundation says two-thirds of business users expect to fly less than before the pandemic, with no loss of productivity or convenience.

In parallel, France has banned domestic flights where the train alternative is less than 2.5 hours long. Expansion plans by eight privately-run UK regional airports are criticised by campaigners.

The second study, published by Nature, says aviation emissions are smaller than those released from the world’s largest natural carbon sink — marine sediments — by the bottom-trawling fishing industry.

Heavy nets and tackle dragged over the world’s seabeds release 1 gigatonne of carbon annually — a mass calculated to be twice that of all humans in the world put together!

Net-zero by 2050 is a tall order. Modern aircraft are 70% quieter and 80% more fuel-efficient than the 1960s. But flight fundamentals are unchanged.

A new generation of biofuel and electric turbo-generator-driven aircraft, plus hydrogen-based planes are now greening regional flights. By 2030, short-haul aircraft could be 10% to 15% more efficient.

But trans-world flight is different. In 2020, the Prime Minister’s enthusiastic vision was, “Jet Zero, let’s do It! [Let’s] set ourselves the goal now of producing the world’s first zero-emission long-haul passenger plane.”

The reality is that long-haul electric flights from London to Singapore may never be possible. Which is challenging because two-thirds of pre-Covid-19 emissions came from flights of 1000-miles-plus.

But there is positive news here too. Advances in the US and Canada, plus the Velocys project in Lincolnshire explained later are manufacturing sustainable aviation fuel (SAF) as part of a circular economy where waste is helping to break the old fossil-fuel relationship.

Studies suggest that SAF can cut greenhouse gas emissions by 165% compared to fossil energy, partly in reduced emissions from planes and partly by reducing landfill emissions.

The RAF could use up to 50% SAF in future, says the Ministry of Defence (MoD); aviation accounts for some two-thirds of defence sector fuel use. Circa 30% of SAF in a jet travelling 1000 nautical miles could cut its carbon emissions by an estimated 18%.

Against this background, the International Air Transport Association (IATA) is talking about a major net-zero commitment in June from it 300 worldwide members.

So, what is the route to sustainability?

The Wright Brothers achieved a heavier-than-air powered flight on 17 December 1903 at Kitty Hawk in North Carolina — a distance of 852 feet (260 metres) in 59 seconds. The first 747 Jumbo jet flew in February 1969; most are now moving to retirement. Time travels quickly in aviation.

US airlines alone currently use some 21 billion gallons of jet fuel annually. Demand is expected to double by the middle of the century; pre-pandemic aviation generated 3% of global emissions.

Without changes, international aviation will release circa 43 gigatonnes of CO2 by 2050 as the sector grows — more than 4% of the world’s entire remaining carbon budget.

However, Sustainable Aviation expects to see falls of some 30% on routes formerly served by 747s.

Boeing plans to deliver commercial planes using 100% biofuel by 2030, rather than the 50% allowed under current regulations. But it says halving emissions by 2050 needs changes across jet system engineering and global regulations.

Short-hop progress is also being made. Faradair in Cambridgeshire is developing an 18-seat bioelectric hybrid aircraft (Beha) it hopes will eventually be carbon neutral.

Electric motors will power take-offs and landings. In level flight at about 230mph, a turbo-generator powered by biofuel will be switched on. This will also recharge the motors for landing, with help from solar panels.

The plane will have a three-winged box design to cut noise and increase lift during cargo, passenger and special operation flights.

By 2030, 300 ultra-quiet planes with low emissions and minimal operating costs that can fly from 300 metre runways with heavy battery technology should be airborne.

Fuel developer Velocys has planning permission to build a waste-to-jet-fuel plant in North East Lincolnshire, a county with historic RAF links. Construction could start in 2022 and production in 2025.

It would turn circa 600,000 tonnes of household waste annually, including non-recyclable/difficult to recycle waste (with plastics) into low-carbon aviation and road transport fuel. Some 1650 tonnes of solid waste will arrive by road daily.

The fuel will emit some 70% less greenhouse gases than conventional fuel, 90% less soot and particulate matter that produce contrails, and almost no sulphur dioxides.

Additional funding will be needed but was given a boost in March when the Government launched its £15 million “Green Fuel, Green Skies” competition to develop UK waste-to-jet-fuel facilities.

Circa £5.5 million will also be spent on improving UK “motorways in the sky” for the first time since the 1950s, making flights faster, quieter and greener, with minimum pollution and noisy “stacking”.

Before the pandemic, approximately 7000 aircrafts used UK airspace daily on flight paths mapped out decades ago.

But the low-carbon message is still that people must fly less.