In early September 2015, the Society of Motor Manufacturers and Traders (SMMT) reported on the UK automotive industry’s progress with regard to clean vehicle technology, in a largely positive account of the sector’s achievements. However, just weeks later, one of the world’s biggest environmental scandals broke, as it emerged that emissions cheating devices had been fitted to millions of Volkswagen cars around the world. Vicky Powell examines the future landscape of vehicle emissions and testing in the UK in the context of the recent revelations. 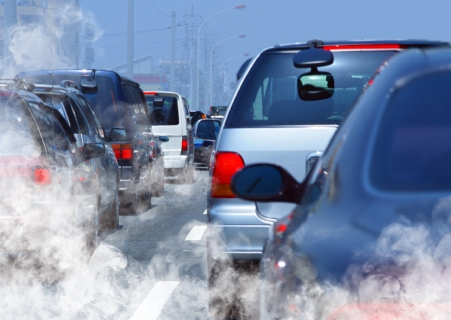 Euro-6 and a new report

On 3 September 2015, the UK’s SMMT marked the introduction of the new Euro-6 emissions standard by releasing a new report charting the progress of clean vehicle technology and the automotive industry’s achievements in reducing vehicle emissions, in the context of air quality.

The report, entitled Air Quality: The Automotive Industry Contribution, was launched at a special technical briefing for media and government officials to demonstrate the various technologies industry is and has been investing in to make improvements to air quality. Chief engineers from a range of companies in the sector, including Ford Motor Company, Jaguar Land Rover and Delphi Diesel Systems spoke at the event, presenting a range of topics from the transformation of emissions testing in Europe to the future-proofing of internal combustion engine technology.

The report acknowledged that air pollution levels in some urban centres are exceeding EU limits, as well as the increasing pressure for action on the issue. (In particular, the UK’s Supreme Court recently ruled that the UK has breached EU air pollution limits and that the Government must produce new UK air quality plans “in the shortest time possible” to cut air pollution.)

However, the report argued, levels of particulate matter (PM) “have been in decline for decades”, and emissions of nitrogen oxides from road transport alone have halved since 1990 based on figures from the Department for Environment, Food and Rural Affairs (Defra). Furthermore, since the early 1990s, guided by the Euro Standards emissions programme, the automotive industry has delivered “huge reductions” in pollutant emissions from new vehicles, according to the report.

Writing in the report’s foreword, Mike Hawes, Chief Executive of the SMMT, said that vehicle manufacturers were tackling the issue of air pollution “head on” and that modern vehicles are “light years away from the polluters of the past”.

However, it was not long after the publication of the SMMT report that the Volkswagen vehicle emissions storm hit the global automotive industry. As has been well documented, on 18 September 2015, the US Environmental Protection Agency (EPA) publicly accused German automaker Volkswagen of installing “defeat device” software that dramatically reduces nitrogen oxide emissions when the cars are undergoing emission tests. Researchers at the University of West Virginia had reported findings that suggested the Volkswagen vehicles tested were emitting up to 40 times as much nitrogen oxide as legally permissible.

Cynthia Giles, an EPA Enforcement Officer was quoted as saying, “Put simply, these cars contained software that turns off emissions controls when driving normally and turns them on when the car is undergoing an emissions test.”

With some estimates suggesting that half a million cars in the US were affected by the scandal, as well as millions of other cars worldwide, the UK Government issued a statement after the news broke.

The UK’s Transport Secretary, Patrick McLoughlin, said: “The Government takes the unacceptable actions of VW extremely seriously … We have called on the EU to conduct a Europe wide investigation into whether there is evidence that cars here have been fitted with defeat devices. In the meantime we are taking robust action. The Vehicle Certification Agency (VCA), the UK regulator, is working with vehicle manufacturers to ensure that this issue is not industry wide. As part of this work they will rerun laboratory tests where necessary and compare them against real world driving emissions.”

In response, Friends of the Earth UK said it welcomed the UK Government’s commitment to investigate vehicle emissions testing.

However, the environmental group added: “Given the severity of the US allegations and seriousness of the problem, it’s important that all necessary resources are provided to conduct laboratory and real-life tests wholly independent of car companies. For years, experts have been finding wide discrepancies between the promised emissions of diesel vehicles and the way they perform in reality.”

The UK car industry moved swiftly to reassure UK consumers. In a statement, the SMMT said: “The UK automotive industry understands the concerns consumers may have following the actions of one manufacturer in regard to emissions testing and the subsequent decision to recall a large number of its cars. This is, however, an issue affecting just one company and there is no evidence to suggest that any other company is involved, let alone that this is an industry-wide issue.”

The SMMT added, “Consumers should be reassured that cars sold in the UK must comply with strict European laws. All cars must complete a standard emissions test, which, unlike in the US, is independently witnessed by a government-appointed independent agency.”

The future of emissions testing

In the middle of October 2015, Patrick McLoughlin outlined the latest steps the UK Government will be taking on the vehicle emissions issue.

He noted the admission of the Volkswagen Group that defeat devices are present on almost 1.2 million vehicles in the UK and said the company would be expected to act quickly to put right the affected vehicles. (In this regard, VW has announced an “action plan” to fix the affected cars and will reportedly be contacting customers in forthcoming weeks.)

However, the crisis has thrust the entire issue of vehicle emissions, and most critically, emissions testing, into the spotlight.

A source at Greenpeace said: “The fact that Volkswagen alone was caught cheating … doesn't mean that other cars are any cleaner. The dieselgate scandal has shown that official test results have less and less in common with real-drive emissions.”

To address such concerns, the Transport Secretary has announced a UK programme to retest vehicles during which the VCA, the UK regulator, will run laboratory tests, starting with those VW Group vehicles for which VCA has provided approvals. The tests will compare real world driving emissions against laboratory performance and, the Transport Secretary emphasised, neither the cars nor the testing facilities will be provided by the vehicle industry themselves.

In a recent statement, the SMMT said, “On the … ongoing debate about real world testing, industry accepts that the current test method for cars is out of date and is seeking agreement from the European Commission for a new emissions test that embraces new testing technologies and which is more representative of on-road conditions.”

It is clear that the vehicle emissions testing landscape is set to change significantly for the foreseeable future and, it seems, the days of accepting emissions figures that are not independently verified are over for good. However, ultimately, this could lead to improved cleaner vehicle technology in the long term, which can only be a positive development.