Caroline Raine explores the recent discussions, considerations and history into the classification of titanium dioxide (TiO2) and the controversial decision to classify it as a carcinogen. 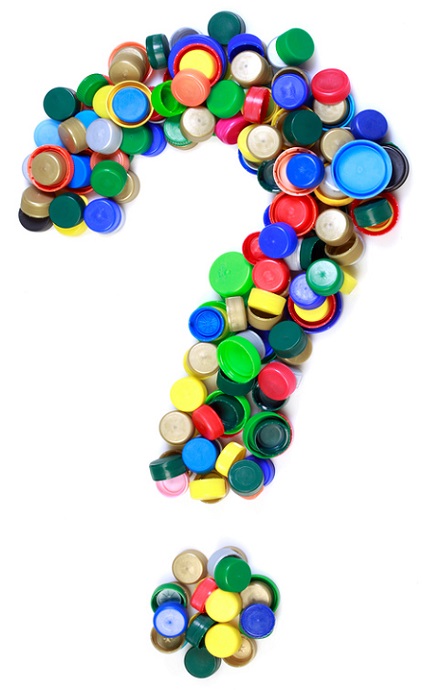 TiO2, also known as titanium (IV) oxide or titania, is the naturally occurring oxide of titanium. TiO2 is a naturally occurring mineral that is used as a pigment in paints, varnishes, plastics, sunscreens, cosmetics and even in the food industry as a colouring. It has many different uses and applications. It is so widely used because its white pigment is so bright and has a high refractive index.

TiO2 does not have a harmonised classification; it is not listed in Annex VI of the Classification, Labelling and Packaging (CLP) EC Regulation 1272/2008. Companies must make notifications of their classifications to the European Chemicals Agency (ECHA) and of those made the classifications vary tremendously from not classified to carcinogen.

The table below gives an indication on the different classifications submitted to the ECHA.

The International Agency for Research on Cancer (IARC) has classified TiO2 dust as an IARC Group 2B carcinogen, meaning it is possibly carcinogenic to humans.

In May 2016, a French proposal to the ECHA suggested that TiO2 be classified as Carc. 1B, H350i. The proposal stated that: “Available data show that TiO2 has CMR property, ie carcinogenicity that is not currently harmonised and justify a harmonised classification and labelling according to Article 36 of CLP.” The proposal can be found here.

ECHA conclusion: TiO2 proposed to be classified as suspected of causing cancer when inhaled

In June 2017, ECHA published the long-awaited opinion on TiO2 in a press release. It proposed TiO2 to be classified as suspected of causing cancer when inhaled.

The press release stated that:

“ECHA’s Committee for Risk Assessment (RAC) concluded that the available scientific evidence meets the criteria in the CLP Regulation to classify TiO2 as a substance suspected of causing cancer through the inhalation route. The opinion will be formally adopted later by written procedure or at the September meeting.

“The Committee assessed the carcinogenic potential of TiO2 against the criteria in the CLP Regulation and, having considered the available scientific data, concluded that it meets the criteria to be classified as suspected of causing cancer (Category 2, through the inhalation route).

“The Committee also concluded that there was insufficient evidence to classify TiO2 in the more severe category for carcinogenicity (Category 1B) as was originally proposed by the dossier submitter, France. This more severe category refers to a substance which is presumed to cause cancer.”

Then in October 2017, ECHA’s Committee for Risk Assessment (RAC) published its scientific opinion to classify TiO2 as a suspected carcinogen (Category 2) by inhalation.

The classification of TiO2 has been discussed for many months (since March 2017). ECHA’s RAC concluded that “the available scientific evidence meets the criteria in the CLP Regulation to classify TiO2 as a substance suspected of causing cancer through the inhalation route”. This means that it meets the criteria to be classified as suspected of causing cancer (Category 2, through the inhalation route).

The Committee concluded that there was insufficient evidence to classify TiO2 in the more severe category for carcinogenicity (Category 1B) as was originally proposed by the dossier submitter, France.

Robert Bird of the Titanium Dioxide Manufacturers Association (TDMA) noted his disappointment, stating that “the scientific evidence is clear; there are no grounds for classifying TiO2 as a Category 2 carcinogen”. He went on to note that “classification would do nothing to increase the level of protection of human health and the environment”, an important point considering the reasons for classification and labelling.

Then, in 2018, TiO2 was added to the Community Rolling Action Plan (CoRAP). If a substance is on this list, it means that a Member State has evaluated or will evaluate it over the coming years.

The European Food Safety Authority (EFSA) reaffirmed on 29 June 2018 the safety of TiO2 as a food additive (E171), following a request on 22 March 2018 from the European Commission for a scientific opinion.

The TDMA calls for EFSA’s opinion to be respected and for EU legislation on food safety to be observed throughout the EU.

TDMA stated: “E171 is the most effective white colourant in use and it has gone through rigorous European testing and classification which has continually demonstrated its safety. EFSA established in 2016 that data on E171 showed no health concerns for consumers and EFSA’s new opinion supports this conclusion. The opinion sends a clear signal that the current discussion in France regarding the suspension of placing E171 and food containing it on the market is unwarranted. In view of this, the TDMA calls on the European Commission to ensure that the EU’s food safety legislation is followed throughout the Union.”

In July 2018, a group of NGOs called on EU Member States to support the full implementation of ECHA's RAC opinion for the classification of all forms of TiO2 as a Category 2 carcinogen.

The 12 NGOs include the:

In February 2020, the 14th Adaptation to Technical Progress (ATP) to the Regulation on the classification, labelling and packaging of substances and mixtures (CLP) was published and so the controversial classification of titanium dioxide is formal.

Of particular interest in the 14th ATP to CLP is the classification of titanium dioxide. Titanium dioxide will now [in powder form containing 1% or more of particles with aerodynamic diameter ≤ 10 μm] be classified as Carcinogenic Category 2; H351 (inhalation) suspected of causing cancer.

The label on the packaging of liquid mixtures containing 1% or more of titanium dioxide particles with aerodynamic diameter equal to or below 10 μm shall bear the following statement:

EUH211: 'Warning! Hazardous respirable droplets may be formed when sprayed. Do not breathe spray or mist.'

The label on the packaging of solid mixtures containing 1% or more of titanium dioxide shall bear the following statement:

EUH212: 'Warning! Hazardous respirable dust may be formed when used. Do not breathe dust.'

In addition, the label on the packaging of liquid and solid mixtures not intended for the general public and not classified as hazardous which are labelled with EUH211 or EUH212, shall bear statement EUH210.’

The 14th ATP states it will apply from 9 September 2021. However, the Commission has since published a Corrigendum to the 14th ATP and the application date is now confirmed as 1 October 2021.

There are still conflicting opinions about the classification of TiO2