Barrister Robert Spicer considers the relationship between the Enterprise and Regulatory Reform Act 2013 and civil liability and contributory negligence. 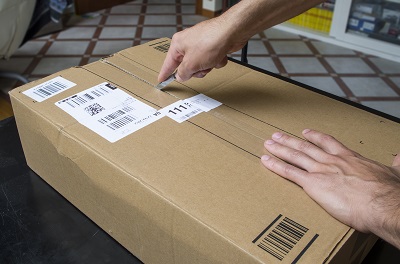 Section 69 of the Enterprise and Regulatory Reform Act came into force on 1 October 2013. It amended s.47 of the Health and Safety at Work, etc Act 1974 (HSWA).

Under s.47 of HSWA, there was a legal presumption that all health and safety regulations involved civil liability unless expressly excluded. The 2013 Act reversed this presumption.

No regulations impose civil liability unless there is express provision to that effect. There will be no civil enforcement for breach of health and safety regulations. Employees will have to rely on actions for common law negligence.

This means that the burden of proof, instead of being on the employer to show what steps were taken to protect an employee, shifts to the employee to prove negligence.

The enforcement of health and safety regulations is now left to the Health and Safety Executive (HSE) through the criminal courts.

Before the 2013 Act was introduced, employees needed only to show that a machine was inadequate or defective. Now they have to prove that an employer could and should have spotted the defect before the incident and rectified it.

In Scotland, courts have accepted that claimants in civil cases can refer to breaches of specific health and safety regulations, in that they are relevant to whether employers have taken reasonable care.

The Scottish case of Goodwillie v B&Q plc (2020) has illustrated the relationship between the 2013 Act and common law negligence.

The facts, in outline, were that Richard Goodwillie (G) was employed by B&Q as a warehouseman for 35 years. His work involved unloading vehicles and driving forklift trucks. He was supplied with a high visibility jacket and a knife for opening boxes. B&Q had carried out a risk assessment in relation to the knives, including that only safety knives should be used and gloves should be worn.

G was provided with a safety knife which had a spring mechanism to keep the blade in its plastic handle when it was not being used. He had thick gloves which he wore in the winter. He had not been told to wear them when using the knife.

In November 2016 G used the knife to cut through Sellotape wound round a bundle of parcels. The blade of the knife caused a deep cut in his right hand. Following the incident, G was told by a manager that it was now policy to wear gloves when using safety knives.

G claimed compensation from B&Q. The key issues in the case were:

On behalf of the claimant, the following points were made.

The court found that the existence of a duty of care is not sufficient for liability to be established. There must be proof of fault and the standard is one of reasonable care. As a matter of general principle, specific health and safety regulations are relevant to the assessment of specific obligations imposed on employers.

G’s claim failed because he could not establish that the knife was unsuitable, nor that the training provided had been inadequate. It was not enough to show the mere fact that an accident had happened.

Another example of the interaction between the Act of 2013 and specific health and safety regulations is that of a driver and porter employed by T Bourne and Son, a removal company, who recovered £28,500 compensation from his employer in May 2019. He had been helping to move a machine which weighed 3250kg when it fell onto his hand. The employer had carried out a superficial risk assessment and was found to have been negligent. It was vicariously liable.

The claimant could not rely on a direct breach of the Manual Handling Operations Regulations 1992 because of the Act of 2013, but it was relevant to consider the 1992 Regulations in considering the scope and standard of care of duty owed. There was no contributory negligence. The claimant had been placed in a very difficult position and had been fearful of losing his job if he did not continue.

In relation to contributory negligence, the case of Sullivan v HWF Ltd (2001) is an example of a one-third reduction. S was a director and shareholder of H Ltd. His responsibilities included health and safety procedures, including the preparation of risk assessments. A risk assessment warned of the danger of bolts being left lying on the floor. S knelt down and tripped on a bolt left on the floor by a colleague. He fell and suffered soft tissue injuries and a fractured elbow. He claimed compensation from H Ltd. It was argued that the accident was entirely his own fault, given his responsibility for health and safety matters. His claim succeeded. He could not be expected to supervise employees for every minute of the day and he had not been responsible for the presence of the bolt. The presence of the bolt was a tripping hazard and negligence by H Ltd had been established. S was contributorily negligent to the extent of one-third because he had failed to see the bolt when he knelt down.

Although the fact of an accident is not enough to prove negligence, employers should be aware that they can be held liable even where a workplace accident has been the fault of an employee, although compensation may be reduced where an employee has contributed to the cause of the accident.