The Government has announced it will replicate almost all of the EU’s Circular Economy Package (CEP), aligning the UK’s resources and waste management policies with those of our European neighbours. In this article, John Barwise considers the economic benefits of a circular economy and the wider implications for businesses following the post-Brexit transition period. 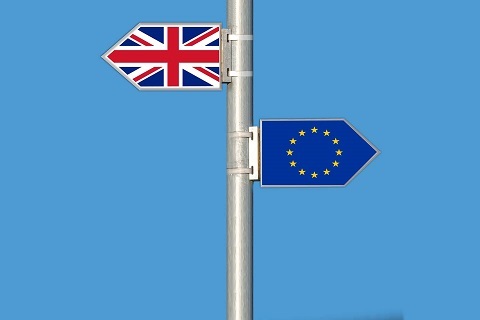 A statement issued jointly by the UK Government, along with the devolved administrations in Wales, Scotland and Northern Ireland, confirms what many in the waste industry had hoped, that the UK would align its own circular economy package with the EU CEP.

As a former member of the EU, the UK Government had already approved the EU CEP in April 2018, but has, until recently, failed to clarify its position following Brexit. The latest Government announcement removes at least some of the uncertainty over future trading in resources and waste with the rest of Europe, but questions remain over how the UK will meet its targets.

The EU Circular Economy Package (CEP) introduces a revised legislative framework to reduce waste and establish credible long-term commitments for waste management and recycling. The focus of the CEP is to avoid waste altogether and transform waste materials into secondary resources that can be marketed through a “well-functioning” circular economy.

The decision to adopt the EU’s CEP has been welcomed by the waste industry. Pat Jennings, Head of Policy, Knowledge and External Affairs at the Charted Institution of Wastes Management (CIWM), told Resource magazine they had lobbied the Government to “provide clarity” over the CEP and was “pleased’ with the outcome.

“While the devil is always in the detail, and CIWM will be scrutinising the list of transposition measures proposed, it is reassuring to see that the UK will remain aligned with an important package of measures that will shape resources and waste policy across Europe for years to come.”

Defra calculates that UK businesses could benefit by up to £23 billion per year through low cost or no cost improvements in the efficient use of resources.

Further research by waste resources group, WRAP, estimates that a comprehensive circular economy package could boost the wider UK economy by £75 billion and create half a million new jobs. The report, Six Steps to Build a Better Economy, also argues that widespread adoption of circular business models would divert 38 million tonnes of waste from landfill, save 21 million tonnes of material resources and reduce carbon dioxide emissions by 15 million tonnes, which will go some way to support national efforts to meet legally binding Net Zero targets by 2050.

What’s in the package?

According to the Government, measures covering many of the EU CEP resources and waste policy provisions are already in place and alignment with other aspects of the package will be straightforward, requiring “relatively small technical changes.”

The bulk of substantive changes to laws, regulations and administrative provisions covered by the CEP affect three Directives.

Reasons for adopting the EU CEP

Aligning the UK circular economy with the EU CEP reduces the risk of infraction procedures should the Government fail to follow through on its previous 2018 commitments as a member of the EU. Additionally, failing to align with EU requirements during the transition period could affect on-going negotiations for a trade deal.

The alignment is relatively straightforward, given that the UK already fulfils most of the waste and resources requirements set out in the circular economy package. The wider benefits of aligning with the EU CEP are also clear, including the potential boost to the economy and jobs, as mentioned above.

These issues are explained in detail in the Government’s Regulatory Triage Assessment (RTA), which sets out the arguments for transposing key elements of the EU CEP into UK law, including the likely costs and benefits to businesses.

Markets for exporting a large proportion of the UK’s waste are diminishing, following China’s ban on plastics, with further bans on all solid waste planned from 2021. Other countries, such as Malaysia, which now takes the bulk of the UK’s waste exports, are also considering restricting waste imports.

There are problems too with the illegal and fraudulent use of the Packaging Export Recovery Notes system (PRENs). PRNs and PERNs are intended to be used by obligated companies that handle packaging to help fund recycling. But the system is frequently abused by exporters sending containers abroad for recycling and claiming on its full tonnage, even though they contain contaminated material not suitable for recycling.

Nicola Finnerty, a partner at law firm Kingsley Napley, said PRN/PERN fraud could take a number of forms including mislabelling, double counting and not recycling the material concerned. She told MRW: “I think there is an inevitable link between the mislabelling and the dumping of UK waste in other countries. There is also an increased risk of bribery and corruption in the process.”

Simon Ellin, Recycling Association Chief Executive, welcomed the UK’s adoption of the EU CEP but raised concerns about the lack of reprocessing capacity in the UK. “The challenge is going to be delivering it in a post-Covid, post-Brexit UK.” Ellin said the “glaring hole” in the policy was the lack of UK processing capacity for some materials, particularly paper and plastics.

The adoption of the EU CEP into UK law has been broadly welcomed by the waste industry and recycling sectors.

The challenge will be whether the target can be met, given that the UK is likely to miss its EU commitment to recycle or reuse 50% of household waste by 2020 — only Wales has met the target. Defra has acknowledged that recycling rates for businesses are “relatively low” but has told ENDS that the current rate of around 40% can be much higher “with the right combination of measures and support.”

A commitment to remove hazardous substances from hazardous waste, before or during recovery, together with proposals to segregate food waste and dry recyclable waste from other wastes, will also go some way to improve recycling rates in the long term.

Defra’s Waste and Resources Strategy for England recognises there is “still a need for greater domestic reprocessing capacity — particularly in recycling,” and says it is committed to significantly increase UK capacity by stimulating private investment in reprocessing and recycling infrastructure.

New policies to extend Producer Responsibility (EPR) and Deposit Return Schemes (DRS), together with the new plastics packaging tax should go some way to stimulate demand for secondary materials.

The Government has announced that the circular economy package will come into force later this year, with legislation in the autumn to transpose relevant regulations into UK law.