Issues of negligence and vicarious liability are very relevant at Christmas, with increased risks arising from alcohol and inappropriate behaviour. Robert Spicer reports on a recent court ruling. 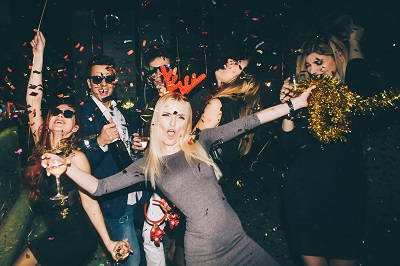 The recent High Court case of Shelbourne v Cancer Research UK (2019) has considered the issues of risk assessments, negligence and liability in a seasonal context.

The facts, in summary, were that a Christmas party was held by Cancer Research (CR) at a Cambridge University research institute. It was organised by an employee and run by staff members. It was a ticket-only event open to staff and their guests and included a disco. Alcohol was available.

A risk assessment was carried out before the event and steps were taken to limit partygoers’ access to nearby laboratories. B, a partygoer, was a visiting scientist who was not employed by CR but was working under its supervision. Having drunk alcohol, B approached three women at the disco and lifted them from the ground. When he lifted Shelbourne (S), he dropped her and she suffered a serious back injury.

S alleged that CR was liable either because of its own negligence or because it was vicariously liable for B’s actions. Given the availability of alcohol, CR should have conducted a risk assessment covering all eventualities stemming from inappropriate behaviour, provided trained staff to look out for trouble and required all partygoers to make a written declaration that they would not behave inappropriately.

At first instance S’s claim was dismissed on the basis that CR had not breached its duty of care and was not vicariously liable because B’s conduct had been outside the field of activities entrusted to him as a visiting scientist.

S appealed to the High Court. The High Court dismissed the appeal and made the following points.