With a General Election set for 12 December 2019, Ben McCarthy, employment law writer at Croner-i, outlines previous confirmed developments to the law going forward, alongside the implications for future changes from a Conservative or Labour victory. 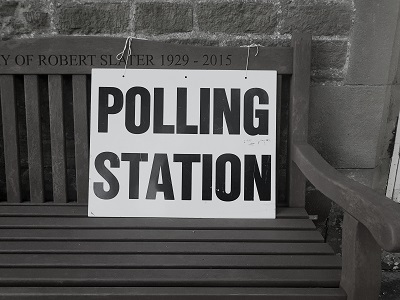 In what has probably been the most turbulent political period in decades, Prime Minister Boris Johnson has finally had his bid for a Christmas General Election accepted. While Brexit is likely to dominate many of the campaigns to be undertaken, organisations must also keep in mind that worker rights remain a key issue for the Government regardless of which party has a majority. We have seen many changes over 2019, not least of which being the implementation of provisions outlined within the Good Work Plan, and are expecting further developments over the next few years. Below is previous commentary from the two major parties, the Conservatives and Labour, which can give some indication of what their respective victories could mean for employment law as a whole.

On 14 October 2019, the Queen outlined pledges for legal developments that the current Conservative Government intended to introduce going forward. If the Conservatives win the election, they will continue to honour these pledges and future legal developments will work to build upon these. If Labour win, these developments may be subject to further amends or changes, or removed completely. These included the following:

In addition to this, the speech also confirmed the expected changes to the National Living Wage, currently the highest minimum wage band. Rates will increase to £10.50 an hour within the next five years, while age bandings will also be lowered. By 2021, workers aged 23 and over will be eligible to receive the Living Wage and by 2024, this will also be extended to those aged 21 and over.

Following a consultation held earlier in the year, the Conservative Government are to legislate to provide enhanced redundancy protections for pregnant women and new parents. Under these developments, current legal protections against redundancy are to be extended by six months following the mother’s return to work, while similar protections will be afforded to those returning from adoption and shared parental leave. Additionally, the Government is also to legislate to provide further oversight to the use of non-disclosure agreements (NDAs) in employment. In particular:

Currently, it is unclear when legislation will be presented to adopt these provisions into law. As outlined above, if Labour win the election, they could amend or even remove these expected changes going forward.

Additional consultations have also taken place this year, which are also expected to result in further legal developments. They are:

While it is not yet confirmed what changes Labour would make to employment law were the party to receive a majority, previous commentary from Labour leader Jeremy Corbyn provides a helpful look at the areas they would wish to explore. In September 2019, Corbyn outlined the following:

Again, it remains to be seen which of these developments would be taken further were Labour to get into power. While Corbyn has recently commented that he would aim to introduce the above “within 100 days of his taking office”, this would depend upon whether such developments would pass through Parliament.

Fundamentally, it seems that both parties remain committed to ongoing developments of employment law. A key area to be aware of is upcoming changes to the minimum wage, regardless of who wins; both rates and age bands are to change, something that will undoubtedly impact upon businesses. Whatever the outcome of the election, employers must make sure they are fully up to date with all legal developments that will affect them going forward.