On 7 February 2020, the Marine Management Organisation withdrew its prosecution of Greenpeace for depositing granite boulders on the sea floor. 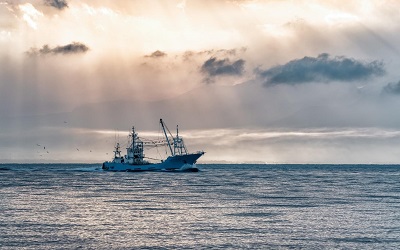 The Marine Management Organisation (MMO), which acts for the Department of Environment, Food and Rural Affairs, brought a prosecution under section 85 of the Marine Coastal Access Act 2009 against Greenpeace and John Sauven, its CEO (the defendants). The defendants argued that the MMO did not have jurisdiction to bring the prosecution because the allegation happened beyond territorial waters.

In February 2020, 20 granite boulders were deposited on the seabed at Offshore Brighton from a Greenpeace vessel flagged to the Netherlands. The Offshore Brighton area, 28 miles off the coast, was designated as a marine conservation area in 2016. Its sand and gravel contains a diverse range of species. The action by Greenpeace was intended as a protest against the British Government’s lack of action in preventing certain types of fishing methods which damage the marine environment. The placing of the boulders was designed to deter the undesirable fishing methods. The Government was warned in advance of the proposed action.

The prosecution was based on sections 65, 66 and 85 of the Marine Coastal Access Act 2009. Section 65 states that no person may carry on a licensable activity except in accordance with a marine licence granted by the appropriate licensing authority. The MMO argued that the depositing of boulders was a licensable activity and no licence had been issued.

On behalf of Greenpeace, it was argued that there was no basis in international law for the UK to impose or enforce a licensing requirement. The boulders were not being deposited or dumped. They were natural granite and were neither harmful nor polluting to the natural environment. The vessel was flagged to the Netherlands and therefore that state retained jurisdiction to enforce its legal regime.

At Newcastle Crown Court, on 12 January 2022, His Honour Judge Bindloss made the following points.

On 7 February 2020, the MMO withdrew the prosecution. It stated that, very exceptionally, in all the circumstances and taking particular note of the depth and extent of the judge’s comments, it had decided to propose no evidence to all charges in the prosecution.

Greenpeace has commented as follows.

A spokesperson for the New Under 10s Fishermen’s Association is reported to have made the following comments.

A spokesperson for the National Federation of Fishermen’s Organisations (NFFO) commented as follows.