On May 6 2020, the Court of Appeal gave judgement in the case of Mehemet Mustafa and Finbar Breslin, who had appealed against their convictions for offences related to a T6 exemption from an environmental permit. 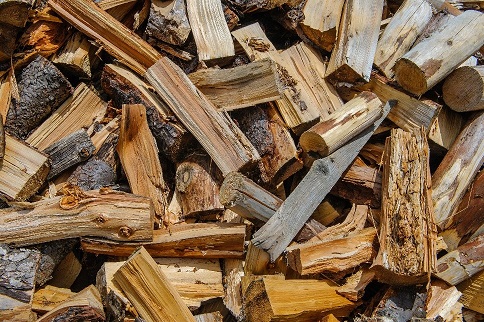 Mustafa and Breslin were directors of Prince Biomass Ltd, a company which operated a facility for the storage and treatment of waste wood in Rainham, Essex which they shipped to Sweden.

On January 21 2013, the company registered its business as an exempt facility under a T6 exemption. This allowed a maximum amount of 500 tonnes of waste wood to be stored or treated at its site over a seven-day period. In March 2013, Environment Agency officers visited the site. They found that the company was operating within the terms of the exemption. Later visits in December 2013 and January 2014 found that amounts significantly in excess of 500 tonnes were being stored. Warnings were given to the company and there was a temporary reduction in the amount held on site. The amount then increased until it was over 4000 tonnes.

In 2014, complaints were received about nuisance caused by emissions of wood dust from the site. In March 2014, the Environment Agency informed the company that the exemption had been removed from the register and the continued storage of material at the site was an offence under the Regulations.

At first instance, the charges were dismissed at Basildon Crown Court. In further proceedings at the Central Criminal Court, both Mustafa and Breslin were convicted. They appealed to the Court of Appeal.

It was argued on behalf of the appellants that an exemption did not cease to be effective until it had been removed from the public register.

The Court of Appeal Criminal Division stated that there were three requirements for an exempt waste operation, as follows.

In the present case, the fact that the exemption had not been deregistered at the time of the alleged offending, did not affect the question whether the waste operation was exempt or not. It also meant that the moment that the site exceeded the tonnage stated in the T6 exemption, the operations ceased to be exempt.

All sites which treat, recover or dispose of waste, are regulated under the Environmental Permitting regime. In general, it is an offence under the Environmental Permitting Regulations 2010 (EPR) to operate a waste facility without an environmental permit. The permit contains conditions with which the operator must comply. These conditions have the aim of ensuring that the site does not damage the environment or harm human health, and will specify (among other things) the type of waste which can be accepted and the amount of which can be stored or treated.

It is generally accepted that community groups, charities and small local businesses provide a useful service, and benefit the environment by collecting, recycling and recovering non-hazardous waste. In drafting the legislation, the Government did not want to burden these operators with unnecessary regulation. Therefore, the EPR contain a list of exempt waste operations which do not require a permit. The list can be found in Schedule 3 to the Regulations and is divided into the categories of use, storage, treatment and disposal.

Some examples of exempt waste operations are:

The operators of exempt facilities must register with the Environment Agency giving basic details of their location and the nature of the activity. Registration is free of charge, unlike applying for a permit, but it is necessary to re-register every three years.

The exemptions in the EPR all contain conditions restricting the amount of waste which can be stored and treated, the maximum length of time for which the waste can be stored and the types of waste which can be accepted. If an exempt site stores more waste than the Regulations allow, it automatically loses its exempt status. The operator then risks prosecution for storing, treating or recovering waste without an environmental permit.

Exemption T6 covers low-risk treatment of non-hazardous wood waste. There are reported to be approximately 25,000 T6 exemptions registered in England and Wales. The exemption is used, for example, by tree surgeons and land managers to chip waste from natural wood. The Environment Agency has found evidence of T6 related non-compliance, including the involvement of organised criminal groups.

Most of the Environment Agency’s compliance monitoring is directed at permitted sites and concerns have been expressed that the exemptions can be abused by organised crime groups. Unscrupulous operators may exceed the limits for waste storage and may cause harm to the environment by storing hazardous, flammable and difficult wastes which are not allowed under the exemption.

There have been reports of frequent abuses by operators who used excessive amounts of waste soil and aggregates for “landscaping” in order to avoid paying landfill tax.