As the construction industry continues to struggle with recruitment, uncertainty over Brexit, and a growing demand to meeting housing needs, Dave Howell asks if apprenticeships will be able to deliver the workers the sector needs. 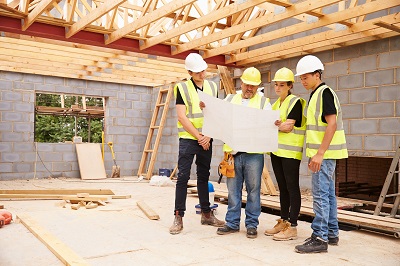 The construction industry has always fought to attract and retain the skilled workers it needs to remain sustainable and profitable over the long term. One obvious approach is to increase the use of apprentices and this is one that the Government has promoted. The Wolf Review of Vocational Education in 2011, the Richard Review of Apprenticeships in 2012 and the emergence of degree apprenticeships in construction and the built environment have all influenced how apprenticeships have developed.

He concluded: “Apprenticeships are essential to addressing UK skills gaps, meaning employers want to continue to shape ongoing reform of the Apprenticeship Levy. This means addressing pinch points in the system, working with providers to expand and improve provision, and ensuring the Government allows the Institute for Apprenticeships to become an independent champion of technical education with teeth and the expertise to regulate the sector. The CBI will continue to feed in our member’s views, including through our Construction Council, to the Government’s Spending Review this year”.

Moving from what were rigid frameworks to Degree Apprenticeships is a significant shift in how the apprenticeship system is structured and how its appeal could be raised, particularly among younger prospective construction workers.

How to improve apprentice recruitment

Croner-i Health and Safety spoke with Rosalind Thorpe CMgr MCMI, Associate Director of Education and Standards at the Chartered Institute of Building (CIOB).

What is your view of how apprenticeships are organised and managed across the construction industry?

“The construction industry has a history of providing apprenticeship routes into technical and managerial roles. These routes have tended to be sector rather than occupation based, and there are concerns that occupational apprenticeships are less attractive to young people who may have a good idea of the industry they wish to join but not necessarily which particular job they want to do.

“We would, therefore, support a move towards a more flexible sector-based approach. It is not widely known that the construction industry has long been levy paying. The industry now pays two levies to the Construction Industry Training Board, as well as the Apprenticeship Levy. In an industry with very tight profit margins, it is essential that it can easily access the Apprenticeship Levy when needed.

“The industry will play a key role in delivering the industrial strategy and has a significant contribution to GDP. The CIOB is part of a consortium of employers which has developed apprenticeship standards over five years in Construction Site Supervision, Construction Site Management and Building Control Surveying — and currently, none of these higher and degree apprenticeships is approved for delivery. It is hard to claim that apprenticeships are employer-led when prescribed criteria are set centrally by the Institute for Apprenticeships (IFA), and the approvals process is opaque and cumbersome.”

Is the level of funding for apprentices high enough to ensure the construction industry gets the skills it needs for long-term sustainability?

“We have concerns that funding bands lack consistency. We strongly believe that the bandings applied should reflect the strategic importance of the apprenticeship standard, and there should be recognition of STEM (science, technology, engineering, and mathematics) within the banding system. The system seems to operate as a kind of negotiation with the minimum bands being applied and then increased upon appeal. The funding system must recognise the strategic importance of construction in delivering critical infrastructure projects and providing housing.”

How should the apprenticeships scheme for construction be improved?

“The system should be more employer-led and less bureaucratic. The funding and priorities for apprenticeships should be co-ordinated with other government initiatives such as the industrial strategy and should drive apprenticeships that help deliver those strategies.”

Are apprenticeship schemes a good way for people to get into the construction industry?

“They have traditionally been a very good way to enter an industry, but the occupation-based approach in the trailblazer apprenticeships is off-putting to many young people as well as causing unsustainable levels of new standards.”

How can construction companies improve how they use and support the apprentices they take on?

“Medium and larger construction companies offer a good package of support for apprentices that link to professional body accreditation. There is a challenge in getting the supply chain to adopt apprenticeships, and the industry has supported the smaller companies with shared apprenticeship schemes among other interventions. The Government should support any schemes that improve completion rates.

“I think apprenticeships do need flexibility, progression routes and step off points to meet the industry needs in terms of attracting new entrants and upskilling the existing workforce. Funding rules can have unintended consequences that preclude these options.”

The Apprenticeship Levy has continued to confuse employers, with the CIPD reporting that nearly a quarter (22%) of respondents to their survey unsure as to whether they had to pay the levy. Moreover, the levy has also affected the number of overall apprenticeships starts across all sectors. According to a House of Commons briefing paper, there were 119,100 fewer starts in 2017/18 than in 2016/17. Starts at an intermediate level and by apprentices aged 25 and over were particularly affected.

However, now that the levy system has had time to embed, and employers begin to understand the opportunities it could deliver to them, apprenticeships in certain sectors — construction being a key focus — should increase. Indeed, the Government has accepted calls from the CBI and others for further reform of the levy.

“We expect to see increasing numbers of starts on construction-related apprenticeships”, said Jonathan Mitchell, Deputy Director for Standards Development at the Institute for Apprenticeships. “This is anticipated in part because of increasing levels of public interest in apprenticeships as a viable route to a fulfilling career. Several of the new standards have only been approved for use in the last year, and there are still another 30 currently in development.

“The ambition is for available apprenticeships to more accurately reflect the different specialisms and skills levels across the construction sector than ever before. We would like to thank the many large and small employers that have taken a leading role in designing new apprenticeships, through our Trailblazer groups, for helping to make this happen.”

With a review of the current levy system underway, and the construction industry as a whole continuing to suffer uncertainty as the UK transitions out of the EU, apprenticeships should continue to be a key route into the jobs that construction is so desperate to fill. Ultimately, it will be a multifaceted approach that will place careers in construction on par with other major industry sectors. With proper funding, standards and the support of educators, apprenticeships in the UK could enter a renaissance.