Batteries are big news, with the Government announcing an investment in battery technology research as part of its Industrial Strategy and the Faraday Challenge. So, Dave Howell asks, how will these technologies integrate across the construction industry? 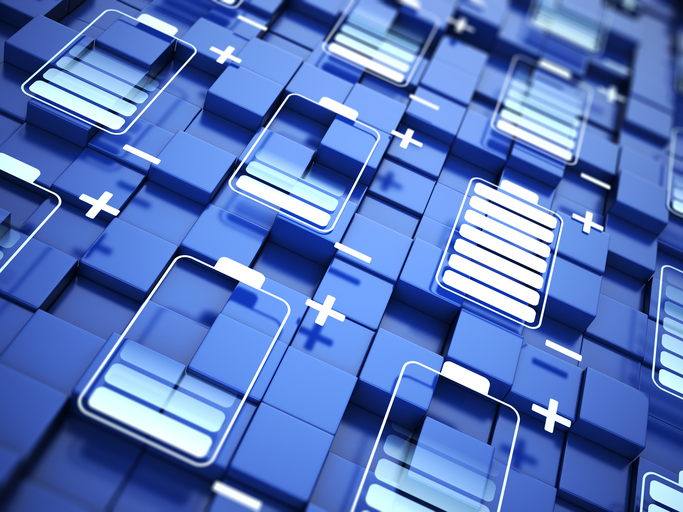 Last year was a milestone in the UK’s energy generation. In the third quarter, 50% of the county’s electricity was created via renewable sources. In Scotland, the figure was even higher, standing at 77% generation from low-carbon power sources. With power generation moving into its next phase of development, the industry is turning its attention to how the power generated can be stored.

What has become clear over the last few years is that the quantities of energy that can be produced often outstrip their consumption. In addition, when electricity is needed it often requires time shifting. The practical application is battery storage, which forms a key component of the Government’s Industrial Strategy, with the Faraday Challenge focusing on the development of advanced battery storage.

Simon Anderson, Chief Strategy Officer at Geo, says: “One of the big challenges of today is the housing stock of the mid-twentieth century, which is energy inefficient and costly to upgrade. That’s why we must not create the same issue by not ensuring we build energy-efficient homes today. As part of this discussion the cost of running a home urgently needs to be considered. This needs to be considered now, at build, not subsequently as an energy retrofit.”

Tesla has offered its Powerwall for some time. Other developers are also entering the market — most notably Nissan, who aims to repurpose vehicle batteries for sale as domestic storage. In partnership with the US power management company Eaton, Nissan will sell XStorage Home Systems, which will about the same size as a conventional gas boiler when installed into a property.

A report from SmartestEnergy also concluded: “Just 20MW of commercial batteries were operating in 2016, but 31 projects have now won long-term contracts in the capacity and EFR markets to provide 578MW of capacity in 2020. In all, 153 projects with a combined capacity of 2.3GW have announced plans for deployment over the next four years, which would see UK battery capacity increase by more than 100 times.”

Bobbie Wright, sales manager, UK and Ireland, at SOLARWATT GmbH commented: “The industry will be looking closely at solar and storage, whether as professional installers or working in partnership with distributors and installers. People are used to seeing PV on rooftops but storage is new and transformational because power generated by day can be used in the evening and at night. Solar and storage reduces the requirement to source power externally and therefore reduces bills dramatically, while promoting energy independence at site and indeed national levels.”

The development of battery technologies for homes and business premises also comes at a time where the Government is pushing to move everyone to smart meters. In this scenario, battery technology would enable consumers and business alike to take more advantage of time-sensitive energy, which can be cheaper at specific times of day. Being able to buy this electricity and then time shift consumption is a major shift in how energy will be purchased in the future.

How battery storage technology will be implemented in domestic and commercial new builds, or fitted to existing properties has yet to fully come into focus. We spoke with Barny Evans, associate director for energy and sustainable places, WSP.

How does the construction sector see its role implementing this technology into new homes and commercial buildings?

“Batteries are already being installed in homes and commercial buildings. At the moment, this is normally retrofitted to commercial buildings as part of a measure to reduce energy bills through shifting demand to cheaper periods and is already commercially viable. There are already a lot of third-party companies looking to offer money in return for the opportunity to use your energy storage in an aggregated way and that may become more sophisticated.”

“In homes, batteries are being used by early adopters and in trials today. What will be a game-changer for domestic energy storage will be widespread time of use tariffs once we all have smart meters. At present the fact that domestic users pay a flat rate for electricity means there isn’t the same benefit, although they can still benefit from using more of their own solar power.”

What are the pressure points the construction industry would feel if it were to make the installation of battery storage part of new building developments?

“Beyond the simple costs and spatial issues there are three areas that are holding back energy storage in new developments.”

“There isn’t the client demand currently; commercial customers are not insisting it is part of their spec, and domestic customers aren’t putting a value on battery technologies yet.”

“Part L of our Building Regulations dictates how we estimate CO2 emissions from new developments and demonstrate compliance. Unfortunately, that does not enable us to calculate the benefits that energy storage gives in terms of CO2 emissions savings at the moment and so our clients don’t benefit. We have a similar issue with Part L because it uses CO2 emissions factors for electricity that are so out of date it encourages the use of technologies that increase CO2 emissions.”

“The same issue arises with companies reporting their CO2 emissions through the Greenhouse Gas protocol or other measures. Because they use a flat rate for the CO2 emissions factor for electricity regardless of when is it is used, energy storage actually shows as an increase in GHG emissions because no energy storage is 100 per cent efficient and therefore technically you are using slightly more energy. The fact that the emissions intensity of our electricity varies a lot which means you can use energy storage to reduce CO2 emissions. A lot needs to be included in the calculations. This is explored in a paper for a CIBSE symposium earlier this year.”

Constructing new homes has been a priority for successive governments. Focusing on more offsite component construction, which could include energy efficiency technologies including battery storage is clearly on the roadmap of the Government. More homes need to be built, but they must be constructed to also meet the challenges of climate change, and how energy is generated and consumed.

Whether in the domestic or commercial sector construction companies will come under increased pressure to deliver homes and premises that meet climate change objectives, but also utilise the latest energy conservation technologies, remains to be seen. As the smart meter rollout continues, more energy from renewable sources expands, new rapid building methods are adopted, and time shifting energy tariffs appear, the use of battery technology with become commonplace.