Roland Finch considers the implications of the new Bill. 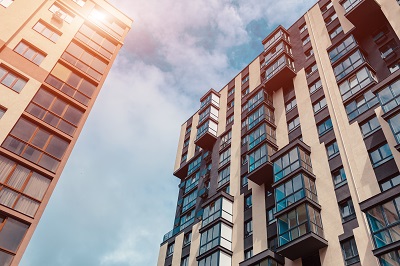 In July 2021 a revised draft of the Building Safety Bill was introduced to Parliament.

The revised Bill follows three years of scrutiny and a public consultation process, and represents a wholescale reform of the building safety regime in line with the recommendations of Dame Judith Hackitt's 2018 independent review: Building a Safer Future.

The Bill is intended to cover England, with selected provisions to be adopted in Wales, Scotland and Northern Ireland.

The new regime introduced by the Building Safety Bill is a strengthened regulatory regime for high-rise and other in-scope buildings (higher-risk buildings). As well as primary legislation, secondary legislation will be used to provide technical requirements and flexibility.

In summary, the purpose of the Bill is to ensure building owners “manage safety risks, with clear lines of responsibility for safety during design, construction, completion and occupation of high-rise buildings”. They “will need to demonstrate that they have effective, proportionate measures in place to manage safety risks”.

It is worth noting that safety risks in this context are “fire spread (for example, from one flat to another or one floor to another) and structural failure”.

Higher-risk buildings in the Bill are defined by their height and use. These internationally used factors are an industry-accepted way of identifying buildings where the consequences from a fire or a structural failure can be significant. Currently in scope are:

The Higher-Risk Buildings (Descriptions and Supplementary Provisions) Regulations 2021 explain that building height will be measured from ground level to the top surface of the roof, excluding machinery and plant rooms.

Explanatory notes supporting the Bill state that “the Independent Review identified that it is important to ensure that the Government can respond quickly in the future, where necessary, to broaden the definition of ‘higher-risk buildings’ in light of either critical new information emerging or experience of operating the new regime”.

The Bill allows the Secretary of State to amend the scope of higher-risk buildings based on cost-benefit analyses and/or advice from the regulator.

This means that other buildings could be brought into scope in the future, such as residential premises under the 18m/seven-storey threshold, hospitals, care homes, prisons, and offices.

There are various new roles and responsibilities being introduced by the regime that are summarised as follows.

The “accountable person” may be an individual or a corporate entity such as the building owner or a management company. They will be responsible for assessing building safety risks on an ongoing basis, and taking all reasonable steps to manage those risks by way of a Safety Case Report which must be submitted to the Regulator.

The above must appoint a Building Safety Manager, whose function is to manage the building in accordance with the Safety Case Report and the Building Assurance Certificate and to work with others involved in the management of the building in order to manage building safety risks appropriately.

Each duty holder will face specific duties to reflect their unique role in ensuring building safety as detailed in the Building (Appointment of Persons, Industry Competence and Dutyholders) (England) Regulations 2021.

For the health and safety practitioner with knowledge of the Construction (Design and Management) Regulations 2015 (CDM), the above titles will be familiar, with Government guidance noting that “these new regulations will impose additional, building safety duties on those duty holders”.

The new regime will also have a new building safety regulator through the Health and Safety Executive. The key responsibilities will be to:

The new regulator will receive mandatory reports that will be required to be submitted under a new “Mandatory Occurrence Reporting System”. Explanatory notes supporting the Bill state that secondary legislation will include a list of categories of occurrences which must be reported, and that reporting will likely be via an online portal.

Reportable occurrences are expected to include substandard products provided for use in construction which impact safety, defective installation of fire proofing, structural failures of a building, failure of building components such as fire doors, failures of installed fire safety systems as well as major events such as fires.

Government guidance supporting the Bill states that “it is important that anyone involved in a project throughout a building’s lifecycle is competent to do their job properly and in compliance with Building Regulations”.

As noted above, secondary regulation will be used to set out the need for competence but that “industry is best placed to set the competence frameworks for each sector and role, based on a national framework”.

As well as the need for competence, the new regime will require due diligence to be undertaken with reasonable steps having to be made to ensure appointees meet the competence requirements. There will also be a requirement to declare this at certain stages of the “golden thread of information” (see below).

Whereas the CDM 2015 set out competence in relation to health and safety, these new regulations set out requirements relating to the competence of those carrying out any design or building work on all buildings to ensure compliance with Building Regulations.

Work is already underway in safety-critical sectors and will be key to support this legislation. The Industry Response Group formed to take the Hackitt report recommendations forward established the Steering Group on Competence for Building a Safer Future (CSG), which itself then set up a number of working groups.

The CSG final report (Setting the Bar) provides the blueprint for competence in higher-risk buildings, with sub-working groups undertaking more detailed work in various areas and defining levels of competence.

Alongside this, the Government is working with the British Standards Institution (BSI) to create a suite of national competence standards for higher-risk buildings.

The BSI published BSI Flex 8670 which will become a full standard and will “provide a set of core principles of competence, including leading and managing safety, communicating safety, delivering safety, risk management, regulations and processes, building systems, ethics, and fire/life safety”. In addition, the BSI has published for consultation:

The golden thread and Gateways

Another key principle of the proposed new regime is that of the golden thread of information with safety considered at every stage of a building’s lifetime.

In order to preserve the golden thread of information and to ensure that safety considerations are in play throughout a construction project, a new system of three Gateway points (also known as stop/go decision points) is set out within the Bill as follows.

The total number of high-rise residential buildings of 18 metres or more in height, or at least seven storeys (whichever is reached first) in England is estimated as of April 2020 to be 12,500.

As such, the new regime will have a major impact on duty holders responsible for safety in these buildings.

It is likely to require a review and reconfiguration of their safety operating models and job roles to meet the requirements of the new regime, along with the upskilling of all those involved in the regime.

With the potential for the definition of a higher-risk building to be broadened, other building types could be brought under the regime as time goes on and more information on building safety is acquired.

Although the Bill is not due to come into force until 2024, work is already underway to make the industry resilient to the new regime.

The work is likely to include considering which current and future buildings will fall into scope of the Bill, gathering information to create the “golden thread”, thinking about what document storage requirements you need in order to record building information, the work needed to bring existing buildings up to standard (so they can continue to be occupied), what upskilling might be needed for duty holders and finally, how all this will be paid for.

Information on the Building Safety Bill can be found at GOV.UK.