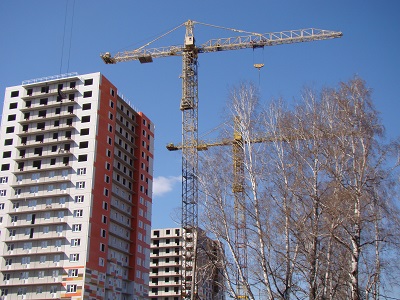 Shortly after midnight on 14 June 2017, a fire broke out at Grenfell Tower, a 24-storey residential block in West London. By the time it was extinguished, some 60 hours later, 71 people had lost their lives, with a similar number injured.

Following the fire, the Government commissioned Dame Judith Hackitt to lead an Independent Review of Building Regulations and Fire Safety. The commission’s final report, Building a Safer Future, was published on 17 May 2018.

The review concluded that one cause of the fire spreading uncontrollably was the use of external cladding that did not comply with Building Regulations, although criticism was also levelled at the response of the London Fire Brigade, Kensington and Chelsea Borough Council, and the organisation that managed the tower on their behalf.

It declared that the system for ensuring fire and structural safety for high-rise residential buildings is not fit for purpose.

The Independent Review made 53 recommendations, which included the following.

The Review defined high-risk residential buildings (HRRBs) as “new and existing high-rise residential properties which are 10 storeys high or more”.

The Government accepted all the Independent Review’s findings and recommendations.

Following a lengthy consultation, the Government’s response was to publish the draft Building Safety Bill on 20 July 2020. The complete version is 331 pages long, with a further 189 pages of explanatory notes.

The Government has also promised a new Fire Safety Bill and a consultation on the Regulatory Reform (Fire Safety) Order 2005.

Altogether, this represents the biggest change in a generation and has wide-ranging implications for the construction industry.

So what does the new Bill promise? And how will it all work in practice?

The Health and Safety Executive (HSE) was established under the Health and Safety at Work, etc Act 1974 as Britain’s national regulator for workplace health and safety. Under the Bill, it will take on the role of building safety regulator, with a broad three-part remit, described in the Bill as follows.

The Bill introduces five statutory dutyholders who will have statutory responsibility and accountability for managing risks across the design, construction, and occupation of HRRBs.

These are: client; principal designer; designer; principal contractor; and contractor. The titles are the same as those found in the Construction (Design and Management) Regulations, but roles and responsibilities will reflect the specific need to ensure fire and structural safety of the building. In particular, the principal designer and principal contractor will have to sign a declaration to the effect that the finished building complies with the Building Regulations.

It is envisaged that these will be set out in more detail the Building Regulations, with a new Approved Document published for this purpose.

Gateway one requirements will be fulfilled by those applying for planning permission for developments containing a higher-risk building in the form of a Fire Statement. However, the Bill notes that if a planning application is not currently required (eg because it has been permitted by the General Permitted Development Order 2015), development proposals will proceed straight to Gateway two.

Gateway two is immediately before construction work begins. It is envisaged as being similar to the current building control “deposit of full plans” stage. There is, however, the provision for a “hard stop” where construction cannot begin ‘”until the Building Safety Regulator is satisfied that the dutyholder’s design meets the functional requirements of the building regulations and does not contain any unrealistic safety management expectations”.

Gateway three occurs at what is currently described as the completion/final certificate phase, where building work has finished, and the building control body assesses whether the work has been carried out in accordance with the building regulations. At this point, all the relevant information (the “golden thread”) must be gathered together and handed over to the accountable person.

This refers to all the information recording decisions, and relevant information about how the building was designed and built, with a particular reference to health and safety. It must be stored electronically for the life of the building and will form part of the Building Information Model (BIM) for the building, and thus comply with relevant (BIM) standards.

The Bill introduces longer time limits for enforcement and stronger sanctions for non-compliance. Breaches of the Building Regulations will become a criminal offence, for example, and the time limit for prosecution is extended from one or two to 10 years, depending on the circumstances. It proposes reform of the Building Control process, with the introduction of a register of approved inspectors.

The Government has separately announced a consultation on the reform of fire safety, with the stated aim of improving competence and accountability of persons carrying out fire risk assessments.

The Government’s agenda is certainly radical and to some observers, well overdue. It proposes wide-ranging changes, which, if they work, will mean new ways of working throughout the construction timeline. However, to operate effectively, it requires buy-in from all concerned.

It is important that responsibility and accountability does not get sidetracked by risk aversion and liability avoidance, where instead of the risks being passed to those best placed to manage them, they are left with those who have the capability to insure against them. The Construction (Design and Management) Regulations suffered from this when first introduced — complaints were raised about the additional costs, while “Planning Supervisor” rapidly became a separate discipline instead of being integrated into the design process. That took 20 years to resolve.

Let’s hope lessons have been learned, even if it takes a tragedy to provide the impetus.

Roland Finch BSc. FRICS ACI Arb. is a technical author for the National Building Specification, (NBS), specialising in preliminaries. The views expressed here are those of the author and should not be taken as representing either NBS or NBS Enterprises Ltd.