The idea that land is a commodity “they ain’t making no more” is not quite true when brownfield land enters the equation. Although reusing land has its own problems, there are solutions to these problems, including a focus on social housing, better data management and new remediation modelling standards. Jon Herbert reports. 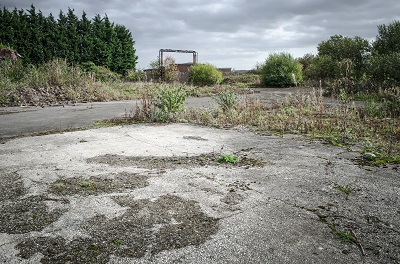 In the UK, a brownfield site is land that has previously been built on, usually for industrial or commercial purposes. It is derelict and possibly contaminated.

With new environmental and remediation technology, it is now estimated that some 800,000 much-needed homes can be built on “recycled” land. However, this is far short of the four million dwellings recent governments have agreed need to be built to resolve a growing housing crisis.

The problems with brownfield sites

Making the most of brownfield land is not plain sailing. For a start, not all pre-used sites are necessarily where people want to live. Nor is it particularly clear where the pockets of urgently needed suitable land actually are. And then there is the difficult question of how to maximise their use, perhaps with a new emphasis on not only sustainability but also “beauty” in a future green and pleasant land.

Not least, there is the thorny question of who pays for preparing the land. Developers argue that the Government should carry the cost to prevent it being passed on to home buyers, so safeguarding the goal of providing more affordable homes.

Home is where you make it

The benefits of brownfield

However, a well-thought-out and implemented brownfield reuse policy can create jobs, economic activity and environmental benefits. The Environment Agency (EA) says, consolidating developments on brownfield land can improve existing services such as transport, utilities and waste management. It can also encourage sustainable lifestyles and, generate opportunities to recycle forgotten land and clean up contaminated, dangerous eyesores.

New research in January 2020 carried out by EDAROTH, a subsidiary of engineering and project management consultancy Atkins, found that there are almost 18,000 brownfield sites with a total of more than 25,000 hectares spread across the UK. It calls for them to be used as a priority to develop low-cost and affordable social housing by making maximum use of modern and, crucially, faster construction methods.

EDAROTH’s report concludes that some 169,000 homes were built in 2018. However, only 17% were social housing. England alone has an annual target of 90,000 for affordable rent, a figure not reached since 1980. Brownfield sites can offer solutions in areas where people do want to live and work. Furthermore, developing brownfield sites owned by local authorities means that councils can improve land asset values and generate rental incomes.

The South East has the largest number of such sites — 3013 — where, it is suggested, a potential 140,000 new homes could satisfy 111% of social housing waiting lists. The North East has the fewest at 756 sites, which could still meet 70% of demand.

A history of brownfield use

Adding pressure to the call for brownfield usage, the Campaign to Protect Rural England (CPRE) has been critical of figures released in 2019 showing that uptake fell by 3% over a year according to the Government’s Land Use Change Statistics in England: 2017–18 , although new residential addresses on greenfield fell from 4% to 2% between 2016–17 and 2017–18.

According to the statistics, 53% were created on previously developed land, 17% on agricultural land, 15% on land not previously developed, with 13% falling into the “other developed use” category. With storms and climate in mind, new addresses created in high flood risk areas fell from 11% to 9%.

What most concerned the CPRE was that the proportion of brownfield development fell to its lowest level in five years, and particularly that 2628 hectares in 2017 dropped to 1758 in 2018. It adds that homes built on derelict and vacant sites fell by 10% from 2014 with 3689 hectares of countryside lost to housing in the year to May 2019.

Admittedly, many brownfield plots can be smaller and difficult to reach which, in turn, makes the economies of scale less profitable. However, modern and modular construction methods can potentially make these sites viable.

A counter argument is that not only are some sites not appropriate because they are undesirable from a prospective tenant’s point of view or even, ironically, have too great an ecological value to be concreted over — as in the case of some North Kent nature reserves, but their total brownfield acreage still represents only a quarter of the land needed for new British homes.

More controversial is the suggestion of pulling down existing average density housing to build higher density developments for a larger number of people — a move that would undoubtedly be met by resident resistance. Based on a 2018 figure of 27,700 available hectares and an average density of some 35 dwellings per hectare, that would mean a potential for a little over 950,000 new homes of the four million needed by 2031 at a rate of a third of a million each year. The other alternatives are greater use of public land and selected greenbelt.

Brownfield land falls into four categories: vacant, derelict, contaminated and partially-occupied or utilised. Dealing with contamination, in particular, can be problematic and costly, with threats to human health, harm to fauna and flora, plus polluted groundwater.

However, there are two things that can increase the optimisation of brownfield sites: brownfield land data and a new standard to help remediation.

The Town and Country Planning (Brownfield Land Register) Regulations 2017 require local planning authorities to maintain a register of brownfield sites suitable for housing. New guidance has been issued to ensure brownfield land registers are published in the agreed format with correct data, are kept up to date and are easy to find online.

Brownfield land data can be used in planning housing-led developments, to create new digital services and to give community members more insight into local developments. However, entries in the register must be easy to find, use, understand and trust. Therefore, they must be reviewed at least once a year and amended as soon as a new brownfield site is identified or an existing one changes status. Similarly, if a site is no longer considered brownfield land, rather than being deleted it should be given an “EndDate” field value.

A draft British and International Standard: BS ISO 21365 Soil Quality. Conceptual Site Models for Potentially Contaminated Sites was announced by CL:AIRE in January 2020. CL:AIRE is an independent not-for-profit organisation set up in 1999 to stimulate the regeneration of contaminated land that helped to develop the Definition of Waste Code of Practice and the emerging National Quality Mark Scheme.

The new standard provides guidance on using text or diagram conceptual site models (CSMs) showing contaminants moving through soil, air or water to environmental receptors. Designed for regulators, landowners, developers and the public, it shows how CSMs can be used in successive phases of preliminary assessment, detailed investigation, health and environmental risk assessments, remediation and construction or engineering work.

ISO 21365 describes what CSMs are, are used for and their structure, stressing the need for an iterative and dynamic development approach whether contaminants occur naturally or are manmade. CL:AIRE says ISO 21365 is likely to be adopted as a British Standard in 2020.