And yet, still it goes on. This was the month when Brexit was finally supposed to be “done” – after all, the UK now had a Prime Minister in Boris Johnson who had said that he would rather die in a ditch than return to the EU to ask for yet another extension. Paul Clarke updates us on the ever-changing world of EU withdrawal. 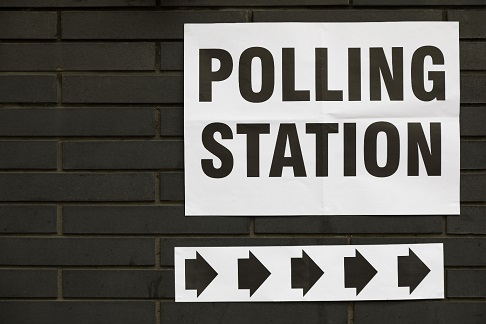 So the UK would be leaving the Union on 31 October 2019 do or die, as Mr Johnson had said in his pitch to the Conservative Party to become their leader, and had repeated to the country at large ever since winning that particular fight.

A year ago, the November 2018 article in this series noted Theresa May’s assertion that 95% of the Withdrawal Agreement was settled but also pointed out that this was a little like being 95% of the way up Mount Everest: it doesn’t really count. And what was the key issue stopping her returning to Westminster in triumph? It was the backstop to avoid a hard border between Ireland and Northern Ireland and in particular her failure to convince her party’s allies in the DUP that this was a workable idea.

This issue has bedevilled the negotiations since they began, with the UK insisting that no part of the United Kingdom could be treated differently under any trading or customs arrangements and the EU repeating that there could be no hard border threatening the peace brought about on the island of Ireland by the Good Friday Agreement. In addition, it insisted, the integrity of the single market must be protected so there must be a way to examine goods moving from a third country (the UK after Brexit) into an EU Member State (Ireland) to ensure that they met European standards. With UK politicians talking up the possibility of a post-Brexit trade deal with the United States, these fears centred on the possibility of products that fell below the Union’s strict food safety standards – anyone for chlorinated chicken?

On one side of this seemingly intractable argument, Mrs May had made it clear that she would not accept the EU’s proposal of creating a new customs barrier in the Irish Sea. “No UK prime minister could ever agree to it,” she told the House of Commons. “I will be making it crystal clear to President Juncker and others that we will never do so.” In November 2018, having resigned from Mrs May’s Cabinet, Boris Johnson spoke at the DUP annual conference in Belfast and told an enthusiastic audience that “no British government could or should” sign up to putting a border in the Irish Sea between mainland UK and Northern Ireland. Just less than one year later, he returned from his first EU Council meeting to recommend exactly that.

Lipstick on a pig

As President Obama once said: “You can put lipstick on a pig. It's still a pig.” And that to his opponents summed up Mr Johnson’s “new” deal with the EU: it is, they said, just Theresa May’s deal with a few add-ons. Most importantly, from the European Union negotiators’ point of view, it reinstated their idea of moving the border between the UK into Ireland into the Irish Sea. In return they gave up on the planned Irish Backstop after Mr Johnson agreed that Northern Ireland would keep to EU rules on matters such as labelling and manufacturing processes (and, to some degree, on VAT).

In return, Northern Ireland would have the right to vote on these new arrangements through its Assembly – but not until four years after the end of a transition period during which, despite Brexit having been achieved, everything will stay the same between the UK and the EU while they start substantive trade talks. As this is due to run until at least the end of 2020, the Northern Ireland Assembly (which has not met for nearly three years due to disagreements between its constituent parties) would not be able to exercise its vote until the end of 2024. Even that would not be the end of the story as the agreement lays down that, in the event that the Assembly votes against the new arrangements, they would not stop applying for a further two years.

Letwin puts his stick in the wheel

Having alienated the DUP, and after withdrawing the whip from a substantial number of his own MPs for voting in favour of the Benn Act/ Surrender Act (delete according to taste), the Prime Minister now faced the task of persuading the House of Commons to back his agreement. He was however at least 30 MPs short of a majority so he needed all of his own Party – including the hard-line Brexiters in the European Research Group (ERG) – plus several Labour members to back him. According to reports, he sold the ERG on his ideas of the UK taking on the EU as a “Singapore-on-Thames”, offering investors a low-tax, lightly regulated economy. Mr Johnson pointed out that he had resisted EU attempts to keep promises about operating to level playing-field rules in the legally binding part of the agreement.

At the same time, Mr Johnson was talking to Labour MPs from constituencies mainly in the north of England that had voted to leave and was telling them that safeguards were in place to maintain workers' rights and environmental protection. He presumably glossed over the fact that these sections had been moved from the legally binding 535-page Withdrawal Agreement into a revised, but still non-binding, 27-page Political Declaration. Nevertheless several Labour MPs said that they were prepared to accept the deal in order to end the impasse in Parliament. Then former Conservative minister Sir Oliver Letwin introduced an amendment to the Prime Minister’s attempt to get his deal voted through, and saw it passed 322 to 306.

Effectively this meant that Parliament would withhold approval of the new deal until the Withdrawal Bill implementing Brexit has been passed and there is no chance of a no-deal exit. This forced the Prime Minister, under the terms of the Benn Act, to send the letter to the EU asking for an extension beyond 31 October 2019 that he had vowed he would never sign. His revenge was to send it unsigned, together with a covering letter, written by Sir Tim Barrow, the UK’s Permanent Representative in Brussels, making it clear that the first letter was from Parliament, not the Government. Then, to rub the point home, Mr Johnson included a letter which he did sign and which explained, to any of his fellow European leaders who were in any doubt, that he did not want an extension.

The Prime Minister followed up these manoeuvres by trying to force Parliament to debate and agree the bill enacting his deal in UK law within three days, a move which prompted Hull East Labour MP Karl Turner to point out that he and his wife “spent longer choosing a sofa than we have to debate this incredibly important bill”. He added: “The Prime Minister’s own legislative adviser, Nikki de Costa, has said she thinks this House needs at least four weeks to debate this important legislation.” Mr Johnson’s next move was to offer slightly longer for Parliament to debate the bill – until 6 November – but only if they agreed to a General Election on 12 December.

Parliament had meanwhile voted to approve the second reading of the bill, causing the Conservative Party to tweet that “Boris’s Brexit deal has passed Parliament”. This was not true of course, as MPs had simply agreed to move it to the stage when they could begin to scrutinise it in detail and, importantly, to add amendments. As those handling the Twitter account no doubt know, it must then go through the report stage before a third reading by MPs, where it could till be rejected. It would also need to go through similar stages in the House of Lords.

The nextension is a flextension

After Boris Johnson was forced to request an extension, the EU responded by agreeing but making it a flexible option with the UK either leaving on 31 January 2020 or, if it can get the requisite legislation passed, either on 1 December 2019 or 1 January 2020. Suddenly, this seemed to break the logjam and one by one the opposition parties started to warm to the idea of an early general election.

Stand by for lots of jokes about turkeys voting for Christmas as the nation finds itself gearing up for its first December election since 1923. Even this was preceded by parliamentary confusion as MPs rejected the idea of a 12 December election when they met on 28 October then returned the next day to give it an overwhelming vote of support. The Withdrawal Bill now disappears into a cupboard in 10 Downing Street until the nation decides who gets to decide Brexit, and everything else.

As it stands, the only person who left on 31 October was the Speaker of the House, John Bercow, who retired from the post and then said that he would not be standing as an MP at the election. Whether they stand or not, there will be several among his current colleagues who will not be returning for Brexit 2.0.