After an 11-month transition period, the UK’s exit from the EU is complete. Jon Herbert summarises the major points and relevant guidance. 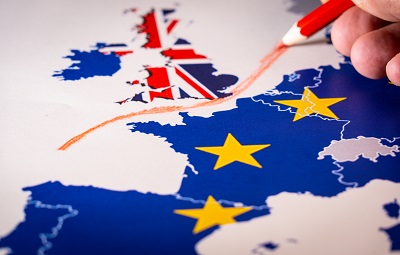 The UK left the EU at 11pm on 31 January 2020. However, the Health and Safety at Work, etc Act 1974, which is of British rather than European origin, will remain the primary source of UK health and safety law long after Brexit.

While final details of a future UK–EU trading relationship may still be in flux, and future UK parliaments could theoretically make specific changes, underlying fundamentals will remain unchanged.

These include continuing employer responsibilities to protect in a proportionate way the health and safety of their workers and others affected by work and workplace activities.

The Health and Safety Executive (HSE) has summarised what companies and managers need to be aware of, starting with a reference to official Government guidance and then looking at specific industries.

A major sector is chemicals where guidance, further resources and updates are given for five key areas. These are:

From 1 January 2021, Great Britain (England, Scotland and Wales) will have in place a regulatory framework for biocidal products. This will reflect the current EU framework (EU BPR), but the two will operate independently.

With the amended regulations, many functions currently carried out by the EU will continue in Great Britain (GB). Some EU functions have been removed, such as union authorisations and mutual recognition, as no longer relevant.

This means that businesses based in England, Scotland and Wales that put chemicals (substances and mixtures) on the GB market will have to comply with the new GB CLP Regulation.

Export and import of hazardous chemicals

Post-transition, GB will operate a new Prior Informed Consent (PIC) regulatory regime based on the existing EU regime but operating independently. Amendments will ensure functions carried out in the EU to continue in GB.

From January, a new GB independent pesticides regulatory regime will become responsible for decisions and rules. GB will have no formal role in EU decision-making processes; new EU regime decisions will not apply in GB ― including active substance and Maximum Residue Level (MRL) decisions and any new EU Plant Protection Product (PPP) legislation.

The HSE will remain the national UK regulator on behalf of the UK Government and the devolved administrations.

In Northern Ireland, under terms of the Withdrawal Agreement and Northern Ireland Protocol, the EU pesticides regime will apply in the same way as during the transition period.

Post-transition, the EU REACH Regulation will come within UK law under the European Union (Withdrawal) Act 2018. As such, REACH and related legislation will be replicated in the UK with changes needed to make it operable in a domestic context.

UK REACH and the EU REACH regulations will operate independently. Companies supplying and purchasing substances, mixtures or articles to and from the EU/EEA/Northern Ireland and GB must ensure relevant duties are met under both pieces of legislation.

Under the Northern Ireland Protocol, the EU REACH Regulation will still apply to Northern Ireland after the transition period, while UK REACH will regulate the access of substances to the GB market.

New rules from January 2021 will ensure the safe and secure management of civil explosives.

CE-marked civil explosives goods can still be placed on the UK market until 1 January 2022. This includes civil explosive goods that have been assessed by any EU-recognised notified body. Further guidance is available at GOV.UK.

If a company has already placed goods on the market in an EU country (or the UK) before 1 January 2021, nothing further needs to be done.

However, from that date a conformity assessment must be completed by an EU-recognised Notified Body to place civil explosives goods on the EU market. The UKCA mark will not be recognised. See GOV.UK.

The HSE website and GOV.UK both have pages of advice, as well as advice on using the UKNI marking from 1 January 2021.

Transferring explosives from outside the UK into GB

The UK Conformity Assessed (UKCA) mark is the new UK product mark for civil explosives and other goods. From 1 January 2021, it will begin to replace CE marking for goods on the UK market.

Companies need to be ready to use the UKCA mark instead of the CE marking as soon as possible. From 1 January 2022, it must be used on civil explosive products.

The new mark needs to be incorporated in the design process to meet this timetable. However, it will not be recognised for products placed on the EU market.

Further guidance is available at GOV.UK.

From 1 January 2021, UK-based Notified Bodies that choose not to continue meeting EU requirements become UK Approved Bodies under UK legislation. UK Approved Bodies cannot apply a CE mark (unless agreed as part of a future trade deal with the EU) but will instead apply the UKCA mark.

3. Regulating equipment and machinery when the transition period ends

From January 2021, new rules will ensure that only safe and compliant work equipment is placed on the market.

CE marked workplace products will be accepted in the UK until 1 January 2022, including goods assessed by an EU-recognised notified body. See the HSE website.

The UK Conformity Assessed (UKCA) mark is the new UK mark for workplace products and other goods and from 1 January 2021 will begin to replace the CE marking for goods on the UK market. From 1 January 2022, the UKCA mark must be used on workplace goods products.

Using the UKNI marking from 1 January 2021

Placing workplace products and goods on the EU market

Companies placing goods on the market in an EU country (or the UK) before 1 January 2021 need do nothing further.