The EU referendum is a once-in-a-generation event, says Julie Hirigoyen, and its outcome will have implications for efforts to improve the sustainability of the built environment. 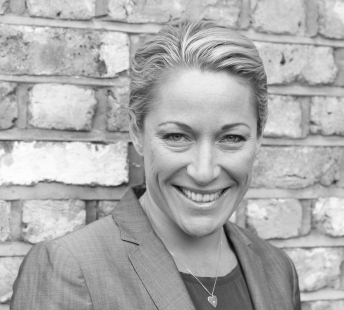 The outcome of the EU referendum in June 2016 will ultimately be driven by the vote of UK citizens. The UK-GBC naturally hopes that implications for the sustainability of the built environment will be taken into consideration when individuals cast their votes.

EU legislation is closely tied up with UK policies to improve building standards and retrofit existing buildings. It is unclear exactly what kind of relationship the UK would build with the EU in the event of a vote to leave, so one of the immediate impacts would be a period of uncertainty while the new relationship is being negotiated.

The Energy Saving Opportunities Scheme (ESOS). The scheme was introduced in 2015 to comply with the Energy Efficiency Directive (EED). Under the scheme businesses with more than 50 employees or a turnover of more than £250m are required to undertake energy audits every four years, with the first deadline for submissions in December 2015. If the UK were no longer covered by the EED, however, ESOS would face an uncertain future as a policy introduced directly as a result of the Directive. It is only likely to be maintained if analysis of the scheme is able to demonstrate that it has driven significant carbon reductions in the commercial sector, which will be crucial in achieving the carbon budgets.

National Energy Efficiency Action Plan (NEEAP). Member States need to provide national updates on progress towards the EU target of 20% energy savings by 2020 through a NEEAP, which is updated every three years. The most recent NEEAP from the UK was published in April 2014. It showed that we are on track to meet the EU 2020 target, but it is unlikely the Action Plan would be updated in April 2017 if the UK were to withdraw from the EU because the 2020 target would no longer apply.

The EU Emissions Trading System (ETS). ETS was introduced in 2005 to establish a cap and trade scheme between Member States. Building on the ETS and in response to the low cost of carbon, the UK introduced a Carbon Price Floor in 2011 which set a minimum price through the Climate Change Levy (CCL) and fuel duty. The Government confirmed in the Budget 2016 that the CCL would be increased in order to offset the scrapping of the Carbon Reduction Commitment, suggesting that the policy would remain regardless of the outcome of the referendum.

There is also a good deal of uncertainty about what impacts withdrawal would have on UK energy efficiency policy. There are cases where the implementation of EU legislation has resulted in completely new policies being introduced in the UK, but in many instances there is a more complementary relationship, with some of the most ambitious EU policy actually following the lead of initiatives introduced in the UK.