David Baldock says that environmental policy has been largely overlooked so far in the in-or-out-of-Europe debate. 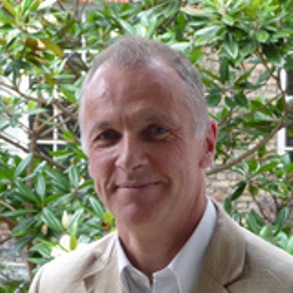 Over the last few weeks the media has begun to make concerted efforts to contribute to the referendum debate, with several aspects of the UK–EU relationship being discussed to varying degrees. However, environmental policy, on which the EU has been notably active, seems to have been largely overlooked despite the fact that UK environmental standards are likely to be significantly affected if there were a vote to leave the EU.

After decades of joint effort between the EU and its Member States in creating environmental policy and regulation, unpicking the national from the European would be challenging, to say the least.

There are three main reasons why the EU has been so heavily involved in environmental matters, one being that many key environmental issues transcend national borders and governance, for example the response to climate change.

Second, there is an economic advantage in agreeing common standards and approaches inside a single market where there are no trade barriers. Common technical barriers, such as on polluting emissions from cars, prevent indirect barriers to trade and avoid incentivising countries to adopt lower standards.

Third, there is a historical record of governments being more likely to make long term decisions, reducing water pollution, for example, when their neighbours commit to the same obligations. While this is partly a question of political courage, facing possible short term costs for the sake of longer term benefits is less risky if others are doing it as well. The chances of facing unfair competition from those less committed to sustainability are greatly reduced when there are relatively consistent rules applying throughout the EU.

Nearly all studies examining the EU’s record on the environment have come to similar conclusions: standards have been raised, pollution has fallen, new processes and targets have been put in place. Unsurprisingly, membership has both its merits and frustrations, but recent reports — by the House of Commons EAC, a group of academics led by Andrew Jordan and Charlotte Burns, and the Institute for European Environmental Policy (IEEP) — all agree that significant progress has been made since adopting a collective approach. They also agree that the UK has played an influential role in establishing the now substantial edifice of EU law.

Despite the relative silence of the media on this topic, these issues are highly strategic and the choices far from trivial.

David Baldock is Executive Director of the Institute for European Environmental Policy (IEEP), dedicated to advancing an environmentally sustainable Europe through policy analysis development and dissemination.