Jeff Cooper explores the growing understanding of the importance of exploiting the potential advantages of battery storage to solve environmental problems. 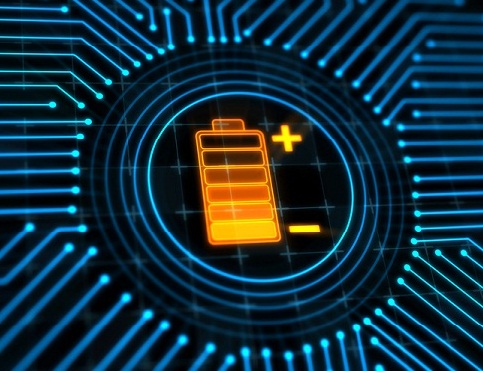 There has been a recent surge of interest in the potential contribution that battery storage can offer to solve several environmental problems, including storing excess electrical energy generated from renewable energy sources and ameliorating air emissions through the use of electric vehicles, especially in London.

It has long been recognised that there is a need for storage of electrical energy in the UK but with the generation of electricity from fossil fuels, there were limited options. In the past, peak shaving and surges in short-term electrical demand have been met through the pumped storage schemes in North Wales and Scotland, apart from the main option of running some of the generating capacity on standby. However, as the amount of generation capacity from wind and solar power, plus smaller contributions from other sources, has increased over the past few years to provide over 25% of total UK electrical demand and well on the way to exceeding the EU’s target of 30% by 2020 and with solar photovoltaic (PV) capacity now exceeding 10GW generation capacity, storing energy has become ever more urgent.

This is where battery storage has to be increasingly used to adjust for the peaks and troughs in demand and supply. Battery storage can be used at a variety of scales and this article will outline the potential systems that can be used in order to help the UK move towards a decarbonised energy in the future by 2050, as required by the Climate Change Act 2008.

Currently, there are different opportunities that can be implemented at a variety of scales:

The first major grid compliant battery storage facility was opened in Leighton Buzzard in 2012. It is operated by UKPN, one of the major regional electricity distribution supply companies operating in the UK. UKPN has recognised that it needs to move to become a more flexible operator taking electricity from smaller generators as well as the main electricity supply companies in order to balance supply and demand for electrical energy in the future. UKPN is now supporting a number of community initiatives that deliver local power for residents and beyond. This includes a community-based initiative for a Brixton tower block, albeit after considerable time and negotiation, which is fitted with solar panels to provide the residents with cheaper electrical power and income for the community. The negotiations obviously included the landlord for the tower block, Lambeth Council, they were very supportive.

In August 2016, following on from the initial success of the Leighton Buzzard project, National Grid announced that it was commissioning 200MW of projects ranging in capacity from 10–49MW and costing a total of £66 million. These new plants are mainly linked with a variety of different type of renewable energy facility, such as a West Wales wind farm.

There are a number of regulatory issues that will need to be addressed in the future, particularly the point that battery storage systems are regarded as energy generating facilities and therefore subject to the regulatory regime governing those businesses. However, the battery storage facilities could receive their energy from a variety of sources and the stored power could go out subsequently to a number of different distribution companies and customers so the financial accounting processes need to clear and transparent to all.

There are a number of companies that have emerged in order to provide businesses with electricity storage, covering a wide spectrum of services, including storage of renewable electricity sources, avoiding high charges at times of peak electrical demand and resilience to ensure voltage optimisation and to avoid impacts of power cuts and brownouts.

One of the main areas that the Powerstar company, based in Sheffield, is currently focusing on is the growing demand for charging facilities for electric vehicles. While the current UK electric vehicle stock is only around 100,000 the projected growth rate is considerable. However, the advances in battery technology that have affected battery chemistry have also importantly influenced the speed at which batteries can be recharged. Progressively, charging has shifted from slow through fast and rapid DC to rapid AC charging, thereby potentially affecting the demand on power supply systems for electrical energy locally.

There is therefore an urgent need to ensure that the electricity distribution system can cope with the demand for rapid charging to cope with the number of electric vehicles that are expected to be running on Britain’s roads in the next decade. More immediately, and this may be the test bed for the future system nationally, there is the introduction of electric taxis in London from November 2017 onwards. In preparation, TfL is paying for the upgrading of the electrical sub-stations in Central London in order to ensure that the system is capable of sustaining the potential increased demand on the supply system.

For SMEs, the advantage of using battery storage is that businesses can use stored energy from either solar panels or at off-peak lower cost from the grid to recharge their electric vehicles at times suited to them and enable recharging of vehicles at times best suited to their logistical requirements. An important further benefit is that they can often avoid the added cost of upgrading their power supply arrangements. In London, several businesses have moved over to the use of electric vehicles for deliveries and BT are investigating the use of electric vans to replace their current generation of diesel-powered mobile tool boxes.

Initially, when the Government introduced incentives for households to install solar PV panels, they were paid 43.3p per unit for the electricity that was generated (and still are). Subsequently, the amount of money paid has been substantially reduced so that as of 2017, it is likely that for recently installed solar PV facilities, the amount paid by the local distribution company will be around £.05 per kilowatt hour, which is down from the 12.03p per unit which was paid until April 2016 (plus £0.04 for energy consumed by the household). In all cases, these payments are also fixed for a period of 20 years.

Given this background, therefore, it is no surprise that there are now several companies that have been established in order to provide an additional incentive to householders and community establishments for fitting solar PV panels that include a battery storage unit in order to have their own storage facility to provide electricity when the solar panels are not operational.

The London based company, Moixa has pioneered the potential uses of battery storage. The Smart Battery is one option available on the market for storing electrical energy, ideally from solar PV panels but also by households using cheaper night-storage tariffs to be used during periods when electricity charges are higher. Also, there is the example of the Hull based company, EYG Solar, a new subsidiary of the long established business East Yorkshire Glazing, which uses solar panels designed by Canadian Solar Inc but manufactured in China and inverters from a Chinese company, Samil Power to enable households to gain greater advantage from the generation of their own power.

The main problem is that there is no longer an overwhelming financial incentive to install solar panels, even with a battery option, unless the householder is certain to be in the house for at least a generation and is not borrowing the money to install the units. There is however, the advantage of protection against future increases in electricity prices and the feel-good factor that they are helping to mitigate the effects of climate change.

Following the announcement by Greg Clark, Business and Energy Secretary on 24 July 2017, there will be even greater emphasis on exploiting the potential advantages of battery storage as one aspect of a wider strategy “to deliver a smarter, more flexible energy system by removing barriers to smart and battery technology”. The announcement also committed Government support for a group of universities to work on the improvement of battery chemistries and technologies as well as the development of innovatory systems to ensure that UK businesses and consumers can benefit from the new era of locally sourced distributed energy.

When used appropriately, modern batteries are capable of functioning in good order for up to 15/20 years and can then often be reused for less power critical purposes. Even in the dark ages when BT relied on lead/acid batteries for powering the telephone network in the 1980s, they provided time expired units from exchanges to the pioneering Machynlleth green community project so that they could store the electricity they generated by wind and water power, and those batteries continued to operate successfully for several more years.