What is quality? How do we define it? How should we assess and measure it across construction projects? Roland Finch finds it a difficult concept to pin down. 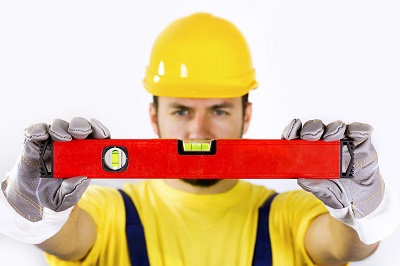 However, one thing the memorandum doesn’t explain is precisely what is meant by quality itself.

Rethinking Construction, the report from the Construction Task Force chaired by Sir John Egan, was published in 1998. Its executive summary declares:

We have identified five key drivers of change which need to set the agenda for the construction industry at large: committed leadership, a focus on the customer, integrated processes and teams, a quality driven agenda and commitment to people.

Does this sound familiar?

In truth, Rethinking Construction can be a bit muddled at times. It talks variously about the need to balance quality and price, but then includes this definition:

Quality means not only zero defects but right first time, delivery on time and to budget, innovating for the benefit of the client and stripping out waste, whether it be in design, materials or construction on site. It also means after-sales care and reduced cost in use. Quality means the total package — exceeding customer expectations and providing real service.

The Construction Industry… must understand what clients mean by quality and break the vicious circle of poor service and low client expectations by delivering real quality.

So does quality include price, or is quality competing with price? And is there a difference between quality and “real” quality?

Of course, the “real” answer is, on the face of it, simple. Quality means different things to different people. In the case of the Egan report, seven principal indicators were identified: capital cost, construction time, predictability, defects, accidents, productivity and profit.

The report set targets for each category; self-evidently, the first five ought to be reduced, and the last two should increase. Indicators were put in place, and a series of benchmarking exercises were undertaken.

Was it a success? Well, the fact that a little over 20 years later, the three august professional bodies are joining in an initiative to promote much the same things suggests it hasn’t been an unqualified success.

How is quality assessed?

One other theme that has emerged in the interim is the concept that, in many respects, issues of quality can be subjective.

Most standard form building contracts include something to the effect that completion is a matter for the opinion of the architect/engineer/contract administrator, rather than something which can be definitively or objectively measured (notwithstanding that it may be evidenced by certain documents, such as Health and Safety Files or building manuals).

It is perhaps worth pointing out at this juncture that although not generally concerned with construction work, the Sale of Goods Act 1979 describes some of the factors that may be considered when deciding if those goods are of the appropriate quality, including appearance, finish, safety and durability. It does, however, contain the caveat that the “standard” is that which a reasonable person would conclude, having regard to all the relevant circumstances, including description and, interestingly, price.

The Sale of Goods Act 1979 at least recognises that the less you pay, the poorer the quality you are likely to get — always allowing for the fact that if something is described as performing a function, the least you should reasonably expect is that it will perform that function.

If we accept that to a certain extent quality is subjective, there are a few other things which may be considered. In the construction industry, these can include things like:

• ease (and cost) of maintenance

When considering quality in procurement, it is also commonplace for assessments to consider things such as how the design team collaborated, both in terms of problem solving and learning lessons from previous projects. “Continuous improvement” is an accepted term, while it has long been regarded as good practice to request testimonials and take account of previous work, albeit not perhaps in such scientific detail.

Similarly, the emergence of benchmarking standards and Publicly Available Specifications such as PAS91 (2013, as amended), have taken prequalification questionnaires to a new level.

How is quality measured?

Measuring quality can be difficult. It is entirely possible that different actors in the construction process will have different views on what is acceptable in the circumstances, and sometimes the same people will vary their opinions from project to project. The courts are littered with cases involving differences of opinion between clients, contractors and contract administrators.

When judging quality, two methods that are often proposed — and often confused — are the respective techniques of quality assurance (QA) and quality control (QC).

Although the stated intention of both is the same — to improve the acceptability of the finished article — it is important to understand the differences between them.

Put simply, QA seeks to ensure that the construction processes follow agreed standards, while QC involves physical checks of the work once it has been finished. This can involve practical inspections and testing. There are a number of tools which can support each activity, and in some cases, there will be a degree of overlap, but they also need to be designed in advance so that everyone concerned knows what is expected of them, and perhaps just as important, the consequences of failing.

Often, third parties will also become involved in the quality debate; recent examples of the dreadful events at Grenfell Tower and the appearance of construction defects in school buildings in Edinburgh have prompted those who were commissioned to report on the circumstances to question quality both in design and construction.

Public events like these also attract scrutiny from a wide variety of sources, who often have significantly different opinions on what aspects of quality they wish to consider.

In each case, the commentators have the advantage of being able to do this with hindsight, but such has been the emergence of a risk-based approach to design and construction over a number of years, it is important to ensure that decisions at all stages, including those, or perhaps especially those where subjective opinion is involved, are transparent and properly recorded.

Quality is an emotive issue. For clients, in particular, the intuitive conviction that all buildings should be designed to an acceptable standard of quality, and therefore the one which is priced the lowest offers the best value, is a difficult idea to shake, as is the belief that if something fails to perform in the way they expected, even if they didn’t know what to expect, then blame can be laid.

There is a need for better education and communication if the message is to get through.

It often falls to the Government to lead, which to a certain extent it has been doing with initiatives such as “Achieving Excellence in Construction”. That the professions are coming together to make a commitment on quality is undoubtedly good news. It is to be hoped that they see it through.