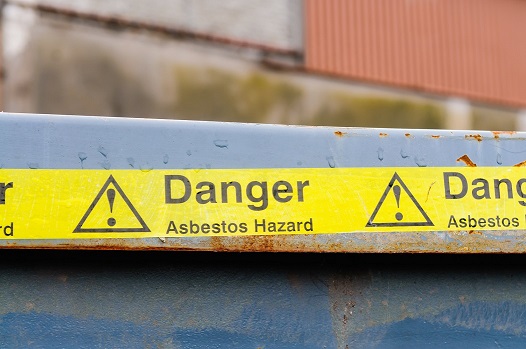 Asbestos is a natural product that until relatively recently was viewed as a ‘magic mineral’. Archaeological studies have found evidence of it being mined as far back as the Stone Age, but large-scale commercial mining did not begin until the end of the 19th century when manufacturers and builders began to use it for its desirable physical properties.

It came to be regarded as the wonder building material. It was relatively cheap and highly adaptable for a number of applications. In addition to its use in the construction industry, it is an excellent electrical insulator and highly resistant to heat. As a result, asbestos was widely used in the 20th century, particularly during the reconstruction period following World War II.

The 1950s saw a massive boost in school construction and it is accepted that many schools that were built before 2000 will contain some form of asbestos. Many of these schools were system-built and asbestos was widely used during their construction for:

The hazardous nature of asbestos

Asbestos is composed of long and thin fibrous crystals; each fibre being composed of many microscopic 'fibrils' that can be released into the atmosphere by abrasion and other processes.

By the 1970s the health hazards of asbestos dust had received public recognition, and this led to its being outlawed in mainstream construction and for fireproofing in most countries.

The microscopic fibrils of asbestos can easily be breathed in and it was realised that inhalation could lead to various serious lung conditions, including:

It was discovered that the microscopic fibres can remain in the lungs and the chest cavity for many years, often taking as long as 30 or 40 years before there are any signs of disease. It is thought that at least 10,000 people die each year from diseases resulting from historical exposure to asbestos fibres.

Is there always a risk?

It is estimated that about 6 million tonnes of asbestos are spread across 1.5 million buildings in the UK and that it is found in 80% of our schools. Informed advice from the Health and Safety Executive is that asbestos poses a minimal risk provided that materials containing asbestos are in good condition and are not likely to be damaged. They may be left alone, but their condition should be monitored and managed to ensure that they are not disturbed.

Schools, like any other non-domestic premises, have a duty to manage any asbestos that is there. There is a requirement to protect anyone using or working in the premises from the risks to health that could result from exposure to asbestos.

Risks will occur if there is any disturbance. For instance, if holes are drilled in walls that contain asbestos, or the wall is damaged by collision with, say, a trolley. Also, vandalism should not be ruled out.

With specialist equipment it is possible to measure the density of airborne asbestos fibres and concern has been expressed that requirements for the management of asbestos in the UK are lower than those of countries such as Germany. For instance, a child inhales between five and ten cubic metres of air per day and permitted levels of airborne asbestos in the UK can expose a child to 100,000 fibres per day. In Germany, with higher standards, this would be reduced to 10,000 fibres per day.

A great many of the system-built schools of the 1950s and 1960s are still in use. Most contained asbestos during the construction process and some are now in variable states of repair. As has been previously mentioned, asbestos is safe, provided that it is undisturbed, but in many schools, poor maintenance has led to cracking of wall finishes and concrete surfaces, with pipe laggings breaking down, enabling asbestos to leak into the atmosphere.

What is not known is how many children have been affected. Bearing in mind that diseases associated with asbestos exposure do not normally manifest themselves for a number of years, it is likely to be some time before there is any reliable evidence.

The NEU maintains that it is not good enough to assume that because asbestos is not being disturbed, the environment is safe. Removal is always the option favoured by the NEU, but the financial implications of this are enormous.

Another asbestos issue that schools need to consider is the use of World War II gas masks during historical enactments or as part of other activities in schools. From 1938 over 25 million gas masks of varying types were issued for adults, children and infants. Most incorporated finely milled asbestos as part of the filter. These filters were considered to be quite safe when they were first manufactured, but over the past 80+ years, they are most likely to have deteriorated, causing minute asbestos fibres to begin to leak out.

Although there is no way of confirming this, it is fair to assume that the cloth bag, the cardboard carrying box, the cloth straps and the deteriorating rubber will all have been contaminated.

Both the Health and Safety Executive and the Imperial War Museum strongly advise that it is not appropriate for children or teachers to wear or handle a World War II gas mask unless there is clear proof that the gas mask in question does not contain asbestos.

To be on the safe side, in view of the extreme likelihood of contamination, a World War II gas mask should never be taken into a school. These gas masks have no place in the hands of children or even inside school display cases.