The High Court has given guidance on the question of the date of a person’s knowledge of a disease caused by many years of exposure to asbestos. Barrister Robert Spicer reports on a recent case. 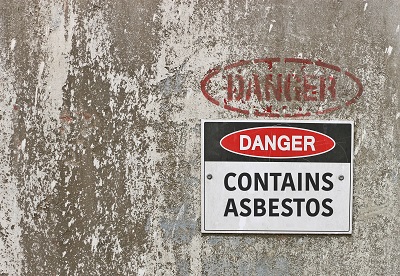 The facts of the case of Balls v Reeve and another (2021) in summary, were that B claimed compensation from the personal representatives of ST. B was employed by ST’s construction business as a carpenter from 1954 until 1983. It was claimed that B worked regularly with asbestos during the construction of houses, bungalows and farm buildings in Suffolk. He smashed up asbestos sheets with a hammer and picked up the broken pieces of asbestos with his hands. He cut new sheets of asbestos with hand saw and hand drill, which created asbestos dust. His work also involved cutting and drilling corrugated asbestos sheets. At the end of each working day he swept up asbestos dust. He was not warned of the danger of asbestos and was not provided with any masks or protection.

B, now aged 81, contracted asbestosis which has caused significant disability. ST died in November 2015. ST’s son and daughter were substituted as personal representatives and defendants in the claim. The claim covered the period from 1979 to 1984 when insurance cover was available.

The claim alleged that the defendants knew or should have known that the inhalation of asbestos dust or fibre was dangerous, that B should have been protected from that inhalation and that not to protect him gave rise to a foreseeable risk of asbestos induced illness.

B stated that he was first advised that he had asbestosis in May 2017.

The claim was issued in October 2019 and it was argued by ST’s representatives that it was outside the limitation period. They argued that B was aware that he was suffering from a respiratory condition in the 1990s and that there was medical evidence of a condition related to asbestos exposure in 2013. A reasonable person, knowing what B knew and ought to have known, would have considered the injury significant and attributable to his employment with ST. When B first became aware of symptoms, he should have attended his GP to investigate the causes of the symptoms. It was inconceivable that the GP would not have asked B about his employment history and any exposure to asbestos

The relevant legislation is the Limitation Act 1980. Section 11 of the Act states that an action for personal injury must be brought within three years of either the date when the cause of action arose, or the date of knowledge of the person injured, if later. The period begins to run at the moment when a state of facts occurs which gives a potential claimant the right to succeed against a potential defendant.

Section 14 deals with “constructive knowledge”. It states, in summary, that a person’s knowledge includes knowledge which he might reasonably have expected to acquire, but a person shall not be fixed with knowledge of a fact ascertainable only with the help of expert advice so long as he has taken all reasonable steps to obtain, and where appropriate to act upon, that advice.

Section 33 of the Act provides for a discretionary extension of the time limit where it appears to the court to be equitable to do so.

The decision of the High Court was as follows:

This case is the latest in a series of decisions concerning difficult questions of liability for asbestos exposure, where the exposure occurred many years before claims were brought.

One example is the Scottish case of Cowan v Toffolo Jackson & Co Ltd (1998) where C claimed that he had been exposed to asbestos at various times during his working life as an employee of TJ until his retirement in 1986, and this had caused him to develop asbestosis. He had not known that he was suffering from the disease until his doctor told him in 1991. He started proceedings against his employer, seeking compensation, in 1993. The employer argued that the claim was time barred under the Limitation Act 1980. The court found that the claim was time barred and could not proceed. C had argued that he had an asbestos-related disease at the date of his retirement in 1986 which had been caused by his employment. He had not given any reason why it was not reasonably practicable for him to have discovered the relevant facts before 1991.

Employers need to be aware of the potentially serious consequences of exposure to asbestos in the workplace, and that claims for compensation may succeed many years after exposure.