The issue of civil liability for death or injury resulting from exposure to asbestos in the workplace is complex, particularly as related diseases occur many years after exposure. Robert Spicer reports. 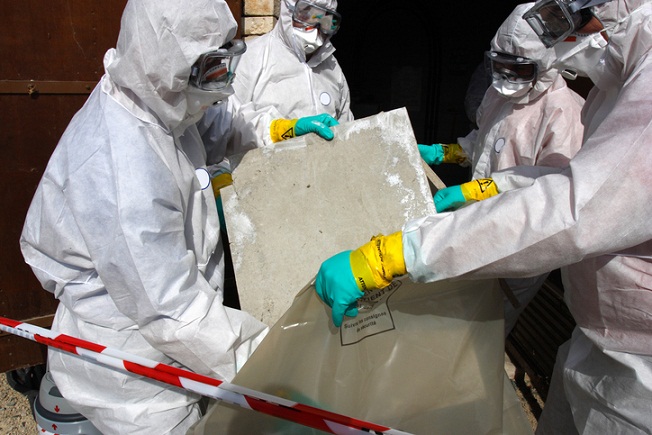 The dangers associated with asbestos work are well known and have led to several sets of asbestos-related regulations. The general principle is that employers have a duty to protect their employees and, so far as is reasonably practicable, anyone else on their premises who may be exposed to asbestos. Breach of this duty is a criminal offence and, in a number of recent prosecutions, heavy fines have been imposed by criminal courts.

The issue of civil liability for death or injury resulting from exposure to asbestos in the workplace is complex. The law is complicated by the fact that asbestos-related deaths and disease normally occur many years after exposure. Employing companies responsible for the exposure may have ceased to exist, and victims of asbestos may have worked for a number of employers where they were exposed.

The key case in this area is Fairchild and Others v Glenhaven Funeral Services and Others (2002), where the House of Lords made the following points.

A recent example dealing with similar issues is the Court of Appeal decision in the case of Heneghan v Manchester Dry Docks Ltd (2016).

During his working life, H’s father had been exposed to asbestos fibres and dust. He had been employed successively by each of six defendants, and by other employees who were not involved in the proceedings. He died from lung cancer and it was agreed by experts that, on the balance of probabilities, he would not have developed lung cancer were it not for the occupational exposure.

It was also agreed that his exposure to asbestos during his working life could be quantified and that the defendants were responsible for 35.2% of the exposure. Biological evidence could not establish which, if any, of the exposures had triggered the cell changes in his body which resulted in his contracting the disease.

At first instance, the judge awarded damages against each defendant in proportion to the increase in risk for which it was responsible. H was awarded £61,600 rather than full damages of £175,000. H appealed to the Court of Appeal. That court dismissed the appeal and made the following points.

Another recent decision dealing with liability for death caused by asbestos exposure is Atkinson v Secretary of State for the Department of Energy and Climate Change (2014) which concerned evidence and causation.

The facts were that A, the widow of H, claimed compensation from S for the death of her husband. H had been employed as a colliery worker in the 1970s and 1980s. In 2008 he died from mesothelioma. Before he died he stated that he had been exposed to asbestos while inspecting conveyor belts at a colliery between 1979 and 1984. He alleged that friction brakes, which contained asbestos were used to control the conveyor belts and that the brake pads created asbestos dust to which he had been exposed.

On behalf of S it was stated that the brakes had been phased out and replaced with a system that did not contain asbestos. The rakes were protected by guards and H did not carry out repairs. S also argued that H’s statement was riddled with errors and was undermined by previous inconsistent statements.

The High Court dismissed the claim and made the following points.

A further aspect of civil liability in relation to asbestos exposure is illustrated by the case of Maguire v Harland and Wolff plc and Another (2005). Mrs M, aged 67, had been diagnosed as suffering from mesothelioma in 2000. Her husband, aged 67, was her full-time carer. He had worked as a boilermaker at Harland and Wolff’s shipyard and had been exposed to asbestos dust from 1961 until 1965. Mrs M claimed compensation for secondary exposure to asbestos dust.

The defendants accepted that they had been in breach of their duty to Mr M, but denied that they owed a duty to Mrs M because it was not foreseeable that she was at risk, having regard to her exposure to asbestos dust and the state of knowledge of the risk at that time.

The High Court allowed the claim. On appeal by the employers to the Court of Appeal, that decision was reversed. The appeal court stated that until 1965, notwithstanding the increasing concerns and developing knowledge about the risks of exposure to asbestos among employees, nothing in the literature warned against the risks of familial or secondary exposure. The alarm did not sound until late 1965 when it began to be appreciated that there could be no safe or permissible level of exposure to asbestos dust.