Caroline Hand sums up what qualifying organisations need to do by December. 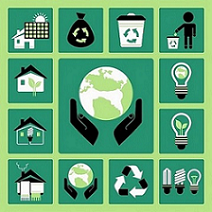 Nobody wants to think about Christmas in July, but there is a good reason for larger businesses to look ahead to December. It marks the deadline for the second phase of the Energy Saving Opportunity Scheme (ESOS), under which businesses must commission an energy efficiency audit and submit it to the regulator.

Around 2400 businesses were pursued by the Environment Agency for failing to meet the 2015 deadline for the first phase of ESOS, and the Agency has threatened to enforce the law more strictly this time around. More positively, organisations which implemented their audit recommendations have achieved major energy savings worth an estimated £1.6 billion.

For a detailed explanation of the scheme and how to comply, see the Croner-i articles Are you ready for ESOS? and Compliance with ESOS.

Has the scheme changed?

In essence, the scheme is exactly the same as when it was first launched in 2014. There have been no changes to the EU Energy Efficiency Directive (2012/27/EU) or to the Energy Savings Opportunity Scheme Regulations 2014, which give effect to the scheme in the UK.

However, the Environment Agency has made it known that it will be much less lenient in enforcing ESOS this time, as most of the qualifying businesses are now familiar with the requirements.

ESOS compliance requires a 12-month period of total energy consumption data which includes the qualification date of 31 December 2018. This year, the regulators will expect a higher level of detail and accuracy in the information supplied by businesses to the assessor.

A consultant advises that the data should include:

How does ESOS fit in with SECR?

Businesses subject to ESOS will find that the systems in place to collect their ESOS data will help them to meet their SECR requirements.

More than 300 enforcement notices were sent out to businesses which qualified for ESOS but failed to comply. Businesses which did not act on the notices have been fined.

The Government estimated that ESOS phase 1 brought a total benefit to the economy of £1.6 billion, most of this accruing to the businesses themselves. A Government report published in 2017 indicated that 79% of businesses that complied with ESOS reported “some form of energy efficiency improvement” between the start of 2005 and mid-2016. However, ESOS had not brought much additional benefit to those who were already subject to other energy efficiency policies, such as the CRC. This report also flagged up the problem of getting the recommendations accepted at board level.

Businesses will only benefit from ESOS if they act on the audit recommendations. Based on its experience with ESOS, the Carbon Trust has estimated that cost-effective measures identified in the audits could usually cut energy costs in buildings, transport fleets and industrial processes by about 20%, on a typical spend of £1.8 million.

Zimmer Biomet manufactures joint implants and other surgical equipment. Their ESOS audit identified potential short-term savings of £190,000 per year and a further £115,000/year that could be realised through longer term investments. They worked with their energy consultant to achieve £100,000/year of savings through:

Pharmaceutical firm Roche saw ESOS as an opportunity to reduce energy use at its offices in Welwyn Garden City, where some of the systems (such as air conditioning) were due for replacement. The detailed ESOS survey identified a potential saving of £74,000/year (16%) for a capital investment of £44,500, providing a fast payback in seven months. The majority of the savings were achieved through operational changes, such as ensuring that lighting controls were matched to the core occupying hours of the building. Controls to achieve these savings were already in place. Further projects to be undertaken include the control of ventilation against carbon dioxide levels to match occupation, automatic lighting switching to take advantage of good natural light and maximising the use of natural ventilation to reduce fan motive power.