In April, new employment laws will force organisations to change how they work. There will be hikes in the National Living Wage (NLW) and National Minimum Wage (NMW), bigger pension contributions and a major overhaul to payslips. Listed below are the legal changes businesses need to know about, with advice on how to prepare for the upcoming changes. For professional advice on dealing with any HR or payroll matters, speak to a qualified consultant on our helpline on 0844 561 8149. 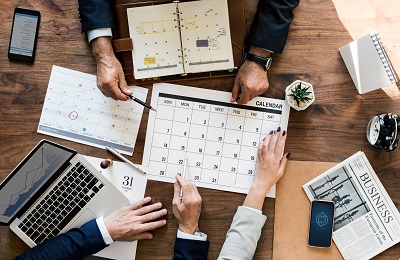 The NLW and NMW will increase by 4.9% for all age groups as below:

In 2018, the Government named and shamed 419 businesses for failing to pay NMW, forcing them to pay out £2.54 million. Avoid that mistake by updating payroll ahead of April, remembering to check that any pay deductions for uniforms or equipment do not tip staff below the NMW.

Last year, businesses paid women on average 8.6% less than men. This year, many hope to see this pay gap reduce and bosses may face awkward questions from their staff if the gap is not closed.

Although not an an immediate legal change, it is worth keeping an eye on. If the law comes into force, women will receive protection from redundancy from the point that they inform their employer they are pregnant until six months after their maternity leave. This may also apply to adoption and other parental leave.

The minimum sick pay that organisations need to pay their staff who are too ill to work increases from £92.05 to £94.25 per week. Sick pay must be paid to staff who have been ill off work for four days or more and it must be paid for up to 28 weeks.

Tribunals can now force employers to pay a whopping £20,000 penalty for repeatedly breaching employment laws. The number of employment tribunal claims in the UK has risen by 118% in recent years, so avoiding a claim is a higher priority than ever.

Employees will need to contribute at least 5% of their pre-tax salary into their pension, with employers contributing an extra 3% (up from 2% last year). Depending on each organisation’s pension scheme, an employer may elect to pay the full 8% contribution.

Employers must provide itemised payslips to all workers, whereas previously, only employees were entitled to itemised payslips. The new itemised payslips must break down workers’ and employees’ pay to show how much has been paid as well as what deductions have been made. This must include the amount and method of any part-payment.

For example, if an employee receives £1500 a month — £500 in cash and £1000 in BACS — this must be shown on the payslip. Additionally, a payslip must include the number of hours worked, if workers’ pay varies depending on the amount of time worked.

Failure to provide workers with itemised payslips may mean that a tribunal can declare that there has been a breach in workers’ rights, forcing a repayment to workers in respect of any deductions made.

It is worth bearing in mind that itemised payslips make it much easier for HMRC to identify and prosecute businesses that pay below the NMW (which, as mentioned above, is increasing in April).

The minimum pay needed to give staff on maternity, paternity, adoption or shared parental leave increases from £145.18 to £148.68 per week. The average earnings an employee must earn to receive these payments also increases from £116 to £118 per week.