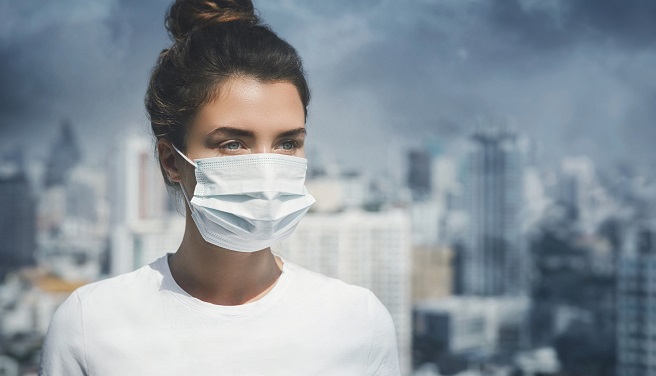 As a top environmental and health hazard, poor air is forcing Britain to clamp down hard not only on road users and industry but also farmers, wood-burning stove owners and barbeque enthusiasts. Even air conditioning to keep us cool in heatwaves can come with an unacceptably high-carbon cost.

Because of repeatedly substandard performance, the UK, France, Germany, Hungary, Italy and Romania have been referred to Europe’s highest court, the European Court of Justice (ECJ), with a final warning to cut illegally-high airborne pollution levels. Across Europe, toxic air is known to contribute to more than 400,000 early deaths annually. Persistently high nitrogen dioxide levels (NO2) caused mostly by diesel vehicles in many UK urban areas have been illegal since 2010. Failure to meet ECJ findings could land the Government with multimillion-euro fines.

Its initial response in 2017 was described as “woefully inadequate” and “inexcusable” by medical specialists and local authority leaders who complained that they were being passed the clean air parcel by central Government. However, having lost in the UK’s High Court three times in a row to environmental lawyers ClientEarth, the Government was forced to radically improve its plan in February. It now has until the close of 2018 to implement stringent measures the ECJ regards as “credible, effective and timely” to “reduce pollution as soon as possible, as required under EU law”. The Czech Republic, Slovakia and Spain have been able to meet this final warning since the start of 2018.

ClientEarth described the court’s decision as “more damning evidence of the mountain the UK Government still has to climb to bring air pollution within legal limits”. The World Health Organization (WHO) has added that air pollution knows no borders and puts everyone at risk, but particularly pregnant women, children, the elderly, plus the poor and the ill. Describing the current solution as a “dereliction of duty”, Greenpeace also calls for a clear plan to tackle roadside diesel pollution and an outright ban on petrol and diesel cars and vans from 2030. Pollution from NO2 is thought to cause some 23,500 early UK deaths each year.

Case for the defence

Environment Secretary Michael Gove says air quality has improved significantly since 2010 but 60 years after the Clean Air Act, it is still making people ill, shortening their lives and damaging the economy and environment.

City-centre clean air zones (CAZ), though proven to be effective, are not compulsory and are often seen as a last-resort option. However, the Government is adamant that it continues to meet EU air quality limits for all pollutants except NO2 and will be building on its £3.5 billion plan to tackle roadside emissions with a comprehensive Clean Air Strategy.

Over the summer, it has been seeking views on its Clean Air Strategy 2018, designed to reduce pollution and pollution’s impacts. Ministers point out that in summer 2017, they published plans to reduce roadside NO2 and are now moving on to more ambitious targets to make “our air healthier to breathe”, protect nature and boost the economy.

The policy is designed specifically to sit alongside three key initiatives — the Industrial Strategy, the Clean Air Strategy and the 25-Year Environment Plan announced earlier this year. There are provisions for clean growth innovation and reducing overlooked but pervasive emissions from agriculture as well as industry. Farmers who have stayed outside pollution controls so far will be required to buy new equipment to reduce airborne ammonia from slurry.

There will also be a focus on reducing pollution from non-road mobile machinery, including construction machinery, agricultural equipment like combine harvesters, chainsaws and lawnmowers.

Sadly, hot sunny weather can make the problem worse. Although the body produces more Vitamin D, ground-level ozone pollution is boosted too — the basic ingredient of smogs that were once largely consigned to history. The risks of harmful pollutants created in wildfires also increases. These can drift for hundreds of miles and irritate and inflame lungs, eyes, noses and throats.

Air also tends to be static during heatwaves, concentrating NO2 as well as fine particulate matter (PM) that can adversely penetrate the bloodstream. It is also bad news for hay fever sufferers.

US evidence points to buildings being responsible for 60% of power demand in crowded eastern seaboard communities where the summer heat can be torrid; air conditioning accounts for a significant slice of this. It is estimated that from 5% to 9% of future US air pollution-related deaths could be linked to air conditioning.

Without being killjoys, the advice is to consider gas — or better still electric — barbeques that are easier to light and control. If that is not possible at least try to avoid using disposable barbeque packs that are often fuelled by coal and involve a lot of single-use plastic.

In clamping down on all sources of pollution under the Clean Air Strategy 2018, ministers also want to focus on popular wood-burning stoves, although they have been criticised for putting too much responsibility for policing this onto local councils. To help halve the number of people exposed to fine particulates by 2025, they hope to reduce pollution here in parallel with solid fuels that together create 38% of this type of pollution. However, there are no plans to outlaw existing stoves, or more damaging coal and open wood fires.

Without drastic reductions that have to fall somewhere, the poor air quality cost to society could run to £1 billion annually by 2025 and £2.5 billion by 2030 from what is now seen to be the fourth largest public health threat after cancer, obesity and heart disease.

The Government is also consulting on the extent and importance of emissions from brakes, tyres and road wear which even EVs produce. It is known that tiny particles associated with plastics (microplastics) create PM — often in the form of dust or soot — that contributes to air and eventually marine pollution.

Rain washes this material from roads into sewers and on to the oceans, wildlife and food chains. The Government has worked with the University of Plymouth to better understand the importance of these tiny particles that could contribute as much as 5% to 10% to the total amount of plastics in the seas.

Vegetation as a green solution

According to the Office for National Statistics (ONS), 1.4 billion kg of air pollution were removed by woodlands, plants, grasslands and other UK vegetation in 2015. This was only one-fifth of the PM2.5 pollution created but ONS says it still saved circa £1 billion in health damage costs, prevented 7100 lung and heart-related hospital admissions, recovered 27,000 lost “life-years” and resulted in 1900 fewer premature deaths. A big thank you to nature!

It was also announced in early August that regular exposure to even low air pollution levels can cause body changes similar to the early stages of heart failure — but with care, these are generally preventable and reversible. A study of 4000 UK people living by major roads showed they had larger hearts than residents in less polluted areas.

Researchers at London’s Queen Mary University analysed health data from UK Biobank study volunteers with no underlying heart problems. They found a clear link with right and left ventricle expansion, the heart’s blood pumping chambers. For every extra PM2.5 microgram, or 10 extra micrograms of NO2 per cubic metre, they estimate that hearts enlarge by roughly 1% — equivalent to inactivity or elevated blood pressure. And this is from exposure to pollution levels lower than existing UK and WHO limits!

Although more than 40 UK towns and cities fall foul of WHO limits, a number of areas are actually improving their air quality, including parts of London and Sheffield. For holidaymakers keen to sample some the of the UK’s cleanest air, Bude in Cornwall, Windermere in the Lake District, Tenby in Wales, Whitby in Yorkshire and Bideford in Devon should be on their itinerary.

The UK is facing poor air quality problems on a number of fronts. It has been referred to the ECJ with a final warning to cut high airborne pollution levels. Earlier this year, it was forced by High Court decisions to improve its air quality improvement plans by the end of the year.

Its response includes the Clean Air Strategy 2018 that is designed to work in tandem with the Government’s Industrial Strategy and 25-Year Environment Plan.

Among more immediate measures too, there are moves to reduce the sale of wood-burning stoves, coal and open wood fires. Work is also underway to understand in more detail the detrimental effects of tiny pollution particles caused by vehicle brake, tyre and road wear.

There is also recent evidence that even low levels of air pollution can cause heart damage, although this is normally preventable and reversible.