Innovative thinking from the construction and building industry about fast-changing transport systems and the future built environment could be vital if stringent air quality targets are to be meet. Meanwhile, the sector is under pressure to curb diesel emissions from site. 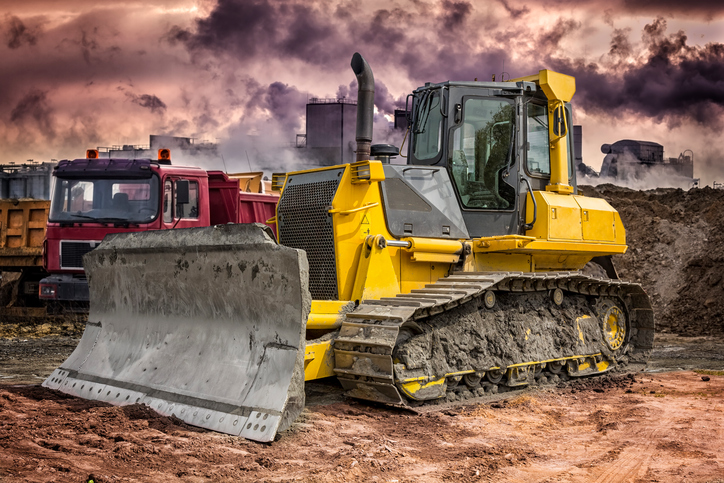 Building and construction people are “do-ers” and problem solvers almost by definition, creating the infrastructure society needs and overcoming challenges.

How they apply their skills is beginning to change. The sector is increasingly being asked not just to provide the built environment but also play a greater role in shaping that environment and how it functions. And they are being asked to do so while facing up to many other industry-specific and wider global pressures.

Coping with skills shortages is one. Coming to grips with many forms of technology is another. Curbing carbon emissions is a priority. However, helping to tackle poor air quality is fast rising up the list.

Ironically, while the UK passed the world’s first anti-air pollution laws in 1967, today it is being hounded under EU law for persistently failing to eliminate pollution hotspots and ensure safer air purity levels generally.

According to a study by the Royal College of Surgeons, poor UK air quality contributes to the death of some 40,000 people annually, much of it linked to transport, the internal combustion engine and diesel. The urgency of resolving severe air pollution problems is being racked up even more by environmental lawyers. London-based ClientEarth has twice taken the Government to court successfully. The Government in turn is putting pressure at the end of the chain on the actual producers of dangers emissions.

The increasing introduction of electric cars — and further down the line electric lorries as standard on major routes and motorways — will almost certainly go some way towards eradicating the problem.

Even so, despite more investment in roads, by-passes and motorway lanes, the transport system is under siege. Laying more concrete and black top is proving to be an unsustainable answer for the UK’s overcrowded transport network. Smarter solutions are needed. This in one area where the experience and advice of construction specialists is going to be essential.

Builders who create the urban environment are also being urged to don their thinking caps to cope with the way in which towns and cities are changing. The era of segregating vehicles from walkers, cyclists and other highway users to speed the passage of motorists, is beginning to end. A new trend is emerging for spaces between buildings to be seen as safe domains for pedestrians — life is taking much more to the streets.

This is triggering a major rethink about what smart buildings and roads are for, and how they can be designed and built for a new high-tech relationship.

Even before that, a major drive is being launched to dramatically reduce diesel pollution from building and construction sites.

A recent study and report into air quality carried out as part of the London Atmospheric Emissions Inventory found that construction sites produce circa 7.5% of damaging nitrogen oxide (NOx). They are also responsible for some 8% of large particle emissions, plus about 14.5% of the most dangerous fine particles (PM2.5) emissions. The culprits are said to be the thousands of diesel-powered earthmovers, generators and ancillary equipment that operate routinely on work sites — but are not subject to emission standards applying to on-road vehicles.

A 2005 Health and Safety Executive (HSE) survey found that more than 230 construction workers died annually as a result of exposure to diesel fumes; the study has not been updated since.

Nitrogen dioxide, particulate matter and sulphur dioxide have been linked to reduced lung growth in children, asthma, heart disease and the onset of type 2 diabetes; air pollution can also affect foetal brain development. It is reported that some 400 London schools are located in areas which exceed safe nitrogen dioxide pollution levels.

The Greater London Authority is committed to tackling the problem. The Mayor of London, Sadiq Khan, wants to fine firms that use polluting equipment in the same way that the congestion charge is imposed. He also intends to strengthen emission rules on central London building sites introduced by Boris Johnson as mayor.

There are technical fixes too. Companies like Rugby-based Off Grid Energy are showing the way. It is turning ordinary diesel generators, that release an estimated 25% of emissions, into hydrides which meet intermittent high peak loads by storing excess power and then switching themselves off — as many car engines now do when stationery at traffic lights.

This is an alternative to the common practice on site of bringing in big generators that are then left running day and night. Much smaller generators are needed.

Volvo Construction Equipment is customer-trialling a prototype hybrid excavator that captures regenerative power from the downswing of the hydraulic arm under gravity. The trials indicate that only half as much fuel is needed.

More strategically, the industry is said to be in a prime position to influence how the public can improve air quality. But that may involve becoming more familiar with human behaviour, and causes of behaviour — not yet natural home territory for engineers and designers.

As a Department for Transport study published earlier this year points out, adding extra car-carrying capacity to the southwest stretch of the M25 has done little to save it from a 12-hour rush hour. The same seems to apply to rail expansion; the last disruptive upgrade of the West Coast Main Line has only resulted in further expansion through the HS2 project.

One alternative might be to break conventional moulds by using, for example, instant personal communication technology to encourage flexible journey sharing. Germany notes that making vehicles more energy efficient has its limitations. To reach a near-zero transport system, the country is actively testing the feasibility and viability of so-called eHighways, the equivalent of green rail electrification for freight vehicles on major roads that combines overhead catenary cables and hybrid trucks. Germany makes the argument that the crossover with wheels will be relatively low-cost compared to railways with rails. The gain for air quality is low-or-no exhaust pipe emissions, with the proviso that electricity is renewables-based.

However, even with clean vehicles, the Organisation for Economic Co-operation and Development (OECD) has focused recently on the formation of PM10 and PM2.5 particles from tyre and brake wear that it says are more harmful to humans than ozone or NOx. Both get washed into and accumulate in water courses where they become absorbed.

Even with solutions to wider transport problems, smart technology is making urban centres more people-orientated than traffic-orientated. Many streets are slowly being seen as better venues for culture, social activity and exercise, rather than fast transport arteries. This is said to be an opportunity for forward-looking builders and designers.

London is becoming an example. Again, Sadiq Khan has plans to introduce a new 24-hour ultra-low emissions zone within the existing congestion zone. This could come into effect from April 2019. Certain streets are becoming the exclusive domain of buses, pedestrians and cyclists from 7am to 7pm on weekdays. That is subtlety changing the character of the environment. Given that an extra half a million office workers are forecast to occupy the rapidly expanding city, they will almost inevitably expect to use public spaces differently.

Paris already has complete temporary car bans during major pollution events, with free public transport. By 2019, a large part of central Oslo could be car free. To make the transition, Norway is introducing restrictions on cars incrementally to “nudge” a change in behaviour — starting with a ban on street parking and then on private cars. Despite the more northerly climate, there will then be a push for more outside dining, art and cultural facilities, safe playgrounds, plus secure bicycle stands.

To make the most of what technology can offer, the OECD would also like to see the owners and managers of buildings and infrastructure make more usage data available so that individuals can make more informed journey choices.

Many of the proposed solutions have been considered carefully before. The difference suggested now is that the public may need to learn to be more flexible and responsive, pushed gently in the right direction by regulations plus new forms of infrastructure created by innovative builders and construction companies.

For example, in February 2017, Transport for London released its Healthy Streets for London report, with a focus on the urgent need to design physical activity back into everyday life for citizens. People are advised that as little as 20 minutes of moderate exercise daily can be enough to produce real health benefits.

Walking briskly, or cycling, to and from the office, school, tram stop or public transport link every day could be so much more enjoyable and do-able in calm, pleasant, well-organised thoroughfares free of air pollution.