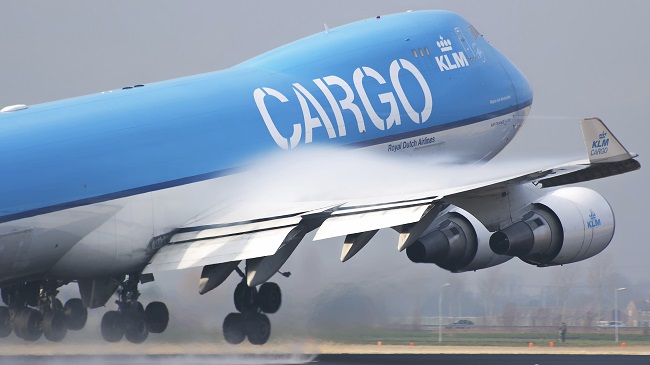 FTA takes to the air

With increasing airport capacity in the south east of England high on the Government agenda, the Freight Transport Association (FTA) is launching a new Air Freight Working Group to look at issues affecting the sector.

The new group, which is open to all FTA members with an interest in air freight, will focus on establishing a clear FTA vision and strategy for air freight, and promoting the economic benefits of the air freight sector to governments across the UK and the EU.

Alex Veitch, FTA Head of Global Policy, said: “The group will enable us to develop an action plan to engage constructively with airport owners, operators and airlines to improve air freight facilities, and to continue to engage with UK Government on aviation capacity in the south east of England.”

The new group will report to FTA’s British Shippers’ Council and will operate on a ‘task and finish’ basis. This means it will deliver agreed objectives and then disband, unless members see value in developing it into a permanent committee.

Three meetings are planned for 2016 — the first is scheduled for April.

ABC’s confident start to the year…

AirBridgeCargo Airlines (ABC) has reported a confident start to 2016 with a 30% year-on-year rise in tonnage in January — a record performance and growth for the airline for the first month of the year.

In January, ABC transported 43,605 tonnes of cargo onboard its Boeing freighter fleet serving major markets in Europe, North America and Asia Pacific. This strong performance is mostly attributed to last year’s dynamic expansion of the carrier’s fleet and network in response to the diverse needs of ABC’s customers worldwide. Newly- launched destinations included Singapore and Hanoi in Asia Pacific, Helsinki in Europe, and Los Angeles and Atlanta in North America, all extending and enhancing ABC’s network.

The carrier’s network growth was supported in 2015 by the addition of three more Boeing 747 freighters to the airline’s fleet. The overall expansion of its routes and fleet enabled AirBridgeCargo to comfortably enter 2016 with one of the highest FTK growth performances in the industry.

Denis Ilin, ABC’s Executive President, said: “For ABC, our January results came as a confirmation of our chosen strategy based on a combination of operating a highly efficient fleet, network expansion to the points of production and consumption, and a high level of service quality delivered by a team of skilled air cargo professionals. We will continue this path in 2016, offering to our customers the maximum range of services using the unique capabilities of our 747 freighters.

“2016 will be another challenging year for ABC and a certain milestone of our growth. The company’s recent development has resulted in diversified network coverage, matched by a high level of service that has helped us to gain the appreciation and trust of our customers in what we do. However, we are being asked by clients for direct cargo services to some destinations which we are still missing in our network.”

AirBridgeCargo’s new flights will operate every Thursday and Sunday under an ACMI contract with CargoLogicAir (CLA) using CLA’s Air Operator Certificate (AOC) and flight numbers. The routing will operate from London Stansted via Frankfurt to Libreville and onto Johannesburg, returning to Stansted via Nairobi.

These new destinations will provide ABC’s customers with an even greater choice of delivery options while guaranteeing the high level of service quality delivered by ABC across its global network. The flight schedule allows for quick and easy connections with ABC’s existing network at its regional European gateway at Frankfurt Airport. This latest network expansion opens up seamless connections to major markets in Africa for ABC’s customers in North America, the Far East and Southeast Asia.

CargoLogicAir (CLA) has completed its first series of charter flights since receiving its Air Operator Certificate from the UK Civil Aviation Authority.

Ahead of the launch of scheduled cargo services, the new British cargo airline’s launch customer was Chapman Freeborn Italia, the global aircraft charter specialists, which organised two Boeing 747-400 Freighter charters with CLA to Bari in Italy.

CLA’s first charter flights to Bari via Frankfurt carried a total of 113 tons of automotive parts, including engine base plates. Chapman Freeborn booked the charters on behalf of its freight forwarding customer, Savino del Bene.

Enrico Fantini, Director Cargo of Chapman Freeborn Italia, said: “We always welcome new and professional cargo airlines because they give us greater choice for our customers so we are proud to have been CargoLogicAir’s first customer. We wish the airline every success and look forward to working together again in the near future.”

American Airlines Cargo has introduced new redesigned tracking functionalities on its website. Developed to increase visibility into the entire shipping process and offer a more customized experience, the enhanced tracking capabilities will improve shipment visibility for all customers from booking to delivery. The enhanced features include: live “at-a-glance” status updates via colour-coded progress bars; detailed flight, AWB and Customs information; simple access and navigation to shipping history; and added sorting and viewing capabilities for logged-in users. Logged-in users can also sort their shipments by origin and destination, which gives them the ability to quickly simplify and consolidate the information displayed on their screens.

“We gathered feedback from our customers on the tracking process and used that valuable information to make needed changes—overall it’s just a simpler and more user-friendly experience,” said Eric Mathieu, Cargo’s director of Customer Experience. “Our customers wanted better organization, increased transparency into their flights and shipments, and real-time updates from point A to point B. This is a much easier tool to use. Now, our website contains all of these enhanced functionalities and more.”

WFS, which provides ground handling services to more than 300 airlines across its global network, has been awarded a cargo handling contract by the airline at New York’s JFK International Airport to manage Japan Airlines’ twice-daily Boeing 777 and 787 services to Tokyo. WFS expect to handle over 15,000 tonnes of cargo a year for the airline.

Sydney Stephenson, Vice President Ground Handling and Cargo, US East Region and Canada at WFS, said: “This is a milestone contract for WFS to be working with another of the world’s most respected airlines. This contract follows our move into cargo building 75 at JFK International Airport, which helped to demonstrate to Japan Airlines our commitment to consistent improvement and service quality. We hope this will be the first of many more contracts between the airline and WFS in the future.”

FedEx Express has officially opened its new gateway facility at Copenhagen Airport. The new facility will serve as a gateway for inbound and outbound shipments for Denmark, Finland, Norway and Sweden. It marks the ninth new FedEx Express facility in the Nordic region in the last five years.

“The Nordic gateway will bring our Nordic customers even closer to the rest of the world. By combining courier, customs clearance, sortation and aircraft operations in a single location, we will further enhance operations in the Nordics. I am delighted that we are fully operational just over a year after we announced this investment,” said David Canavan, senior vice president, Operations, FedEx Express Europe.

“The gateway’s location at Copenhagen Airport is ideal, because of its strong freight transport infrastructure and proximity to Sweden,” Canavan added. “The facility is a key part of our growth strategy in Europe, where we have expanded with more than 100 new stations since 2011.” The Nordics region — Denmark, Finland, Norway and Sweden — has experienced steady economic growth in recent times, leading to an average forecasted GDP growth of 2% in 2016. This upward trend is also reflected in FedEx Express shipping data. For example, shipments between June 2014 and May 2015 from these markets to the rest of Europe increased by more than 24% compared to the previous 12 months. North America in particular has also grown in economic significance for the Nordics, with the overall number of FedEx Express shipments from the Nordic region to North America increasing by about 22% between June 2014 and May 2015, compared to the same period the previous year.

The new 8000m² facility can sort 3300 packages per hour, process 18 weekly FedEx Express flights, 170 truck movements per week and a fleet of up to 36 pick-up and delivery vehicles. The facility is located in the airport´s cargo area near the Oresund Bridge to Sweden.