In this article, John Barwise explains what measures businesses can adopt to reduce the worst impacts of climate change, while adaptation specialist Professor John Dora explains the international standard ISO 14090 — the benchmark for business resilience in the long term — which provides a structured approach to adaptation. 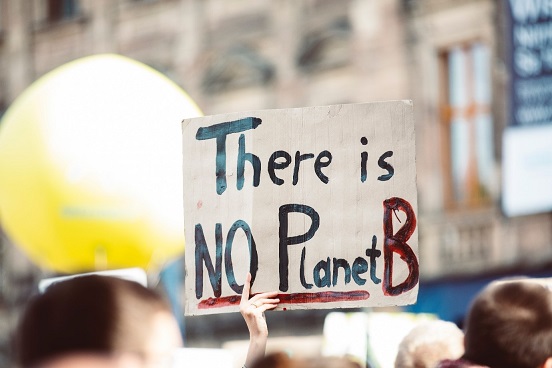 The world is facing increasing risk of extreme weather events, as severe storms, flooding, droughts and heatwaves cause havoc for local communities and disruption for local businesses. In its latest report, Progress in adapting to climate change, the Government’s chief climate advisors warn that the 2010s was the hottest decade on record globally but says that “delivering adaptation is not keeping up with increasing risk” and the UK is less prepared now than it was five years ago. The Climate Change Committee’s (CCC) report predicts periods of either too much or too little water, extreme temperatures and sea level rises, and says decisions should be taken now to avoid the long-term consequences of climate change.

Commenting on the report’s findings, Baroness Brown, Chair of the CCCs Adaptation Committee, said: “We cannot deliver Net Zero without serious action on adaptation. We need action now, followed by a National Adaptation Programme that must be more ambitious; more comprehensive; and better focussed on implementation… to improve national resilience to climate change.”

The report goes on to say that the UK does not yet have a vision for successful adaptation to climate change, nor measurable targets to assess progress, and not one of the 34 priority areas assessed in the progress adaptation report can demonstrate strong progress in adapting to climate risk.

This is not good news for businesses that rely on national infrastructures for supplies and deliveries across the supply chains, and distribution to consumers. But the problems don’t end there. Dealing with the more immediate risks of flooding, droughts and severe storms presents their own challenges as more businesses are already finding out.

The winter storms of 2015/16 brought gale force winds and intense rainfall causing the most extreme flooding on record, with business properties suffering the worst. Around 5000 business properties were damaged, costing over £500 million in repairs and lost production. The total cost to the economy in England alone were estimated to be in the region of £1.9 billion.

Extreme weather events can undermine work activities, production and productivity. They can disrupt infrastructure services, damage physical assets and threaten natural capital such as air, water, food and timber resources on which businesses depend. Some weather events can also affect multiple systems leaving businesses vulnerable to further disruption across their supply chains and fluctuations in prices.

What businesses need to consider

Location — businesses should have a flood plan, particularly in areas identified as being at risk of flooding. The plan should include actions to be taken in the event of a flood, including measures to minimise the risk of damage, such as clearing debris from drains, providing adequate bunding and storing stock above floor level.

Staff — employees may not be able to attend work because of disruptive weather. Businesses should consider putting systems that allow for home working in the event of bad weather. The Covid pandemic has shown home working can work effectively for some staff. Those at work may need clothing for inclement weather and buildings may need better insulation or ventilation when outside temperatures are particularly hot or cold.

Distribution — one of the main causes of business disruption is the ability for companies to move goods in and out during severe weather conditions. Logistics need to be assessed to determine alternative transportation options if, for example, normal freight movement via rail, road or air, are disrupted.

Insurance — not all climate-related risks are insurable, but for those elements that are insurable, it is vital for businesses to choose the policies that are most appropriate to protect against business risks. Some companies, for example, provide specialist insurance covering things like replacement stocks, alternative accommodation and lost staff wages for high flood risk areas.

Customers — the success of a business rests on value for money and reliability. Reputation can suffer badly if a business fails either of these tests. Building client confidence can start by informing all stakeholders of the actions a company is taking to reduce carbon and other greenhouse gas emissions and by measures put in place to reduce disruption of supplies and services caused by severe weather.

Published in 2019, ISO 14090 Adaptation to Climate Change. Principles, Requirements and Guidelines captures global best practice in how to adapt to climate change. The standard supports any organisation in developing adaptation plans regardless of the stage they are at or whether they are just starting out or have mature plans. It can also be used by any size or type of organisations who might be at risk from, or able to take advantage of, climate change.

ISO 14090 is built around decision-making, learning and continuous improvement and is intended to fit into “business as usual”. Key requirements cover leadership, governance, capability, resources, and roles and responsibilities as well as pre-planning, implementation, monitoring and evaluation, and reporting.

Climate change impacts can be multi-faceted — risks include physical, financial and reputational risks. ISO 14090 and its supporting standards are designed to help businesses and wider society to learn to adapt to climate change over time.

The detail of ISO 14090 provides tools in a structured and pragmatic way to reduce the damage that climate change can cause. Opportunities may also exist, and these too are covered in the standard. For example, warmer weather may mean less heating requirements, while farmers in the UK may benefit from longer growing seasons. Organisations can use the standards to tailor adaptation activity in a prioritised efficient way to suit the long-term risks they face.

Board members, shareholders, lenders, stakeholders and other interested parties can use the standard to seek evidence that an organisation’s approach to climate change adaptation follows best practice, is realistic and appropriate, and will stand the test of time. Indicators are required that can be used to monitor the long-term “trajectory” of adaptation plans that really do help keep things on track — whether the plan relates to 5, 50 or 500 years in the future.

The International Standards Organisation (ISO) has a strategy that puts the framework of ISO 14090 at the top of a set of more specific standards. For example, ISO 14091 provides more detailed guidance than ISO 14090. It describes how to understand an organisation’s vulnerability and potential impacts and how to develop and implement a viable risk assessment in the context of climate change. It can be used for assessing both present and future climate change risks.

ISO/TS 14092 is the first “sector specific” standard in the ISO “adaptation family”, covering requirements and guidance on adaptation planning for local governments and communities. More sector-based standards will follow.

ISO’s adaptation standards’ strategy is being aligned with the ISO 14090 framework. It also aligns with the Paris Agreement and the UN’s Sustainable Development Goals (SDGs). A major thrust of the Paris Agreement is the need to build adaptive capacity, which can be done using Climate Sense’s CaDD, their low-cost “rapid adaptation pathways approach” (RAPA) and the new BS 8631 guide on using adaptation pathways for decision making.

This year’s crucial climate talks, COP26 in Glasgow, will, for the first time, feature a Resilience Hub where adaptation will be a primary source of national and international interest. Adaptation activities are about to expand rapidly owing to the increasing urgency and recognition that the climate crisis is hitting businesses and the wider society much quicker than forecast 10, even 5 years ago.

Professor John Dora of the UK led the team that developed the key international standard ISO 14090 Adaptation to climate change – Principles, requirements and guidelines. In supporting take-up of ISO 14090 and its associated standards, John Dora and his colleagues at Climate Sense, have developed NVQs and training on ISO adaptation standards and supporting resources in this important area.