Published on Croner-i (https://app.croneri.co.uk)
Chemical-inform plus Legal Register > Feature Articles > COP26: will it deliver on net zero and climate change?

With less than one month to go before the UK hosts COP26, there is growing pressure on all countries to deliver on their net zero commitments and avoid a global climate catastrophe. But the process of securing an agreement amongst 190+ nations over what needs to be done and who should pay for it, is far more complex, as John Barwise explains. 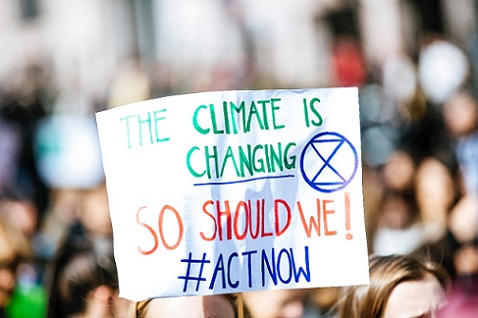 “We have only 12 years to avert climate change, and the clock is ticking”. That was the banner headline in 2018, following the landmark global warming report by the UN Intergovernmental Panel on Climate Change (IPCC), which called for an upper limit of no more than a 1.5°C temperature rise above pre-industrial levels to avoid a climate crisis.

Three years later, emissions are still rising, and time is running out. Global emissions need to peak immediately and then fall significantly each year to achieve the 1.5°C goal needed to avert the worst impacts of changing climate, not just on the natural environment but on human civilisation.

It’s against this cliff-hanging backdrop that the UK will host the 26th UN Climate Change Conference of the Parties (COP26) in Glasgow in November. The conference will bring together heads of state, climate experts and campaigners to thrash out a co-ordinated action plan to reduce global emissions and tackle climate change.

After months of negotiations and preparations, the COP26 programme has been finalised and the stage is set for what many believe is the last chance to save the planet and ourselves from the catastrophic consequences of climate change.

The UN has set out four clear goals that must be agreed at COP26.

The singular most important aim of COP26 is to secure global net zero emissions by 2050 to prevent global warming rising more than 1.5°C above pre-industrial levels. This is a hugely ambitious target.

All countries will be expected to come forward with ambitious 2030 emissions reduction targets that align with reaching net zero by the middle of the century.

According to the UN this will involve accelerating the phase-out of coal, curtailing deforestation, speeding up the switch to electric vehicles and encouraging more investment in renewable energy.

The consequences of climate change on the natural environment are already happening with devastating effects and will continue even as future emissions are reduced.

The aim at COP26 is to enable and encourage countries affected by climate change to protect and restore ecosystems, build defences, warning systems, and resilient infrastructure and agriculture to avoid loss of homes, livelihoods and even lives.

To deliver on the first two goals, developed countries must make good on their promise to mobilise at least $100 billion in climate finance per year by 2020. So far, this commitment, signed by all countries under the Paris Agreement, has not been met. The OECD confirmed that only $79.6 billion was mobilised in 2019.

The UN says international financial institutions must play their part and developed countries need to work collectively to unleash the trillions in private and public sector finance required to secure global net zero.

4. Work together to deliver

Countries have their own climate agendas and different ways of doing things. The UN argues that rising to the challenges of the climate crisis can only be achieved by working together with common rules and common purpose.

COP26 includes plans to finalise the Paris Rulebook (the detailed rules that make the Paris Agreement operational) and to seek agreement for collaboration between governments, businesses and civil society to accelerate action to tackle the climate crisis.

According to climate scientists, the world has already warmed 1°C above pre-industrial levels and if global emissions continue at the present rate, the carbon budget of keeping below 1.5°C could be used up in less than 10 years.

That’s why some, but not all, nations are seeking a commitment to phase out fossil fuels. All G7 countries: the UK, Canada, France, Germany, Italy, Japan and the US already have coal phase-out plans in place. China, the world’s biggest GHG emitter, says it will stop financing coal power overseas, but support for domestic coal production continues to be a major problem. Russia, Australia and India are also resisting a set timeline for phasing out coal power generation.

On the wider fossil fuel debate, most of the G20 nations have pledged to transition to cleaner energy but, according to the latest data from Energy Policy Tracker, governments continue to give £billions in additional support to fossil fuel producers and energy-intensive industries that rely on them. The UN knows subsidies for fossil fuels won’t end immediately but is calling for an accelerated phase-out as a key outcome of COP26.

Given the high global dependency on fossil fuel as the primary energy source, few expect emissions to fall fast enough over the next few decades for global warming to stay below 1.5°C.

Net zero provides a broader range of options to deal with excess emissions. Net zero refers to the balance between the amount of carbon emitted into the atmosphere and the amount removed from it — in other words net zero is where the global warming process stops.

To achieve net zero, emissions from industry, transport, agriculture and domestic users will still need to be reduced, but in some sectors such as energy production and aviation, where the transition to zero emissions will take longer, alternative options will need to be adopted.

This can be achieved by exploiting nature to sequester more emissions from the atmosphere, for example by changing the way we use land such as planting more trees or strengthening peat bogs, or by extracting carbon from the atmosphere through carbon capture, use and storage (CCUS), or a combination of all these methods.

Achieve net zero by 2050 is a challenge across all sectors of society and industry, but equally important is the commitment from all 197 countries to play their part in making it happen. The UN is seeking agreement on a number of key themes to support net zero ambitions.

Nature — net zero cannot be achieved without protecting and restoring nature, according to the UNEP. Agriculture, forestry and other land use account for nearly a quarter of global greenhouse gas emissions but they also support global food security and millions of jobs. At the same time, ecosystems protect people: healthy forests clean the air and sequester carbon from the atmosphere, while vegetation prevents erosion and protects coastlines against storm surges. COP26 is aiming for agreement to halt and reverse deforestation, accelerate the transition to sustainable agriculture and support actions to protect or conserve 30% of global land and 30% of the oceans by 2030.

NDCs — the Paris Agreement requires all signatories to update and improve their emissions reduction targets — known as nationally determined contributions (NDCs) — every five years. NDCs will be the underlying theme of the conference in Glasgow. Collectively, these climate actions will determine whether the world is on course to achieve net zero by 2050.

NAPs — national adaptation plans were established under the Cancun Adaptation Framework (CAF). The aim is for countries to formulate and implement adaptation plans (NAPs) as a means of identifying risks of climate change, and developing and implementing programmes to address those risks. It is a continuous, progressive and iterative process which follows a country-driven, gender-sensitive, participatory and fully transparent approach.

Finance — the Paris Agreement commits developed countries to “take the lead” in providing emerging economies with essential financial assistance to meet their NDCs. This includes climate finance for mitigating carbon emissions and to support adaptation, which is essential for avoiding the worst impacts of catastrophic weather events. So far, developed countries have failed to provide the agreed $100 billion a year needed to help developing countries. Latest figures from the OECD confirmed that only £79.6 billion was mobilised in 2019. On current trajectories, by the UN Environment Programme (UNEP) shows we would still only be one third of the way towards achieving the Paris Agreement.

Energy transition — the power sector accounts for around one quarter of global greenhouse gas emissions. To meet the goals of the Paris Agreement, the world needs to move away from coal and other fossil fuels and towards clean power at a much faster rate than at present. A recent international Energy Association (IEA) report released ahead of COP26 argues for an end to new fossil fuel supply projects, and no further final investment decisions for new unabated coal plants, adding that a net zero pathway requires massive deployment of all available clean and efficient energy technologies, combined with a massive push to accelerate renewables and innovation.

Transport — road transport accounts for 10% of global emissions, and its emissions are rising faster than those of any other sector. The UNEP says the transition to zero emission vehicles needs to accelerate much faster than at present and must include vans, buses, trucks, and lorries, as well as cars. The international transport forum (ITF) which is tracking transport says that 94% of countries mention transport in their NDCs and around 77% include transport measures in their carbon reduction commitments.

Due to the global Covid restrictions, COP26 will be the first time in two years since negotiators last met, and the first since the US rejoined the Paris Agreement. COP26 also marks the first “accounting” of progress against the Paris Agreement goals following the completion of the first NDC five-year cycle.

According to the United Nations Framework Convention on Climate Change (UNFCCC), 190 parties, including the UK and EU member states, have submitted their first NDCs, but only 110 of all member countries submitted new or updated NDCs by the deadline of 30 July.

A recent UN report concludes that NDCs are still falling far short of what’s needed to prevent the most dangerous impacts of climate change. Carbon emissions are set to rise by 16% by 2030, rather than fall by half, which is the minimum needed to keep global temperatures within the internationally agreed limit of 1.5°C.

Italy, the UK’s co-host of COP26, also recently hosted a Youth4Climate conference attended by 400 young people from all over the world to set out their priorities for climate action. They are not impressed with their leaders’ actions so far.

She went on to describe the lack of action as “intentional” and “a betrayal toward all present and future generations.” In a show of solidarity, young people around the world took to the streets in their thousands to demand urgent action to avert disastrous climate change.

The Paris Agreement, signed and agreed by all 197 countries in 2015, set the benchmark for action on climate change. So far, achievements have fallen short of aspiration, particularly on reducing emissions and funding support for struggling nations.

COP26 raises the bar, given the growing sense of urgency that recent UN reports indicate. Will world leaders at COP26, finally agree and deliver a path to net zero by 2050?