Laura King evaluates whether migraines can be classed as a disability and assesses workplace adaptions that can be implemented to help migraine sufferers. 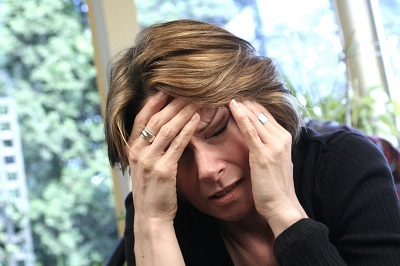 A 2018 report by the Work Foundation, Society’s Headache, reported that migraines were the third most common illness in the world, and the highest cause of years lived with disability in people aged 15 to 49.

Within the UK, the Global Burden of Disease study (GBD) 2016 put adult migraine prevalence at 23.3%. Assuming an average of 5.7 days lost per person with a migraine, the report concluded that the cost of migraine-related absenteeism alone stood at almost £4.4 billion. When added to the cost of migraine-related presenteeism, as well and the burden and loss of quality of life that migraine sufferers carry between attacks (eg due to avoiding triggers), the costs to UK business are significant.

What is a migraine?

According to the Migraine Trust, a migraine is “a severe and painful long-term health condition” that can include the following symptoms:

Attacks can last for anything between 4 hours and 3 days, and symptoms are often experienced up to one day before an attack, as well as a day afterwards. Although migraine sufferers will not experience symptoms between attacks, attacks can still be frequent. The number of attacks will vary between individuals from a couple each year, to two or three per week. Symptoms and the type of migraine will also vary, and even the same individual may experience different symptoms.

Migraines are a complex neurological condition for which there currently is no cure, although there are some treatments that can help prevent or lessen attacks. Certain sufferers might also have specific triggers — these can include stress, not enough sleep and changes to sleep patterns, skipping meals or dehydration, environmental conditions linked to lighting or temperature, lack of exercise or hormonal changes in women.

Is a migraine classed as a disability?

Migraines are not automatically treated as a disability under the Equalities Act 2010, but may still be considered under the Act if they meet certain criteria.

For migraine to be classed as a disability, the following points would have to be established.

A migraine is undoubtedly a physical impairment, and so migraine sufferers will meet the first requirement. Government guidance to the Act also makes it clear that impairments with “fluctuating and recurring effects”, such as migraines, are also included.

The second criteria can be harder to establish, and for this reason it is recommended that a migraine diary is kept which lists not only the symptoms and duration, but also their effect.

The first definition of “substantial” means that the effect needs to be more than trivial. For example, if an activity takes significantly longer to do, or if the way in which something needs to be done is significantly different to what would be considered normal (taking into consideration usual variation between people). These effects can be added to each other, with a cumulative effect that is classed as substantial.

It also needs to be long term. Long term is classed as a condition which lasts, or is likely to last, more than 12 months, or until the end of someone’s life. With fluctuating conditions, an individual does not need to have an impairment for the full 12 months, so long as it would be reasonable to assume that the migraines will continue to occur over a 12-month period.

There is not a full list of what “day-to-day activities” are, but the guidance includes examples such as shopping, getting washed and dressed, preparing and eating food, and travelling. It also includes general work-related activities such as interacting with colleagues, using a computer, and keeping to a timetable.

People with migraines will often take medication to manage them or will take certain measures to avoid triggers. Although any assessment of disability should be made as if they were not taking medication, account should also be taken of modifying behaviours. Where someone is adopting an avoidance strategy to cope with migraines, it would have to be established what is reasonable. For example, if stress is a trigger, consideration should be given to what extent it is reasonable to ask someone to avoid stressful situations.

What adaptations are relevant for migraine sufferers?

Clearly, a large proportion of the working population suffer from migraines. However, there is a general consensus that a lack of understanding of migraines — including by employers — is a barrier to improving conditions for those that live with migraines.

If an employee’s migraine is classed as a disability, then an employer has a duty to make reasonable adjustments. However, in many cases, changes that would benefit a migraine sufferer (such as better workplace conditions) are positive actions that will support everybody. Employers also need to be mindful of the requirement under the Health and Safety at Work, etc Act 1974 to not put employees in a situation that would exacerbate poor health.

As migraines can vary widely between individuals, it is important to speak with any affected employees about the impact migraines have on their ability to work, their triggers, and any measures that might be helpful. This can be drawn up into a personalised plan, along with any other supporting documents. For example, if stress is a trigger, a specific risk assessment for stress might be appropriate.

Some adaptation measures could include changes to how people work, their physical environment, and stresses within the workplace.

In addition, if the migraine is classed as a disability, asking employers to disregard a reasonable amount of disability-related sickness can mean that the employee is not penalised by absence policies, especially those involving multiple instances of short-term absence.

Considerations for the work environment

Migraines affect around 23% of people, and are thought to cost businesses billions of pounds in the UK due to sickness-related absence as well as presenteeism. Some migraines can be classed as a disability, but many of the adaptations that can be put in place to help migraine sufferers will be beneficial for all members of staff.