Covid-19 has served to highlight systemic injustices in our society. Here, Laura King looks at how organisations can incorporate social justice into their sustainability programme. 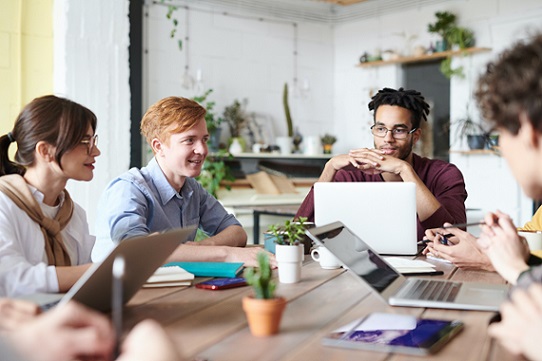 Covid-19 has laid bare the social inequalities within our society, and without urgent action will also play a pivotal role in widening them. The pandemic has disproportionately affected low-paid workers in sectors that have been shut down. Death rates are highest in deprived areas and in ethnic minorities. Mothers are more likely to have their careers disrupted, while young people are more likely to have been made redundant. For those still in education, online classes are more available to those in private schools compared to their peers in state schools.

Black, Asian and minority ethnic (BAME) workers have been one of the hardest hit groups, with reports highlighting throughout the pandemic that people of colour are more affected than those who are white. For example, at the end of February, TUC analysis showed that the unemployment rate for Black African and Caribbean workers stood at 13.8%; over three times the rate for white unemployment.

Covid-19 was not the only event in 2020 to highlight deep-rooted injustices within our society. The killing of George Floyd by a white police officer in May further exposed the brutal inequalities still present within institutions, leading to the largest anti-racism movement in recent history.

The immense wildfires of Australia and North America, too, were a wake-up call to the increase in natural risks that climate change is exposing us to. Logic would dictate that poorer communities would suffer more, and indeed, studies show that those living in poor income areas are particularly vulnerable to the impacts of wildfire smoke due to existing health inequalities.

Sustainability professionals will be well-versed in the triple bottom line and how the environment intersects with society. The disproportionate effect of the climate emergency and other environmental crises on the poorest communities is well understood, despite the fact that those with the least are responsible for fewer emissions than those with more wealth.

Although many reports focus on the inequitable impact that climate change is having in the global south, the UK also faces its challenges. Consider flooding within the UK — something that is likely to become more prominent as the climate warms. A report by the Environment Agency found that “people from areas that are classed as more deprived disproportionately face more flood risk than those in less deprived areas”.

When considering that these communities are also likely to have fewer resources to recover from the impact of a flood, it you can see how the impact of climate change can work to widen inequality further if no action is taken.

Ultimately, the two issues are intrinsically interlinked: Improve the environment, and you improve injustices. However, the relationship can also work in reverse. Analysis has shown that the bigger the difference between the rich and the poor in a well-off country, the worse the environmental outcomes. In short, rich countries with high levels of inequality are more wasteful and emit more carbon than their more equitable counterparts.

Fairness is also increasingly called for by society as a whole in the UK’s response to the climate emergency. One example of this can be seen in the recommendations from the UK’s Climate Assembly which involves people from all walks of life. When considering the question: “How should the UK meet its target of net zero greenhouse gas emissions by 2050?” assembly members produced a series of recommendations, first setting out core principles that should underpin any action taken. 25 principles were agreed and ranked, with the most votes indicating where priorities should lie.

Of the 25 principles, the principle that any changes adopted should also serve to promote fairness was in second spot: “Fairness within the UK, including for the most vulnerable (affordability, jobs, UK regions, incentives and rewards) in actions, not just words”. The top position went to increasing education and awareness, with clear leadership from government sitting in third.

How can sustainability professionals work in a way that promotes social justice?

Businesses can contribute to environmental and social justice in two keys ways.

People and planet sit at the heart of many sustainability teams, and understanding the relationship between the two can be second nature. However, while purpose-driven business and commitments from leadership are steps towards action, creating meaningful change requires continued effort.

Here are four ways in which social justice can be woven into sustainability efforts.

Everyone is impacted by the environmental and climate emergencies, and so everyone should be at the table when considering the solutions. Think about whether any stakeholder workshops or information-gathering exercises cover the full spectrum of people that the product, service or project touches, and check that any data used does not have implicit bias. To gain trust, co-create wherever possible, and ensure that any knowledge gained from stakeholder groups is listened to and used to inform actions the company takes.

When considering diversity within stakeholder groups, be cautious that any gesture for inclusion is not just “tokenism” implemented for a stand-alone project or campaign. Keep in mind whether under-represented groups are carrying a disproportionate burden. Do not ask for help where other resources exist, reimburse people for their time, and look to partner with organisations already working for social justice.

What are the human reasons?

When thinking about the environment, many sustainability professionals will be thinking about the multitude of benefits any project can bring. With this, also consider the human benefits. In a recent poll, Global Action Plan demonstrated that people-centred reasons can be as powerful as environmental rationale for adopting change. In this case, the survey found that due to concerns about the impact of air pollution on the severity of a Covid-19 infection, 85% want business to do something to improve air quality after the lockdown, and many would also be prepared to change their own behaviour.

Make sure that a full equality and diversity impact assessment is done with every project to ask what social impact sustainability projects have, both internally and externally. Do they make the world a better place for some, but not all? An impact assessment should both ensure that the project does not inadvertently discriminate against anyone, and also serves to proactively support equality. Consider electric cars, for example. Those living in lower-cost accommodation such as flats might not have the opportunity yet to charge them. Are there ways to support employees who cannot currently access charging points?

Recent research has shown that a sustainability is one of the least diverse professions. Consider the diversity within the team and its key partners, and take the time to do quality work and training to find ways of making the workplace more inclusive.