A summary of the recent trade agreements the UK has made with Japan, Canada and Ukraine. 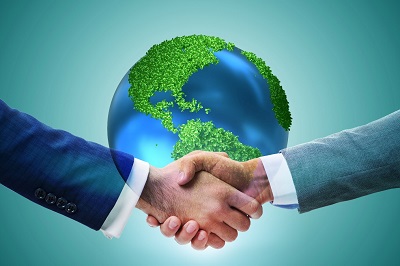 The UK has now officially signed a free trade agreement with Japan, the UK’s first major trade deal after leaving the EU. The UK-Japan Comprehensive Economic Partnership Agreement (CEPA) which will be in force from 1 January 2021, goes beyond the existing EU agreement with benefits for digital and data, financial services, food and drink and creative industries. The estimated boost to trade between the UK and Japan is over £15 billion and the agreement also includes a strong commitment from Japan to support the UK joining the Trans-Pacific Partnership (TPP) of 11 countries, one of the world’s biggest free trade areas covering 13% of the global economy.

All parts of the country could benefit, with Scotland, London and the East Midlands set to gain the most. The sectors to benefit include agriculture, food and drink, manufacturing, digital and data, financial services, creative industries, fashion, small and medium enterprises, services and investment. CEPA offers substantial reductions in tariffs and the removal or reduction in non-tariff measures affecting trade in goods and regulatory restrictions applying to services trade (tariff reductions apply to goods that meet Rules of Origin requirements). There are also provisions which enhance economic cooperation between the UK and Japan, provide greater certainty to exporters and investors and encourage small and medium-sized businesses to use the agreement. Guidance on trade with Japan from 1 January 2021 can be found at https://www.gov.uk/guidance/summary-of-the-uk-japan-comprehensive-economic-partnership-agreement.

The UK signed a continuity trade agreement with Canada on 9 December securing £20 billion worth of trade. Current EU-Canada trading arrangements will be rolled over and negotiations on a new, bespoke UK-Canada trade deal will begin in 2021. The agreement gives certainty for UK businesses exporting goods and services to Canada worth £11.4 billion. It supports British industries including automotive manufacturing and food and drink.

An estimated £42 million tariff burden on UK exports has been saved. The benefits locked in under the agreement include future zero tariffs on UK car exports to Canada; tariff-free trade on 98% of goods that can be exported to Canada; zero tariffs on many exports including chocolate, confectionary, fruit and vegetables, bread, pastries and fish; no taxes on Canadian food products such as maple syrup, biscuits and salmon. All nations and regions of the UK should benefit from preferential access to Canadian markets.

It is hoped the new deal with go further in areas such as digital and data, women’s economic empowerment and the environment.

The UK has signed a political, free trade and strategic partnership agreement with the Ukraine which replicates the effects of the EU-Ukraine Association Agreement. The EU-Ukraine Agreement addressed obstacles to trade in goods and services, eliminated almost all tariffs on trade in goods, banned anti-competitive practices, created a level playing field for the export of goods and services, increased transparency, moved towards international standards in a number of areas, developed SMEs and simplified requirements in customs. The UK-Ukraine Agreement contains clear commitments to international standards on Intellectual Property and UK Geographical Indications such as Scotch whisky and Irish whiskey, which are protected in the Ukrainian market. It is expected to take effect from 1 January 2021 (or as soon as possible thereafter).

Total trade in goods and services between the UK and Ukraine in 2019 was £1.5 billion. Amongst the goods exported to Ukraine were vehicles (other than railway or tramway rolling stock) and aircraft, spacecraft and parts thereof. Goods imported from Ukraine included iron and steel and cereals.

Details of other trade agreements that have recently been signed including the services agreement with Switzerland, agreements with Mexico, Egypt, Iceland and Norway, Kenya, Singapore and Vietnam can be found at www.gov.uk/guidance/uk-trade-agreements-with-non-eu-countries.