The relationship between health and safety and disability discrimination law is illustrated by a number of cases. Barrister Robert Spicer reports. 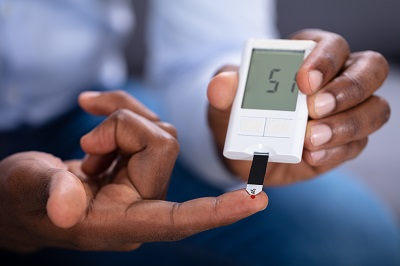 One case that illustrates the complexity of disability discrimination law is Linsley v Revenue and Customs Commissioners (2018). Mrs L, an employee of HMRC, suffered from ulcerative colitis. This could flare up on occasion and was aggravated by stress. One effect of the condition was an urgent need to use the toilet.

The employer had a national policy on the use of car parks, which stated that priority was to be given to workers needing a parking space as a reasonable adjustment. For a number of years L was provided with a dedicated parking space so that she would be near a toilet when she parked. The Occupational Health department had advised this, reporting that stress could aggravate her condition.

In 2016, L started working at another site. She was not provided with a dedicated parking space but was informed that she could use essential user bays on a first come, first serve basis if she could not find a space when she arrived at work. The use of essential user bays required the signature of paperwork. Her alternative was to park in an unauthorised zone. This would incur a sanction, but the employer stated that this would not be applied.

L appealed to the Employment Appeal Tribunal (EAT). The EAT allowed the appeal and made the following points.

Another example is Pousson v British Telecommunications plc (2004), which was decided under the Disability Discrimination Act 1995 (the forerunner of the Equality Act 2010).

P was employed as a consumer service advisor by BT. The employer knew that P was an insulin-dependent diabetic. P was moved to a new team. He was under more pressure and was less able to fulfil the requirements of the job because of his condition. BT’s occupational health service advised that diabetics were more prone to general viruses and infections and that P’s sickness absence was likely to exceed that of a healthy colleague. The service recommended the following reasonable adjustments:

The employer adjusted P’s shift pattern but made no other adjustments. It applied its poor performance/attendance policy to P. He was warned about absences and time away from his workstation, related to his disability. The employer took poor performance action which required a substantial improvement in performance.

P complained to an employment tribunal of disability discrimination. The tribunal upheld the complaint on the following grounds.

In 1999, in the case of M T Tiquin v Abbey National plc, T was employed as a mortgage advisor by A. Her job was changed to that of customer advisor, which she found very stressful. This caused a recurrence of irritable bowel syndrome. Her new managers refused to allow her free access to the toilets or to have a drink at her workplace. Her symptoms became severe and she was eventually dismissed. She complained of disability discrimination. Her complaint succeeded. The employment tribunal stated the following.