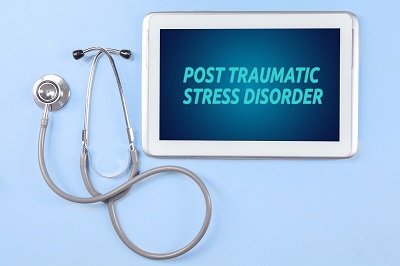 Post-traumatic stress disorder (PTSD) is a serious anxiety disorder caused by exposure to a stress-inducing experience outside the normal range of work experience. This includes, for example, witnessing fatal accidents. The symptoms of PTSD may include re-experiencing the feelings aroused by the event.

Failure to identify safety measure that would have prevented harm

Most recently, in the Scottish case of Dow v Amec Group Ltd (2017), D, a labourer, claimed compensation for chronic PTSD suffered as a result of, and in the aftermath of, a fire at a power station.

A fire had broken out in a flue gas desulphurisation plant as D was working on its roof. He was trapped for approximately 15 minutes before being rescued.

D stated that there had only been one exit from the unit’s roof: a staircase which could not be used because of smoke. D alleged that Amec had failed to provide a sufficient means of egress in breach of s.53 of the Fire (Scotland) Act 2005, the Management of Health and Safety at Work Regulations 1999 and the Construction (Design and Management) Regulations 2007.

Amec argued that it had not breached any of these obligations and that there was no liability in respect of pure psychiatric injury. The company brought evidence of its procedures in respect of risk assessment and fire precautions. It did not produce any fire risk assessment in compliance with the Fire (Scotland) Act 2005.

At first instance, D’s claim was dismissed. The court accepted that D had suffered psychiatric harm but ruled that it was necessary for him to identify and prove particular features on the part of Amec that had resulted in him suffering harm. There had been more than one escape route available at the relevant time. D had failed to identify any failures and had not proved any breaches on the part of Amec. D appealed to the Scottish Inner House.

That court dismissed the appeal and decided as follows.

Similar issues were raised in the case of Young v Charles Church (Southern) Ltd (1997) where Y, a scaffolder’s labourer, saw a workmate electrocuted when a 20ft scaffolding pole which he was carrying touched a 33,000 volt overhead power line.

Y suffered post-traumatic stress disorder. He claimed compensation from his employer. At first instance his claim was rejected because he had suffered no physical harm. He appealed to the Court of Appeal, which allowed the appeal and made the following points.

In the present case, Y was an employee who was owed a duty of care by his employer and the employer was liable.

A more extreme case is Corr v IBC Vehicles Ltd (2006) where C suffered an accident at work which the employer admitted had been caused by its negligence. He underwent several operations and began to suffer from PTSD. He lapsed into deep depression and showed suicidal tendencies, committing suicide six years after the incident. His widow claimed compensation from the employers.

The Court of Appeal found the employers liable. The harm on which the claim was founded was depression, which was admitted to be a foreseeable consequence of the employers’ negligence. Suicide was not an uncommon result of depression and there was no cause other than depression for the suicide. The court made the following further points.