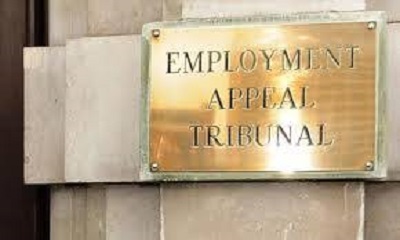 Summary of the case

The Employment Appeal Tribunal (EAT) has ruled that an employer didn’t have “constructive knowledge” that an employee was disabled when dismissing her.

It held that she had concealed her disability from her employer and would likely have continued to do so even if it had asked further questions about her health.

The law on disability discrimination

Within equality law, it is unlawful to treat a disabled person unfavourably because of something arising from, or as a consequence of, their disability.

For example, reprimanding an employee who has had to take long periods of time away from work because of a disability would likely be discrimination.

For this type of discrimination to occur, the employer must know — or be reasonably expected to know — about the disability.

It isn’t always that clear-cut, however.

Employers may be able to justify this treatment if they can show it to be a proportionate means of achieving a legitimate aim.

It could potentially be justifiable to dismiss an employee on the grounds of capability although it would have to be clearly demonstrated that they were unable to do the job they were employed to do as a result of their disability — even with additional support.

A Ltd v Z: the facts of the case

An employee who suffered from a number of mental health impairments failed to disclose this to her employer at the beginning of her role with the new company.

This occurred despite the fact the employer had directly asked her why she’d taken 30 days’ sick leave from her previous job.

Before starting her new role, the employee also completed a form that confirmed she wasn’t aware of any impairment that would have an effect on her ability to carry out normal day-to-day activities.

During her employment, the employee was absent for 52 days due to sickness, which she failed to disclose were a result of a mental impairment.

Her employer did receive certificates from her GP, and a hospital, indicating she had issues with her mental health, but failed to follow up on this.

The employee was eventually dismissed as her continued absences and poor time- keeping meant she couldn’t be relied upon in her role.

She brought a claim to the employment tribunal for discrimination arising from a disability.

What did the employment tribunal say?

It found the employer had “constructive knowledge” of her disability as it had been sent medical evidence that raised real questions about her mental health but failed to follow up on it.

The tribunal also held that, while her employer did have a legitimate aim for dismissing her, namely that her unreliability could have caused issues for the company, its actions were not proportionate.

This was because her employer had dismissed her on the spot instead of considering any additional support it could have given her, such as referring her to occupational health.

What did the Employment Appeal Tribunal say?

The employer appealed this decision to the EAT, who upheld the appeal.

As the employee had continuously concealed her impairment from the employer, there was no confirmation that she wouldn’t have continued to do so even if further enquiries had been made.

The EAT held that, when assessing whether an employer had “constructive knowledge” of a disability, employers must be able to show that it was unreasonable for them to be expected to know about it.

It was a win for the employer in this situation. That said, employers must always proceed with care when faced with an employee who is taking prolonged periods of sick leave and could, potentially, be disabled.

Here are the main points to consider.

Your in-depth topic on Mental Health at Work gives practical tips on workplace policies that support those struggling with their mental health. Best practice advice and guidance on the law can also be found in your Disabled Workers topic.

Dealing with a difficult situation and would like some advice or a second opinion? Speak to a Croner expert today on 0800 231 5199.