When this series of articles first started three years ago, it would not have seemed credible that we would now be on our third Conservative Prime Minister and that the UK would still be in preliminary negotiations with the EU over the terms of its departure. Paul Clarke updates us on the ever-changing world of EU withdrawal. 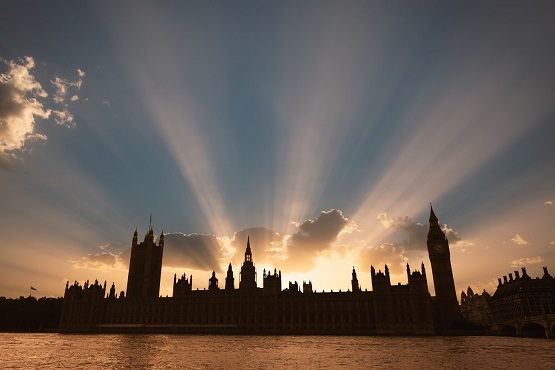 Even more unlikely, to the point of fantasy, would have been the idea that the third of those Prime Ministers would be told by the UK’s highest Court that “his decision to advise Her Majesty to prorogue Parliament was unlawful because it had the effect of frustrating or preventing the ability of Parliament to carry out its constitutional functions without reasonable justification”.

Yet that is exactly what has happened to Boris Johnson, after his decision to ask the Queen to prorogue Parliament was referred to the Supreme Court. Eleven judges decided unanimously that “this was not a normal prorogation in the run-up to a Queen's Speech. It prevented Parliament from carrying out its constitutional role for five out of the possible eight weeks between the end of the summer recess and exit day on 31st October”. Not surprisingly, given the unprecedented nature of the ruling, it was quickly followed by suggestions from other Party leaders that Mr Johnson should resign. He has indicated that not only will he be staying on but that he will not be apologising and that he “profoundly disagrees” with the ruling, although he would respect it.

The Speaker, John Bercow, ensured that Parliament was back in session on the day after the Supreme Court ruling with the Prime Minister returning to a House where he has no majority and has lost every vote since he took over from Theresa May. He continues to insist that the UK will leave the EU on 31 October, come what may, either with or without a deal. But is this still possible?

In the few days available to them between returning from the Summer recess and being forced to suspend sitting by the Prime Minister, MPs managed to see a new Bill through all its stages in both Houses and on to Royal Assent. The European Union (Withdrawal) (No 2) Act 2019, promoted by MPs Hilary Benn and Alistair Burt, is intended to avoid (or at least delay) the UK’s departure from the EU in the absence of a ratified withdrawal agreement.

It requires the UK Government to reach a deal with the EU on the terms of its departure by 19 October 2019 or to gain Parliament’s approval for a no-deal Brexit. Failure to do either would mean that the Prime Minister must then write to the EU to request another extension to the Article 50 process. A letter to that effect, addressed to the President of the European Council, is set out in the Act. With regard to the length of the extension, this states: “The United Kingdom proposes that this period should end at 11.00pm GMT on 31 January 2020. If the parties are able to ratify before this date, the Government proposes that the period should be terminated early.”

If the European Council decides to agree an extension to a date other than 31 January 2020, the Prime Minister must, the Act states, agree it within a period of two days beginning with the end of the day on which the European Council’s decision is made, or before the end of 30 October 2019, whichever is sooner. The Act also gives Parliament, and the House of Commons in particular, an ongoing role in scrutinising progress towards the securing of a deal between the UK and the EU. The Government must publish a report on 30 November 2019 explaining what progress it has made in this regard. MPs would then, by 5 December, be asked to ‘approve’ that report.

No backing down in Brussels

Hard times at home for Mr Johnson, then, but the last few weeks have not been easy on the European front either. When he finally decided to visit the Commission President Jean-Claude Juncker, he said that the aim was to take stock of the ongoing technical talks between the EU and the UK and to discuss the next steps. The Prime Minister had said that he would not talk to the EU negotiators until they gave up on the Irish backstop but it was made clear after this meeting that they would not be doing so until he could offer a viable alternative. President Juncker stressed that it is the UK's responsibility to come forward with legally operational solutions that are compatible with the Withdrawal Agreement.

Clearly not wanting the EU to be blamed if 31 October arrives with no deal in place, President Juncker and Chief Negotiator Michel Barnier said the Commission “will remain available to work 24/7”. When pressed by the UK media, Mr Johnson would not elaborate on the details of the alternative arrangements he wanted to replace the Irish backstop. This left EU leaders exasperated as he continued to argue that the talks between the two sides were making progress. The Prime Minister insists that EU leaders must compromise if they really want a deal but they can see nothing specific on which they are supposed to give way — other than to drop the backstop, which they have consistently refused to do.

Vague UK promises about “technology and trusted trader schemes” are dismissed by EU officials as aspirational and lacking detail. The UK and EU should “not pretend to be negotiating” a Brexit deal if there are no new proposals on the table, the EU's chief negotiator concluded.

On the same day, things went from bad to worse for the Prime Minister as he also met his counterpart in Luxembourg, Xavier Bettel. During a chaotic visit, Mr Johnson pulled out of a planned press conference citing disturbance caused by noisy protesters. Mr Bettel went ahead anyway, standing next to an empty lectern and warning the absent Mr Johnson: "We need written proposals and the time is ticking, so stop speaking and act.”

The decision to miss the press conference was a gift to cartoonists across the media as Boris Johnson had, ahead of his trip, told the press that the UK “would break out of its manacles like cartoon character The Incredible Hulk”. Guy Verhofstadt, the chief Brexit representative for the European Parliament, tweeted a picture of Mr Bettel next to the empty chair beneath the text: “From Incredible Hulk to Incredible Sulk”. Even the actor who plays The Hulk took the opportunity to remind Mr Johnson: “The Hulk only fights for the good of the whole. Mad and strong can also be dense and destructive. The Hulk works best when he is in unison with a team, and is a disaster when he is alone.”

Business and Government at cross purposes

In amongst all the political arguments, the Government is busily pushing out information to firms about dealing with a no-deal Brexit. And this is working, according to Michael Gove as he reported back to Parliament that he had had talks with the automotive and retail sectors and they were both “ready”. Several business leaders who had been at the meetings immediately told the BBC that this was far from the message they had conveyed to Mr Gove. “We said we are planning as best we can, but cannot prepare for all eventualities and tariffs alone undermine our viability. We want a deal. No deal is not an option. Catastrophic.”

Lesson of the day

A lot of heat and nonsense followed the Court ruling — not the least the comment by Leader of the House Jacob Rees-Mogg that it represented a constitutional coup — but the most considered reaction probably came from former Supreme Court justice Lord Sumption. He said that the current tangled Brexit mess was caused by the “misguided attempt” to insert a referendum into a parliamentary system. A referendum, he went on, can serve none of parliament’s functions. It is not a source of law but is only a snapshot of opinion. As such, it is certainly important for parliamentarians but it cannot be — as so many of them continue to argue — the final arbiter of what they must decide.

Open war in the Commons

Any such calm consideration was clearly lost on the House of Commons as Boris Johnson rushed from the plane returning him from a visit to the United States cut short by the Supreme Court ruling. His aggressive statement to the House, dismissed as 10 minutes of bluster by the Leader of the Opposition, was clearly aimed at his core support in the country. The Prime Minister conceded nothing, describing pleas by female Opposition MPs to stop using emotive terms - such as “surrender” and “betray” — as “humbug”, even when they pointed out that they regularly faced death threats from people using similar language.

Mr Johnson’s tactics are clear — to goad the Opposition into a vote of confidence so that a general election can be called before 31 October. Jeremy Corbyn is equally determined not to go to the country on the Prime Minister’s terms. All this leaves Mr Johnson desperately needing a deal to allow “Brexit to be done”. His chances seem slim however as, in the unlikely event that the EU comes to his aid with an agreement that he can put to Parliament, his performance on the day that Members returned after the failed prorogation has almost guaranteed that he will not get the necessary support from the Opposition (and his cast-out former colleagues) to see the deal approved.