Published on Croner-i (https://app.croneri.co.uk)
Feature Articles > PPE: one size does not fit all

Gordon Tranter discusses the problems employees, particularly women, have with ill-fitting personal protective equipment at work, ranging from discomfort to risk of injury. 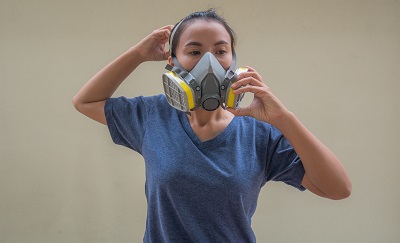 The Personal Protective Equipment at Work Regulations 1992 require that personal protective equipment provided for use at work should be suitable and capable of fitting the wearer correctly. Yet if you are not the size and shape of the average man this is often not the case.

The consequences of badly fitting PPE

PPE that does not fit correctly can not only cause discomfort but also increases the risk of injury, as follows.

Another significant consequence of those who cannot find comfortable PPE that fits them is that they may put themselves at increased risk of injury by not wearing any PPE.

Often, employees who are unable to get access to PPE that is sized for their bodies will try to compensate by altering available PPE. In the effort to adapt ill-fitting boots, masks and protective clothing to improve their practicality and comfort, many have resorted to taking the offered garment and modifying it to fit, for instance by using extra socks, belts, elastic bands, or even masking tape. This option is not a solution. It interferes with the protective properties of the equipment and can put smaller employees at greater risk. As an example, rolling up sleeves or pant legs can obscure reflective strips or lead to the risk of excess material becoming caught in machinery.

In many workplaces the physical differences between most men and women have not been taken into account when it comes to providing women with personal protective equipment (PPE).

The main differences in size and shape between the average woman and the average man are as follows.

Heat stress is a known risk associated with PPE and becomes a real issue for women, not just during pregnancy but also monthly, as the menstrual cycle increases core body temperature. This heat stress risk can become even more acute during the menopause when many women report having hot flushes.

Women have other difficulties caused by the lack of suitable PPE during their pregnancy. Physical changes around pregnancy may make the PPE uncomfortable to wear or too tight and therefore unable to provide the intended protection. Weight gained during pregnancy can, for example, affect how a respirator fits and may prevent it sealing properly to the face.

Protective clothing or other types of PPE are not generally designed for use by pregnant women. Even if suitable PPE is available, employers can be reluctant to provide it at each stage of the pregnancy due to cost issues.

The TUC guide Personal Protective Equipment and Women reported on the UK Coastguard Rescue Service’s one-piece overalls: “They make it very inconvenient for female coastguards to use the toilet while wearing them. There is a double zip at the front, which is great for males, but for female coastguards it is very impractical to go to the bathroom. It isn’t just a matter of having to take off the overalls to use the bathroom. The overalls form a base layer over which several other pieces of PPE are often worn, such as foul-weather clothing, life jackets, climbing harnesses, etc and it is a major operation to have to strip these all off in order to remove the overalls.”

Again, these challenges can be heightened during the menstrual cycle, pregnancy and menopause when there is often a need to visit the toilet more frequently to change sanitary wear or from pressure on the bladder.

The limitations of Standards

Manufacturers can use harmonised European standards to demonstrate that their products comply with relevant new approach directives or regulations. However, the standards written for PPE often fail to take female users into account. There is lack of diversity on the committees that write these standards and the committees tend to rely on anthropometric data relevant to the male body. The consequence of this is that the standards that PPE manufacturers must comply with often restrict their ability to make PPE that is suitable for women.

In 2016 trade union Prospect, Women in Science and Engineering, the Institution of Mechanical Engineers and the Trades Union Congress (TUC) conducted a survey exploring PPE provision for women in the UK. It found that not only did PPE hamper their work, create discomfort and injury, but 28% of respondents reported that they had been subjected to derogatory comments as a result of ill-fitting PPE, such as: “‘You look like a kid playing dress-up”, “Are you wearing your dad’s clothes?” and “Here comes the elephant”. This is particularly the case where women are given the smallest men’s size available rather than something tailored to women. Even a men’s small can be too large and makes them look ridiculous and the target for derogatory comments.

Now that we have increasing awareness of this issue, manufacturers are developing PPE designed specifically for females. Most of the large suppliers in high-income countries do now provide some sizing for women, particularly for those working in traditionally male-dominated industries. However, only 29% of the women who took part in a survey conducted by Prospect in 2017 reported that the PPE they wear at work was designed specifically for women.

There is still a need to persuade more manufacturers to provide PPE designed for females and to educate employers about correctly fitting PPE but the growing number of women now working in areas such as engineering and construction should ensure this happens.

For professional advice on dealing with any health and safety matters, speak to a qualified consultant on 0800 231 5199.