Published on Croner-i (https://app.croneri.co.uk)
Environment and Sustainability > Feature Articles > What are the health impacts of environmental exposure to plastics?

Caroline Hand looks at what we know about the health impacts of environmental exposure to plastics, and what can be done to mitigate them. 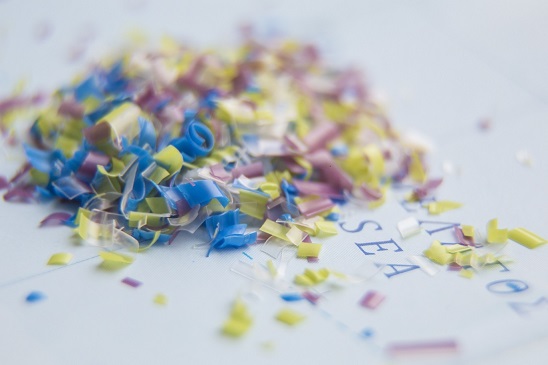 Plastic waste is doing untold harm to marine life, and as awareness of the problem grows, people are starting to wonder whether ocean plastics are also putting human health in danger. While the risk of ingesting toxic levels of plastic with our fish and chip supper or seafood paella may be fairly low, the fact is that humans are being exposed to plastics at all times and in all places, outdoors and indoors.

Plastic waste which enters the ocean cannot biodegrade but instead breaks down into tiny fragments: microplastics and nanoplastics. The discarded water bottles, fishing nets and food packaging that cause so much harm to marine animals eventually become an unwholesome plastic soup floating below the surface. Some microplastics and nanoplastics enter the environment directly, eg the small plastic pellets (nurdles) used in manufacturing, or the microbeads used until recently in cosmetics and personal care products. These are known as primary microplastics. Based on a recent International Union for Conservation of Nature study, synthetic textile fibres and particles from car tyre abrasion are the two main sources of primary microplastic in the ocean.

These tiny plastic particles are ingested by marine animals such as shrimps, some of which will even eat the plastic particles in preference to their natural food. There is nowhere on the planet where animals can feed without being affected by plastic pollution: even in the Marianas Trench, the deepest point of the Pacific Ocean, tiny shrimps were found with plastic additives, including brominated flame retardants, in their tissues.

Once ingested by small animals, plastic can be passed up the foodchain. One study found that nanoplastics readily travelled through the food chain from an alga (Chlamydomona reinhardtii) via a water flea (Daphnia magna) to a rice fish, all the way to the top predator, a dark chub (Zacco temminckii). The good news is that the plastics have been found to stay in the gut of fish rather than moving into the muscle (the part we eat), although it is possible that nanoplastics smaller than the limit of detection could pass out of the gut and into other organs and tissues where they could cause inflammation. When it comes to molluscs (shellfish) and other seafood which is eaten whole, any plastic ingested by the animal could potentially be consumed by humans. One study found microplastics in all samples of mussels bought from UK supermarkets. Little or nothing is known about how the properties of plastic are affected by metabolic processes in the foodchain — or even by cooking.

The basic polymers making up plastic are not the primary risk to human health. Rather, it is additives such as plasticisers, stiffeners and dyes that are likely to be toxic. According to the Ellen MacArthur Foundation, the 150 million tonnes of plastics currently in the ocean include approximately 23 million tonnes of additives. Some estimates suggest that about 225,000 tonnes of such additives are released into the oceans annually. In the ocean environment the chemical bonds between additives and polymers can be broken down, allowing the additives to leach into the water where they can be more easily taken up by fish and other marine animals through their gills.

Another, separate, issue is that of persistent organic pollutants (POPs) such as polychlorinated bipheyl (PCB), already in the ocean due to industrial pollution, which can attach themselves to the surface of microplastics and become more concentrated as they pass up the foodchain (known as bioaccumulation). Although most of these have now been banned, they could find their way back onto our plates via the food we eat.

The additives of concern are the “usual suspects” of environmental toxicology; primarily endocrine disrupters and substances which are thought to harm the developing brain of babies and unborn children. Ocean plastic in our seafood is only a small part of the picture — people everywhere are exposed to a cocktail of chemicals from a wide range of sources including home furnishings, plastic packaging, printing inks, house dust and clothing.

Bisphenol A (BPA) is one of the most commonly produced chemicals in the world, and an estimated 95% of people have traces of it in their body. Although it is quickly metabolised, it is so ubiquitous that as soon as it is excreted we take in more. BPA is added to polymers to create polycarbonate plastic, used in making robust, impact-resistant materials. It has been banned from use in baby bottles but is still used for a variety of applications including the epoxy resin used to line food cans, and the printing ink used for till receipts. Entering the body through skin contact or ingestion, this chemical has been linked to various health effects including neurodevelopmental damage in babies, and abnormalities of the immune system. However, it is best known as an endocrine disrupting chemical affecting reproductive health.

BPA can disrupt normal levels of sex hormones by binding to the globulins that normally bind to sex hormones such as androgens and oestrogens. This disrupts the balance between the two hormones. BPA is particularly harmful to the male reproductive system and it is feared that it could be responsible for falling sperm production and quality, and hence infertility. In animals, BPA appears to affect brain development, leading to loss of sex differentiation in brain structures and behaviour. Low doses of BPA have also been found to affect insulin secretion in mice, thus raising fears that it could contribute to diabetes in humans. The harmful effects of BPA on animals have been observed at low doses, and it is feared that there may be no safe threshold level.

Other substances of concern

Polyvinyl chloride (PVC) is used in pipes, cables, furniture and packaging: this is the plastic filled with the greatest diversity of additives, including phthalates. Vinyl chloride, the monomer from which it is manufactured, is carcinogenic.

Phthalates are used as plasticisers in PVC and other plastics. Like BPA, they disrupt the male reproductive system in test animals, although only in doses much higher than the estimated daily human exposures. Some phthalates have now been banned.

Brominated flame retardants are used in furniture. Again, those known to be most hazardous have been banned but some are still in use and have been detected in microplastics. They have been linked to abnormal brain development in foetuses and children.

Per and poly-fluorocarbons (PFCs) are used as non-stick coatings or breathable coatings. They are very persistent in the environment and are routinely found in blood. There is evidence that some PFCs can disrupt the action of the thyroid hormone.

Styrene — a precursor to polystyrene — has been found to leach out of polystyrene packaging into food. Limited exposure to styrene can cause irritation of the lungs, eyes, nose, and skin.

Our primary source of exposure to plastic and the associated additives is not through fish in our diet but through the plastic packaging around our food. One study compared different plastic containers to see which released the greatest concentrations of chemicals into food. The worst offender was the plastic lid of a single use water bottle — another good reason to buy a reusable bottle!

Inhalation of microfibres from indoor air is another significant exposure route. Every time we wash and dry synthetic fibres, microfibres are released into both the wastewater and the air. We may also be exposed to chemicals from the breakdown of plastics when they are burned in an energy-from-waste plant.

How serious is the problem?

Like the ocean shrimps, we probably all have small amounts of plastic in our bodies. In 2018, a study from the Medical University of Vienna and the Environment Agency of Austria analysed stool samples from people in Finland, Italy, Japan, the Netherlands, Poland, Russia, the UK and Austria. Every sample tested positive for the presence of microplastics and up to nine different types of plastic resins were detected. On average, the researchers found 20 microplastic particles per 10g of stool.

We do not yet know how seriously this chronic exposure to plastic and the associated additives is harming our health. There does seem to be a worrying correlation between the known effects of these substances on laboratory animals (such as harm to the male reproductive system and disruption of insulin production) and current trends of ill-health in the human population (such as falling sperm counts and an increase in diabetes). Behavioural disorders and autism in children are also on the rise, with some environmentalists placing the blame on chemicals, though it is not yet possible to form a causal link.

A CIEL report published in February 2019, Plastic and Health: The Hidden Cost of a Plastic Planet, paints a very alarming picture of the potential harm microplastics could cause:

This sounds very grim, but it is important to bear in mind that the links between plastic and these diseases are generally based on studies of laboratory animals exposed to relatively high doses.

Scientists struggle to determine how low-level chronic exposure to an unpredictable cocktail of chemicals is impacting our health. As people cannot be asked to eat plastic as part of an experiment, researchers can only draw inferences from the animal studies and look for correlations between exposure to chemicals and reports of illness in individuals. The general conclusion is that it is wise to apply the precautionary principle.

What can be done?

A truly biodegradable plastic, which fulfils its intended functions then decomposes quickly into harmless ingredients, would be the ideal solution but we are still some way from creating it. In the meantime, public opinion in the UK, USA and Europe has been mobilised to cut back on the production and consumption of single-use plastics and to clear up plastic litter wherever possible. Responsible manufacturers, in some cases prompted by customer demand, are seeking to replace potentially harmful additives with safer substitutes, as illustrated by the following case studies taken from The New Plastics Economy (Ellen MacArthur Foundation).

The Danish retailer Co-op Denmark phased out all fluorinated substances from its own brands in 2014, in response to concerns about the endocrine disrupting properties of these chemicals. The following year it stopped selling microwave popcorn since the packaging contained fluorinated substances.

Unilever committed to eliminating PVC from its packaging in 2009 and by the end of 2012 virtually all Unilever packaging was free of PVC. It was replaced with alternative materials that provide the same functional properties as PVC at a viable cost.

Some printing inks contain BPA, which can be absorbed through the skin. Nestlé developed a guidance note on packaging inks, lacquers, coatings, and varnishes, specifying the substances that can be used in its packaging. Nestlé then shared the document with vendors and those higher up the packaging value chain.

BASF reported in 2014 that it had doubled production capacity for its non-phthalate plasticiser Hexamoll DINCH to 200,000 tonnes per year at its Ludwigshafen site in Germany. This was achieved by opening a second plant. BASF’s decision was made in response to a growing customer demand for safer plastics.

Despite anxiety about the toxic effects of microplastics and their associated chemical additives, plastics have benefited human health and wellbeing in many ways. In everyday life, lightweight, hygienic food packaging protects food from contamination, allows it to be transported safely and reduces waste. There are, of course, numerous medical applications for plastic. It is durable, easy to clean and resistant to corrosion.

However, we need greater certainty on the health effects of low-level exposure to plastic, and progress in eliminating hazardous substances from plastic manufacture. Most obviously, plastic waste must be prevented from entering the environment and continuing to contaminate marine ecosystems.