Those who are self-employed or work for small businesses must consider their pension needs and plan ahead. John Davison outlines how best to plan for your pension, considering how much should be saved for retirement and what tax relief is available for pension contributions. 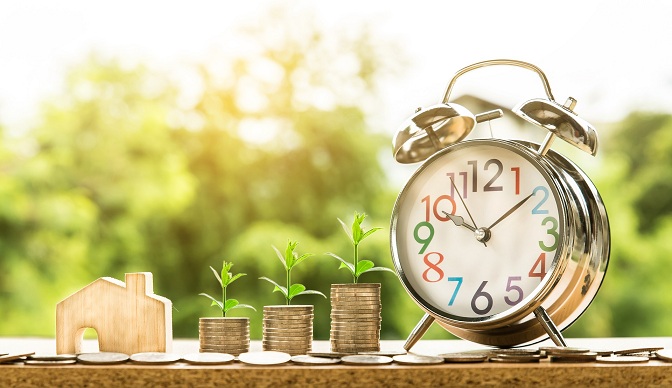 Unless an individual plans to work forever, there needs to be some planning for retirement. Private pensions pay additional amounts to supplement any entitlement to the state pension. To assist in this planning, an individual needs to know the amount they will required to fund their retirement. Although this article does not provide advice regarding choice of investments or how to invest, it is advisable to seek professional advice regarding these issues.

There are two main types of private pension schemes.

A defined contribution scheme provides a pension based on the amount paid in. Defined contribution schemes are usually personal or stakeholder pensions (and sometimes called money purchase schemes). These can be provided by an employer as a private pension or arranged by the individual. The value of the pension depends on the performance of the pension fund. The pension can be paid as a lump sum, through regular payments or a combination of the two. Usually, a lump sum of 25% of the pension pot is payable tax free. The amount which can be paid from the pension scheme is not guaranteed and depends on how much has been contributed and the performance of the fund.

The UK Government has commissioned a report into the Drivers of Saving Behaviour for Retirement Among the Self-employed. This notes that only 32% of those surveyed were saving on a regular basis and 54% set aside no money at all in the previous 12 months for retirement. As would be expected, those earning more (above £40,000) were more likely to be making provision for retirement. But, only a small proportion of regular savers (a third) saved more than £5000 per annum. This suggests that most people will have a savings shortfall in retirement.

How much needs to be saved?

A target for retirement income is often two-thirds of the usual salary (as there will be less expenses in retirement; travel to work, and often no mortgage payments). Most people will, therefore, need some income to supplement the state pension:

This is a significant income to generate.

The amount of income a person will need will depend upon the lifestyle the person expects to have. Various surveys have found that a basic retirement requires about £10,000 a year for an individual (so, slightly in excess of the full state pension). The Consumer Association found that £26,000 a year is needed for a comfortable retirement for a couple. This included holidays abroad, regular meals out, etc. A more luxurious retirement (including long-haul holidays and changing a car every five years) would need £39,000. An individual would need two-thirds of these amounts (£17,333 and £26,000 respectively). A very simple and basic calculator to estimate the required retirement income is provided by Standard Life.

All of these figures suggest that more than the basic pension is needed. There are various calculators that can assist in determining the amount that needs to be saved. One produced by the Money Advice Service calculates an estimate based upon the individual’s state pension age, the chosen retirement age, the target income required and current savings. This will show the likely retirement income, shortfall to the target income and suggestions to make up the shortfall.

It should be noted that annuity rates can change, and will depend on many factors (such as age, health, etc as well as the state of the economy). Also, it is no longer necessary to take an annuity with the private pension fund due to the pension freedom rules. Cash can be taken in lump sums, or an adjustable income can be drawn down (for example, drawing less now and more later to take inflation into account), or the full amount could be withdrawn to invest in something else. It is advisable to seek financial advice when making these decisions.

How much to save?

Compound interest means that the longer the period of saving will generate maximum amounts. Saving just £2000 a year for 40 years, assuming 5% growth will generate a pension pot in excess of £250,000 (for a contribution of just £80,000). The benefit of early saving and compounding is shown by comparing this to saving £4000 a year for 20 years, again with 5% growth. This generates less than £140,000, even though the same amount of capital has been invested.

Inflation does, however, erode the value of the pension savings. In 40 years time, £250,000 is only worth about £75,000 in today’s money. Consequently, there is a need to not only save early and regularly, but also to increase the annual contribution to take into account the eroding effect of inflation.

Unless an annuity is purchased the pension fund that is generated, this needs to be invested and last until a person dies. The average life expectancy of a person aged 65, in the UK, is 19 years. If the pension fund is £250,000, an annuity of 3.5% will pay £8750 a year. If an individual decides to invest their fund and generate an income of £10,000 per annum, but increase the income by 5% a year, to take into account inflation, and earns (post tax) 3%, the pension fund will last for 20 years. The annuity has the advantage of lasting for as long as a person lives, potentially much longer than 20 years, but may pay less to cover the risk of long-lived retirees.

Should a person decide to retire early, significantly larger amounts are required. To last five years longer, the fund would either need to be £320,000 instead of £250,000 or would pay out only £7800 (if increasing by 3% per year) instead of £10,000. Early retirement is expensive.

Another issue is that the growth projection is simple to add into a spreadsheet but it is less stable in practice. Most private pension funds invest in the share market and these can be volatile. For example, the US S&P market fell 9.2% in December 2018 and European markets fell 5.4%. In other periods the increase in share markets has been much higher than the 5% growth figure given, but it is a variable figure. Consequently, most pension funds will offer a range of products which trade off the potential for growth with risk; generally risky products generate higher returns, but can also provide greater losses. Those with many years before retirement can use a more risky product with higher growth prospects, but those retiring in the near future will often move into less risky products that offer lower rates of return. This again, is a matter that benefits from taking professional advice.

It is easy to put off making pension contributions, as there are always seemingly more immediate demands for an individual’s cash. The benefits of early and frequent contributions are clear. Pensions are complex products but this should not put individuals off from investing. Investors should, however, obtain professional advice and seek to secure their future, or prepare for the prospect of working for the rest of their life.