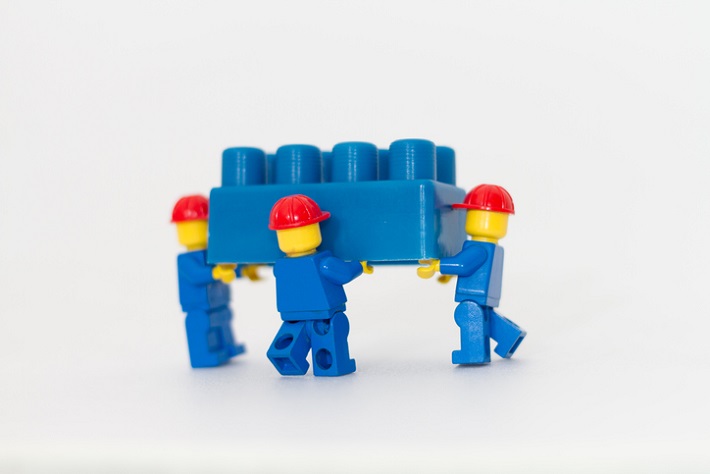 One pressing item on the new Government’s agenda is a housebuilding issue partially eclipsed by recent political events.

As the general election campaign opened, MPs and industry were anxious to highlight the role of, and problems facing, small building firms in meeting the UK’s urgent homebuilding targets.

A few weeks further on, several issues could have important implications for post-EU talks.

Brexit negotiations could reduce restrictive regulations, it is suggested. Similarly, the importance is stressed of a vibrant building industry in a post-Brexit economy, plus the industry’s reliance on EU labour, particularly in London.

However, MPs are also questioning whether there is a positive or negative bias in favour of larger companies that is marginalising smaller developers at a time when every new housing start is essential.

Cross-party members of the Communities and Local Government committee studying the Government’s homebuilding policy have expressed concern that more than half of all new homes in the UK are being built by the eight largest building firms.

The vast majority of the 200,000 new homes a year high-level target reached in the last three years came from large builders.

If the country’s “broken” housing market is to be fixed, they say, a new Government has to give active help to small builders lacking the resources to sustain bids for big demanding projects.

Part of the solution would be for local authorities to prepare more land for homebuilding, including providing infrastructure in the form of access and services roads, plus adequate public transport.

The committee’s work shows that smaller builders struggle to find suitable land, in part because local authorities tend to concentrate on larger sites that only major companies can afford to become involved with.

Commenting on the “alarmingly small” number of small and medium-sized enterprises (SMEs) involved, Committee Chairman, Clive Betts MP, explained that, “If we are to build the homes that the country so desperately needs, for sale and for rent, then this dominance must end.”

He added that to create a successful competitive housing market, the Government must support smaller developers over issues such as “earmarking land, improving access to finance and reducing risks by pro-actively preparing sites for development”.

The committee’s response followed a Government commitment in a February White Paper to build more affordable homes and help people buy and rent them, including measures to make renting more family friendly with longer tenancies.

The committee’s report went on to suggest that the dominant position of high-value builders affects how the market operates.

It states, “Having purchased land at a given price and devised a scheme that will allow them to recoup their investment and deliver a profit, they will not risk over-saturating a local market to the extent that house prices will fall and their profit decrease.”

It adds, “It is rational commercial behaviour and a sound business model. But it is not one that is in the country’s best interests.”

There is, of course, a counterview. The Home Builders Federation (HBF) noted that the most recent big increase in housing supply came from larger mainstream builders. Even so, more builders of all sizes and specialisms are needed, it says, including those able to tackle specific sub-sectors such as the retirement housing market.

It added that terms to access development finance continue to frustrate the growth aspirations of SMEs. At the same time, other obstacles around red tape and navigating the planning process are challenges builders of all sizes face daily.

“However, large firms are generally more equipped to deal with the inevitable uncertainties by spreading the considerable risks and costs associated with planning across dozens of sites rather than being exposed to just a handful,” HBF commented.

A report published earlier this year by the HBF noted that in the last quarter century the UK’s number of SME builders has fallen by around 80%. Simply returning to the number active in 2007 could add some 25,000 extra new homes to the annual tally.

Small companies expanded quickly in the 1960s and 1970s, to a 1988 peak of 12,000. In contrast today, few new SMEs get a foothold and established small companies are finding it hard to grow.

In addition to difficult finance access, HBF research points to increasingly complex planning and regulatory systems as major brakes on small company entrepreneurism. The risky and expensive planning permission process has stymied SMEs lacking the resources and financial clout to circumvent them.

While bank lending to SMEs has increased generally since the financial crisis of 2008, building has missed out.

Among the steps recommended to the Government by the HBF this year are the following.

HBF added that removing “the barriers for SME builders could result in tens of thousands of desperately needed additional homes being built and boost economies up and down the country.”

Recent statistics from HBF’s housing pipeline survey show that permission was granted to build 293,127 new homes in 2016, the highest total since 2006.

This statistic is usually reflected in the number of new houses completed and on the market three to four years later. It indicates that housebuilding is likely to continue increasing in the near future, says the HBF, which also comments that this delay shows the time needed to complete the lengthy planning process, from initial outline planning permission to the start of active work on site.

Because large sites need more information, permissions take longer before work starts; there is also a warning for local authorities not to reply on one large site to meet their housing needs.

The housing and homeless charity Shelter says the delay in providing adequate numbers of affordable homes cannot be left to what it describes as a speculative housebuilding system.

It adds that 8 out of 10 working, private renting families cannot afford a newly-built home in their area, even if they can save up a large enough deposit.

Shelter says that developers compete against each other to outbid landowners based on assumptions of how many homes they can build, what they can sell them for and what contribution they are expected to make to local community infrastructure.

It says competitive pressures work against the public interest.

Tinkering with the system to improve planning and incentivise developers while also helping potential homeowners has failed, it adds.

Shelter’s suggested answer is what it describes as a smaller version of the way in which communities such as Edinburgh’s New Town, Letchworth Garden City and Milton Keynes were developed. This it calls New Civic Homebuilding.

The concept is based on the principle that the aim of building homes is to benefit the people who live in them and their community.

It is expecting opposition to its analysis and policies but says a new balance must be struck between appropriate returns for housebuilders and landowners and the need to boost actual new home numbers. What was possible on prestige developments in the past should be applicable today.