Tony Long, former WWF Director of European Policy, highlights the UK’s crucial role in putting the environment at the centre of the EU institutional agenda, and challenges environmental NGOs to do more to support the Remain camp. 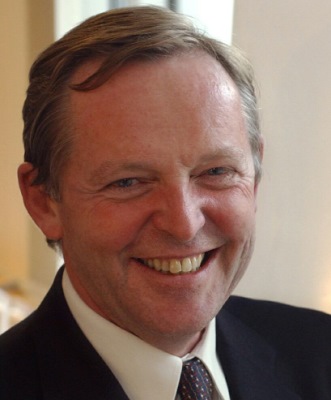 Something of a chill descended on European environmental policy when the new Juncker Commission took office in the summer of 2014. The environmental fall from favour had been brewing for some time. Aside from some warm words at the Rio 2012 Earth Summit, President Barroso was no keen fan.

But it got worse. In his 10 priorities for Europe, environment didn’t make it onto President Juncker’s list at all and only a last guard stand from a cross-party group in the European Parliament meant that sustainable development crept back onto First Vice-President Frans Timmermans’s agenda.

This cooling on environmental policy at EU level has several origins. It began with the resurgence of the international competitiveness debates and the call for a loosening of so-called regulatory burdens that gathered pace after the economic full-stop brought on by the financial crisis in 2008.

One can’t rule out the chilling effect that has been brought on by the very threat – and then reality – of the looming UK referendum itself. The gradual seeping away of EU enthusiasm becomes a self-fulfilling prophecy after a while.

It wasn’t always like this. Looking back to the time the UK Government last held the Presidency of the European Council in the second half of 2005, environmental policy was a vibrant centrepiece of the EU institutional agenda. An extract from the UK priorities for its Presidency reads as follows.

During its Presidency of the EU, the UK will be seeking to:

Those were halcyon days indeed. Could they return? Is the EU capable of ever again scaling these levels of ambition where standards and targets for climate change, sustainable development, biodiversity, health protection from chemicals and so on were becoming not just European goals but helping to set world standards?

The answer I believe is that these heady days can return, and, indeed, will have to return, if we are to avoid some of the multiple crises now bearing down on us.

International co-operation on climate change is going to become more important as the science and observed facts are telling us almost daily that the problems are become more urgent. The EU doesn’t have a perfect record in this regard it is true. But it is not all that bad either.

When the history of the Paris Agreement last December comes to be written, it may be that the EU’s role, alongside others, in piecing together a High Ambition Coalition of developed and developing countries alike will be one of the high points of climate diplomacy in recent years.

A similar appeal can be made around the Sustainable Development Goals. The 2030 Agenda for Sustainable Development approved by heads of state at the UN last September spoke of the choice now facing mankind in these words: “We can be the first generation to succeed in ending poverty; just as we may be the last to have a chance of saving the planet.”

The UK outside the EU would be able to take important steps to meeting some of the 17 goals set out in that document. But there will be regional level contributions that can only be taken at a European level to deliver big global commitments.

Third, the rebuilding of Central and Eastern Europe is still a work in progress. Nation-building through creating common regulatory frameworks across Europe is a huge achievement in the 50-plus years of the EU. That agenda has not gone away and it is one that the EU is uniquely able to shape.

For traditional trade, investment and political influence reasons — and now in a very pressing way for peace and security reasons — the EU provides the mechanisms to be influential on Europe’s eastern and southern borders.

With these challenges all so clear, this is not the time for environmental and development NGOs, with the exception of Friends of the Earth and the Wildlife Trusts, to be sitting on their hands for fear of upsetting their members in the UK referendum debate.

International co-operation, international solidarity, and, above all, international commitment to meet the most pressing environment and development and security challenges of our time should be the pre-eminent rallying cries in the UK referendum debate. This is the time for NGO leadership on Europe, not silence.