Cycling to work is a growing trend in the UK thanks in part to government- and employer-led cycle-to-work initiatives that encourage individuals towards healthier, more sustainable travel decisions. That said, should city cyclists be more concerned about the health implications of riding to work in British cities where air quality can be less than ideal? In the following article, Vicky Powell examines some of the facets of this question.

The rise of the city cyclist 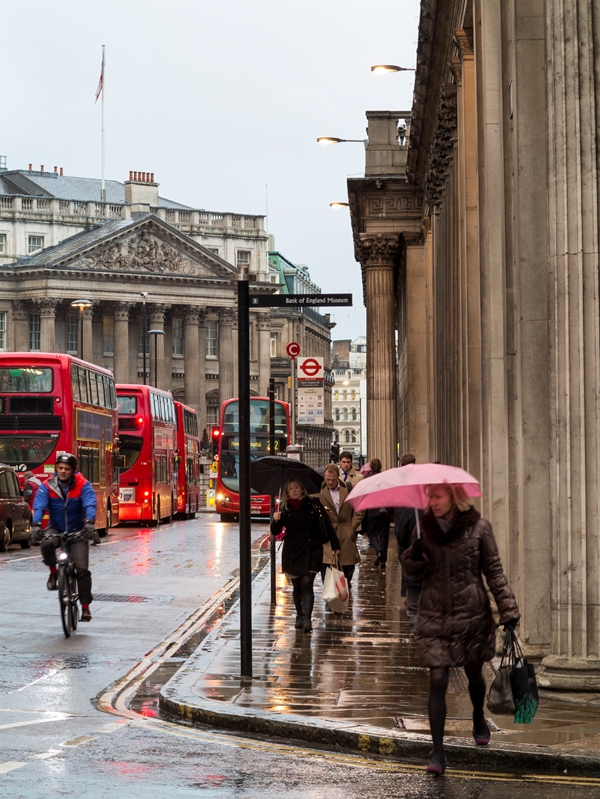 It was estimated in a recent survey by the property company Knight Frank that during rush hour as many as 30,000 commuter cyclists travel in and out of London, making up make up a quarter of the commuter traffic. Volumes are said to drop by 80% when it rains, but nevertheless, cycling to work is growing in popularity with the number of people living in London choosing to do so more than doubling between 2001 and 2011.

Substantial numbers of commuter cyclists are also being noted in many other UK cities, such as Brighton, Bristol, Manchester, Newcastle and Sheffield. In Cambridge, some 29% of working residents cycle-commute, while in Oxford the percentage is 17%.

Certainly, successive governments have been keen to encourage cycling as a commuting choice in order to promote healthier journeys to work and also to reduce environmental pollution. For example, the cycle-to-work scheme allows employers to loan cycles and cycling equipment to staff as a tax-free benefit.

Some companies, such as GlaxoSmithKline (GSK), the healthcare company, are so proactive in their support of cycle-to-work initiatives that they have been highlighted by the cycling charity CTC as “cycle-friendly employers”. GSK has been encouraging its 3,000 staff to cycle to its premises in West London since 2002, offering facilities such as parking, maps, training and repair facilities, plus fully-equipped changing rooms.

A health and safety perspective on cycling to work

The guidance Driving at Work (INDG382), published by the Health and Safety Executive (HSE) points out that health and safety law does not apply to people commuting between home and work, unless they are travelling from their home to somewhere which is not their usual place of work.

Commuting to work on a bicycle is associated with many health benefits. The charity CTC points out that lack of exercise can make people ill and lead to obesity, coronary heart disease, strokes, cancers, type 2 diabetes and other life-threatening conditions.

From a safety perspective, however, the picture is somewhat gloomier, notably in London. In 2013, the number of cyclists hit by vehicles in London totalled 4,623 with six cyclists killed on London streets within a two-week period in November 2013. Subsequently, a number of steps have been taken by London’s Mayor Boris Johnson and the local government body, Transport for London, (TfL) to improve cycle safety in the capital.

There is also air pollution to consider: it is estimated that in the UK, air pollution contributes to the premature death of 29,000 people a year. Exposure to high levels of air pollution is associated in the short and long term with a variety of adverse health outcomes, such as respiratory infections, asthma, heart disease, stroke and lung cancer.

How bad is our air?

According to the London Air information service (www.londonair.org.uk), run by the Environmental Research Group at King's College London, “London suffers from traffic related pollution in a similar way to most UK cities, but the sheer size of the city, along with a dense road network and high buildings, means that central London tends to be one of the most polluted places in the UK. It is currently the main area failing to comply with the legally binding limits set by the EU.”

Air pollution has been defined by the British Heart Foundation as microscopic particles and gases in the air which can be harmful. Pollutants include particulate matter (PM), a collection of soot and dust, measured in micrometres according to the size of the individual element.

As a general rule, the lower the PM, the more dangerous the pollutant is, as very small particles are more likely to bypass the body’s defences and potentially cause lung and heart problems. Air pollution can also take the form of gases, such as nitrogen dioxide, ozone, sulphur dioxide and carbon monoxide.

Health experts have highlighted diesel engine exhaust emissions (DEEE) as of particular concern, being associated with both nitrogen oxides and PM emissions.

Faced with potentially poor air quality in the urban setting, it is difficult to ascertain exactly how much protection pollution protection masks afford cyclists, varying as they do.

Professor Frank Kelly, Director of the Environmental Research Group at Kings College London was recently quoted in the Evening Standard as saying, “Masks come in a range of specifications from useless to pretty good for dealing with emission gases like nitrogen dioxide — better masks have activated charcoal filters… For particulate matter, some masks will filter out the larger particles but none will deal well with the ultra-fine particles.”

How can commuter cyclists protect themselves?

The air quality experts at King’s College London recently launched a new public health website called Breathe London which points out that whilst cyclists in London often feel that they are exposed to high levels of pollution as they cycle amongst traffic; research has shown that the health benefits of cycling outweigh the risks. Breathe London offers the following tips to reduce exposure to air pollution whilst cycling, noting that:

Useful as the above tips are, as in any health and safety setting, controlling exposure at source is always best. In this regard, cyclists may be encouraged by a recent ruling by the UK’s Supreme Court in a case brought by ClientEarth, a group of environmental lawyers, after the UK breached EU air pollution limits. In April 2015, the Court ruled that the government must produce new UK air quality plans “in the shortest time possible” to cut air pollution.

Client Earth is pushing for “a national network of low emission zones” as “the cornerstone of the new plan”. While Germany has around 70 low emission zones, there are currently only four such zones of different sizes in the UK — in London, Oxford, Norwich and Brighton.

Whatever form the new plan takes, cyclists on their daily commute will no doubt look forward to a future of lower exhaust emissions.